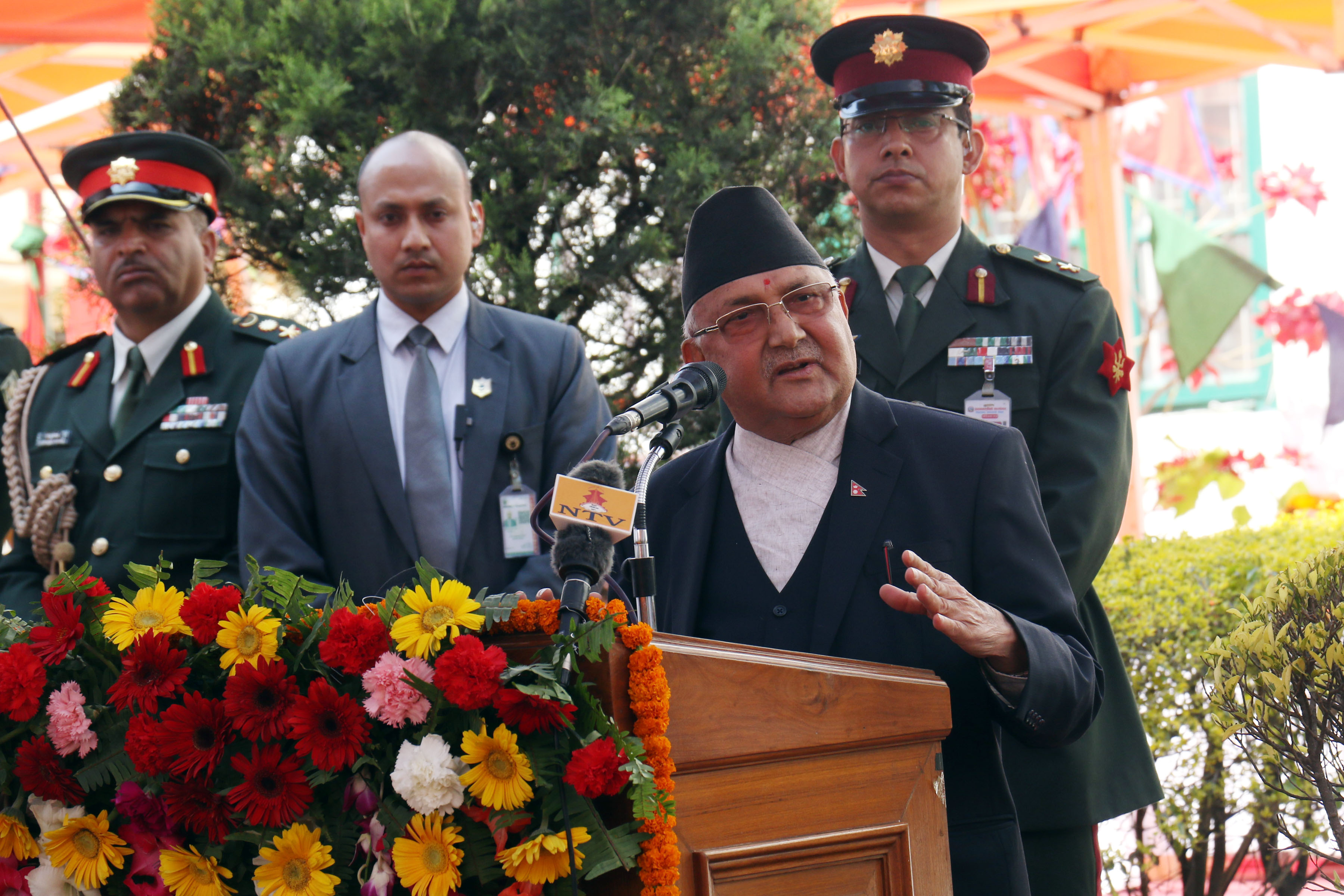 Nepal Foreign Affairs (11 March 2019) – Prime Minister KP Sharma Oli has said the secessionist and separatist mentality and movement has come to end following the agreement reached between the government and the Alliance for Independent Madhes.

Addressing to the 18th anniversary programme of the National Security Council Secretariat here today, PM Oli opined that the termination of separatist activities in a smooth and cheerful manner was an important and positive achievement in the nation’s peace and security.

The government and the Alliance led by CK Raut inked an 11-point political agreement on March 8. The Alliance had been waging a movement in the Madhes putting forth various demands.

Stating that the agreement which encourages giving up secessionist activities and joining the mainstream of national politics is a very big thing, he said only some people having personal dissatisfaction and vested interest were opposing it.

PM Oli said, “Resolving what looks like a minor thing but which is very harmful is in itself a significant task. What kind of democracy would it be if we say that we should not function in accordance with public view on issues other than the independence, integrity and autonomy of the state.”

He made it clear that there could not be a referendum on issues of the national sovereignty, indivisibility and independence. “There are some people who have become restless like the fish without water when the separatist activities have been blunted. Holding a referendum on topics that undermine the national integrity and sovereignty is unthinkable,” the PM asserted.

Stating that the issue of national security should not be seen only from a singular or narrow mindset but understood as a wider dimension, Prime Minister Oli said the matter whether someone’s interest meet with the force that is disturbing peace and order and on extortion spree within the veil of revolution should be analyzed.

He said that the National Security Council had the role in ending the separatist activities, Pm Oli said: “The Council will play a role to the extent of guaranteeing the national security.”

Stating that the Council works becoming centred on the security of the entire nation and the people, he said the Council would move ahead by analyzing the situation as to what challenges are there regarding the country’s sovereignty, independence, territorial integrity and national interests.

The PM said Nepal, as the chair of the SAARC, stressed on addressing the people’s aspiration, achieving development and prosperity by keeping goodwill and understanding withal including the neighbours. Our efforts and competition should be directed towards peace, development and the use of new technology, he added.

On the occasion, Deputy Prime Minister and Minister for Defence Ishwor Pokhrel said that Council was working towards forging a viewpoint by rightly analyzing the security concerns and situation.

Furthermore, DPM Pokhrel said, “It’s high time the Secretariat should move ahead in a new speed and guided by the national interest and need.”
Secretary at the Ministry of Defense Reshmiraj Pandey asserted that the Secretariat was working with action-plans to effectively discharge the duties entrusted by the constitution.

The constitution stipulates that there shall be a National Security Council for making recommendations to the government, council of ministers for the formulation of policy on overall national interest, security and defence of Nepal and for the mobilization and control of the Nepal Army.