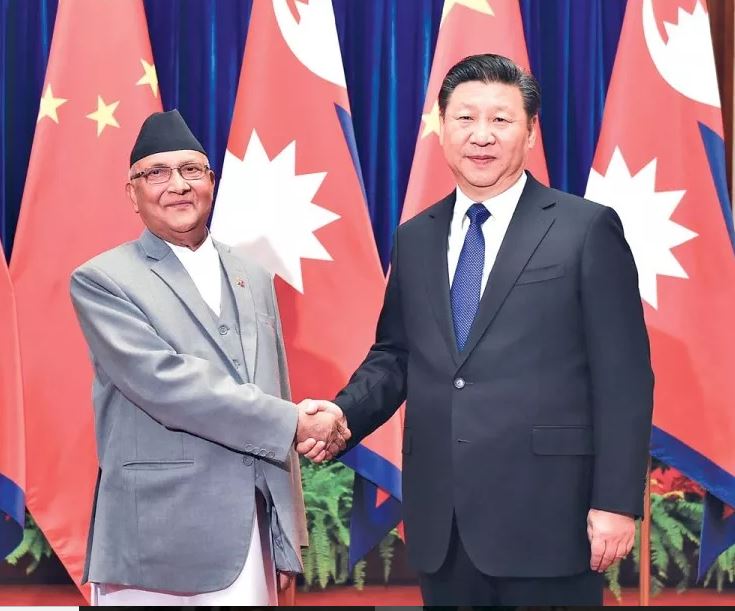 The last time Nepal Prime Minister KP Sharma Oli visited Beijing was in February 2016, and the circumstances of that visit and the one last week could not have been more different. Four months after he had been elected to his first stint as Prime Minister, his country continued to reel from a bruising economic blockade at the India-Nepal border that New Delhi did nothing to ease. Oli responded by hitting where it hurt. He signed a wide-ranging transit and transport agreement with China to reduce dependence on India, including on rail connectivity, and for Nepal’s access to a Chinese port for movement of goods. Within months, his government lost the support of its coalition partners and he had to resign. After his re-election this year with a huge majority, India-Nepal relations have exhibited a new pragmatism. There is an evident attempt in both capitals to steer clear of zero-sum formulations between Nepal and its two big neighbours. Oli’s first visit abroad after becoming Prime Minister for a second time was to Delhi, though India-baiting played a big role in his return to power. Prime Minister Narendra Modireciprocated by visiting Nepal in May, his third visit to the country. It speaks to where bilateral relations are now that Oli’s 5-day official visit to Beijing last week has not set off panic in India. Oli has himself stressed that his government wants to intensify relations with both countries.

During Oli’s visit, Nepal and China have concluded some eight agreements, including a Memorandum of Understanding on “co-operation for railway connectivity”. The joint statement said both sides “underscored it as the most significant initiative in the history of bilateral cooperation and believed that it would herald a new era of cross-border connectivity between the two countries”. According to reports, the rail link will connect Gyirong, a trading port in the city of Xigaze in Tibet with Kathmandu, but not up to the Indian border as was feared in India. Under another MoU on “energy co-operation”, both sides have agreed “to study the possibility” of building oil storage facilities at sites identified by Nepal, and China will help research oil and gas resources in Nepal. China has signalled an interest in setting up three North-South economic corridors in Nepal. Nepal wants China to set up cross-border power transmission lines. The setting up of the commercially operated cross-border fibre optic lines is also referenced in the joint statement. Most of all, though, Oli made the case for Chinese investment in Nepal. From the joint statement, it does seem as if the 2016 agreement between the two countries, the one that spooked Delhi, has not made the kind of rapid progress that both sides had appeared to want at the time.

Instead of agonising over what China is doing in Nepal, Delhi would do well to fast-track the delivery on its own commitments to its Himalayan neighbour. It is telling that India and Nepal finalised a long pending agreement on opening more air routes into the country for international flights over Indian air space just three days before Oli embarked on his Beijing visit. India signed this year its own “path breaking” agreement on rail connectivity from Raxaul to Kathmandu, one on inland waterways for freight movement, and another on co-operation in agriculture. During his visit, Modi inaugurated jointly with Oli, Arun III, the 900 MW hydropower project in north-eastern Nepal, which India will fund to the tune of $1.5 billion. India has also begun work on a petroleum pipeline. Sandwiched between two big countries, it is natural that Nepal should seek to maximise its geography to its own advantage. To that end, it has a tough balancing act to do, and India — no stranger to tightrope walks itself — should be able to appreciate that.