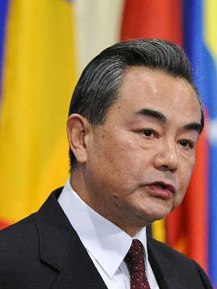 By Ai Jun (Global Times, 21 September 2019) – On a sunny day, media in Beijing focus their eyes on a hearing, as a group of members of China’s Standing Committee of the National People’s Congress (NPC), legal experts, diplomats, human rights representatives and anti-gun groups from the US gather at the Great Hall of the People in downtown Beijing to examine gun violence in the US and hear, first-hand, testimonies from witnesses, including US anti-gun activists.

Reports say 393 million civilians own firearms in the US with a population of 329 million.

Since Abraham Lincoln was assassinated in 1865, the debate over gun control has never ceased among Americans. Yet seven score and 14 years later, people in the country can still purchase guns easily in supermarkets or local gun stores. Mass shootings in the US have remained constant. The number of victims is growing rapidly. “The US is home to 5 percent of the world’s population, but experienced 31 percent of public mass shootings worldwide between 1966 and 2012,” Time Magazine reported in 2015.

The Washington-based think tank Pew Research Center claimed in August 2019 that “39,773 people died from gun-related injuries in the US” in 2017, which is “the most recent year for which complete data is available.” From 1968 to 2011, about 1.4 million people have died from firearms in the US. This is approximately equal to the number of casualties in the Vietnam War.

Gun violence has become one of the most severe human rights crises in the US. What’s more important: human rights or human life?

Some Chinese human rights associations and legal experts have been very concerned about the issue in the US. They hope to pass a bill – the US Human Rights and Democracy Act – to combat the crisis in the US. They have proposed submitting an annual report to the two sessions – China’s top legislative and political consultative meetings – to urge the US government to attach greater importance to human rights issues.

The legislation requests the NPC to evaluate annually whether the US is safe enough for Chinese companies, scholars and students to continue their development or studies there; make a list of institutions, entrepreneurs and companies responsible for gun violence by selling firearms or supporting pro-gun policies, and restrict their activities in China. Chinese human rights groups are also drafting programs to support various anti-gun movements in the US.

How does that sound?

Rest assured, all these are only hypothetical. China will not put any of them into practice, because the country adheres to the principle of noninterference in other countries’ internal affairs.

China is aware that the gun control issue is complicated, which the US government can hardly deal with any time soon – although it does touch upon basic US human rights. China is not a hegemon, nor will it seek hegemony. Even when China overtakes the US as the world’s largest economy, Beijing will not impose its political will on others.

The hypothetical scenario in Beijing, however, is happening in Washington in reality. Some members of the US Congress, despite being very young, are used to the US hegemonic mind-set, pretending to be the “savior” of the world. At a congressional hearing on Tuesday, some US politicians invited young leaders of violent riots in Hong Kong, including Joshua Wong Chi-fung, to discuss the human rights issues in the city and the Hong Kong Human Rights and Democracy Act of 2019, which interferes in China’s domestic affairs.

If Beijing does the same things to Washington, which China is fully capable of but has exercised restraint, how would the US respond?

The US has been constantly interfering in other countries’ internal issues in the past decades, including selling weapons to Taiwan, arranging meetings with separatist forces such as the Dalai Lama, invading Grenada in 1983 to overthrow the country’s then-Marxist regime, and sending troops to Iraq in 2003 to overthrow the government of Saddam Hussein. Not to mention a 2016 study by Dov Levin, a Carnegie Mellon University professor, which found that the US intervened in 81 foreign elections from 1946 to 2000, the Los Angeles Times reported in 2016.

Noninterference in each other’s internal affairs is a basic principle of international law. If every country turns its back on it, how chaotic will the world become?