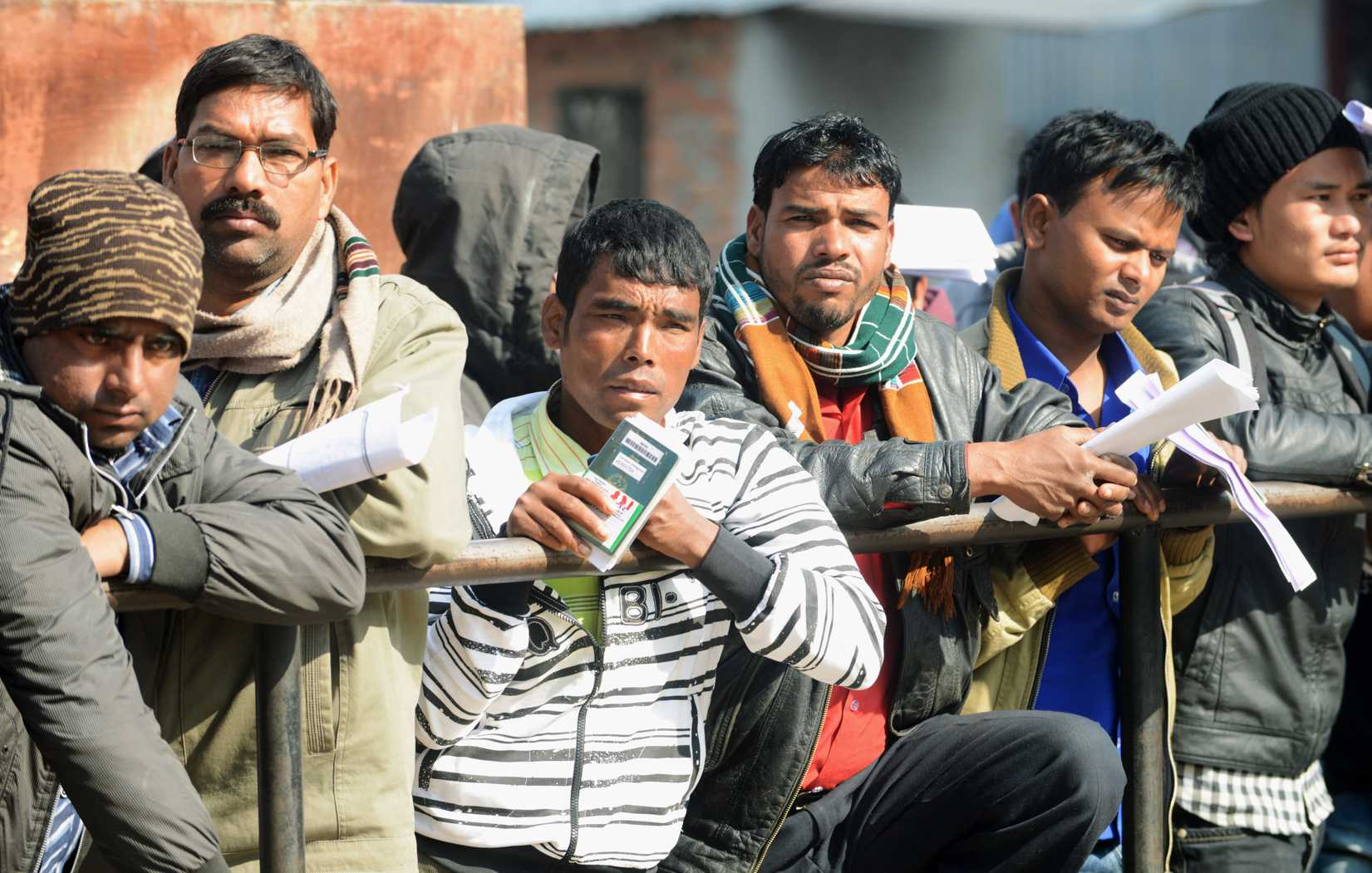 Nepali workers going abroad in search of jobs declined by 37.3 per cent in the first 11 months of the last fiscal year, according to a macroeconomic and financial report of Nepal Rastra Bank (NRB).

It had decreased by 8.2 per cent in the corresponding period in the previous year.
A total of 214,827 Nepalis have left the country for foreign jobs in the first 11 months of the last fiscal year while 358,815 Nepalis went abroad for jobs during the same period previous fiscal year.
It has been learnt that the number of outgoing workers declined after the government imposed ban on Malaysia-bound workers. Malaysia has been the biggest labour-receiving country for Nepali workers.
During the review period, a total of 7,331 Nepalis workers had gone to Malaysia and this number is less by 93 per cent compared to the same period previous fiscal year, the report said.
During the review period, the number of Nepali migrant workers for Qatar, Kuwait, Bhrain, Oman, South Korea and Israel has also declined significantly while more Nepali workers went to UAE, Saudi Arabia, Afghanistan and Japan during the period.
A total of 71578 Nepali workers went to Qatar, 14,498 workers flew to Kuwait, 4,214 workers to Bahrain, 2,535 to Oman, 77 to South Korea and 56 to Israel.
Likewise, about 56,451 Nepali workers had gone to UAE, 41,308 to Saudi Arabia, 1,614 workers to Afghanistan and 877 workers to Japan in the first 11 months of the last fiscal year.
Although the numbers of Nepali migrant workers has declined sharply, the inflow of remittance has increased significantly as a large number of labour stock was abroad which contributed to the increase in the inflow of remittance, said Dr. Gunakar Bhatta, executive director of NRB.
Tightened informal trade by the government, growing access of Nepali banks abroad, including Korea, Australia and strong US dollar contributed to the increase of remittance, he said.
“Large number of Nepali workers is still abroad and they are contributing to national economy by sending their earning. Even though outflow of migrant workers has declined, the volume of remittance inflow will not decrease for the next two years,” he said.
He, however, the growth rate of remittance inflow will be decreased.
The outflow of Nepali workers has decreased for the last couples of year due to increase jobs opportunities within the country and other issues relating to Nepal and job destination countries.