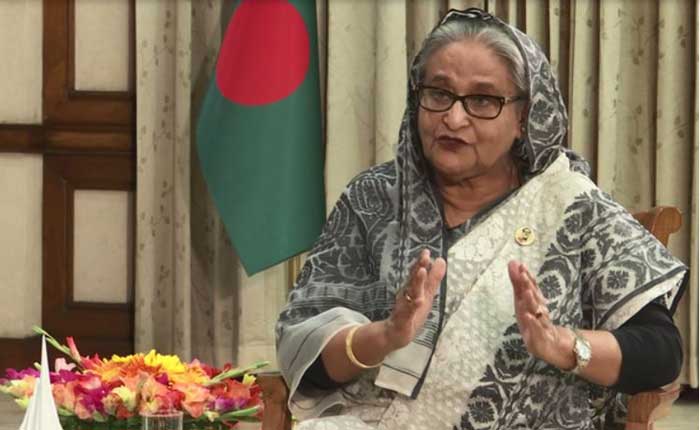 ANI, 4 September 2022 : The Rohingya migrants are a “big burden” on Bangladesh and the country is reaching out to the international community to ensure they return to their homeland, Prime Minister Sheikh Hasina said adding that she feels India could play a major role in resolving the issue.

In an interaction with ANI, Hasina confessed that the presence of lakhs of Rohingyas in Bangladesh had created challenges for her regime. “Well you know… for us it’s a big burden. India is a vast country; you can accommodate but you don’t have much. But in our country… we have 1.1 million Rohingya. So well… we are consulting with the international community and also our neighbouring countries, they should also take some steps so that they can go back home,” Hasina said.

The Bangladesh prime minister said that her government had tried to take care of the displaced community keeping the humanitarian aspect in mind. “This Rohingya, yes… on humanitarian ground we give them shelter and providing everything but during this COVID, we vaccinated all the Rohingya community. But how long they will stay here? So in the camp they are staying. Our environment hazard is there. Then some people engage in drug trafficking or some arms conflict, women trafficking. Day by day it is increasing. So as quick as they return home it is good for our country and also for Myanmar. So we have been trying our best to pursue them, we’re discussing with them and also the international community, like ASEAN or UNO, then other countries,” Hasina said.

The Bangladesh prime minister said that her country had offered shelter to the Rohingya when they were facing many troubles. “But now they should go back to their country. But India as a neighbour country, they can play a big role on it, I feel that,” Hasina added. Prime Minister Hasina is set to begin her four-day visit to India from Monday. During the interview, Hasina was also asked about her country’s cooperation with India on river water sharing especially with regard to Teesta river. Hasina said that while there were challenges, they were not anything which could not be resolved mutually. “It is very sad that, we are in a… you know… downstream. So water is coming from India, so India should show more broadness. Because both the countries will be beneficiaries. So sometimes our people suffered a lot because of this need of water. Especially Teesta, we could not go for harvest and so many problems take place. So I think it should be solved but, yes we found that the Prime Minister is very… you know… eager to solve this problem, but the problem is in your country. So… we hope that it should, you know… it should be solved,” Hasina said.

She added that the two countries shared the water of the river Ganges. “Only Ganges water we share. The water, we signed the treaty. But we have another 54 rivers. Yes… So it’s a long standing problem, so it should be solved,” she said.