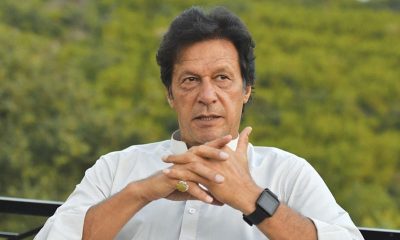 The festival is being celebrated in Pakistan on Monday and Tuesday.

Wishing all our Hindu community a very happy and peaceful Holi, the festival of colours, the prime minister tweeted.

The Balochistan provincial government on Sunday announced a two-day holiday for the Hindu community to celebrate Holi.