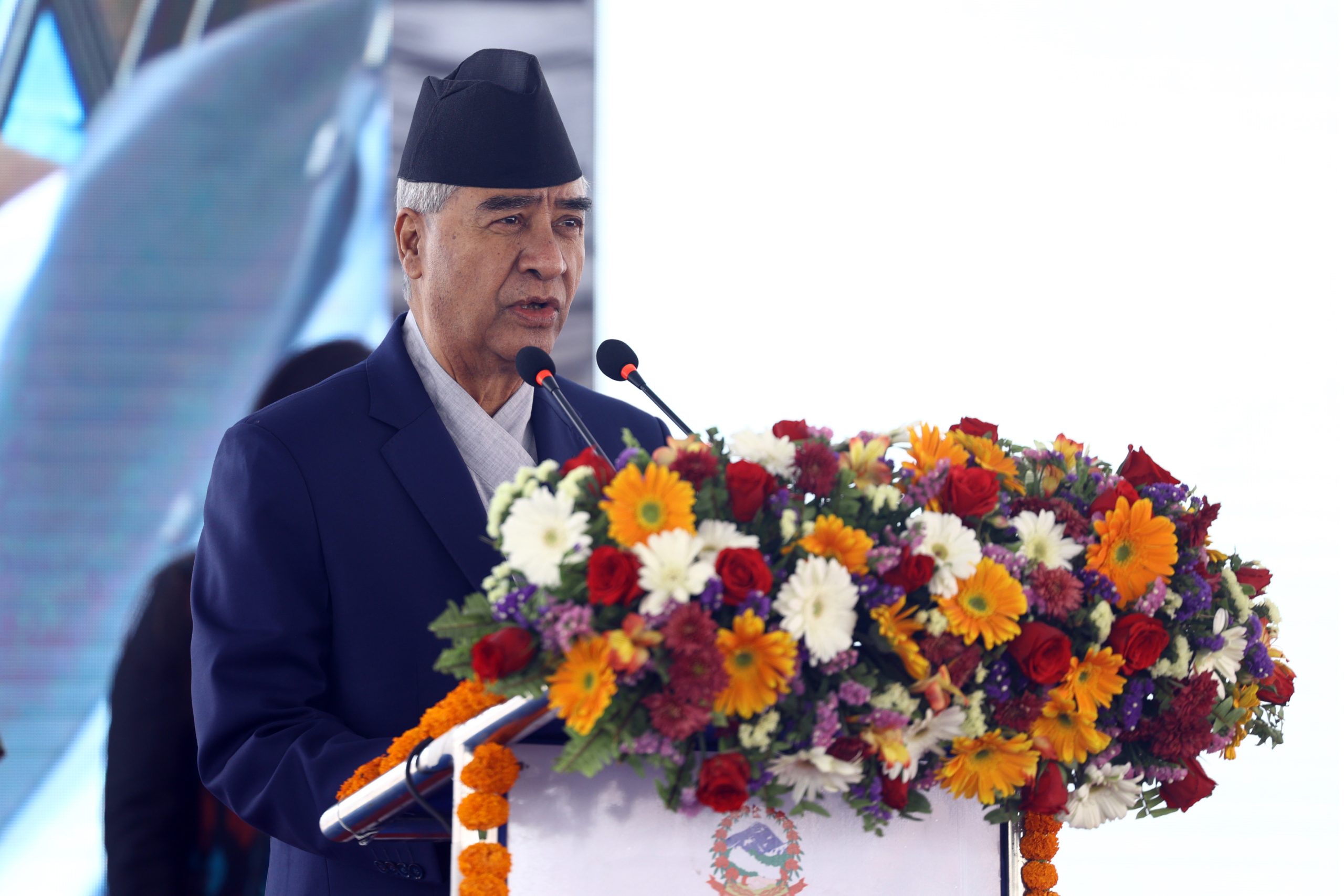 On the occasion, he expressed the confidence that construction of Nepal’s first dry port would be a milestone in developing federal capital Kathmandu as an international trade hub. It would surely play special role in facilitating export-based trade and availability of an one-stop service including customs screening and quarantine would reduce costing and help administrative process, the prime minister explained.

PM Deuba further claimed that the dry port would promote export by facilitating trade and enhancing transparency. The dry port is expected to further ease the trade through Kathmandu and make the trade of goods and services competitive and effective by reducing costs involved in the export. Saying that administrative hassles are still pervading especially in the transport of goods and service in Nepal’s foreign trade, PM Deuba said such a high-quality trade infrastructure would help lessen the hassles.

“Taking this problem into consideration, the government has laid emphasis on the construction of the dry port and improvement of border checkpoints and customs corridor”, he said, stressing the need of developing such infrastructure for the promotion of international trade. PM Deuba said trade deficit could be reduced by increasing competitiveness of the trade and industrial products of Nepal and exporting Nepal-made goods to international markets. By doing so, Deuba claimed domestic and foreign investors would be attracted in industrial development that would ultimately help create jobs within the country.

The PM assured that his government was committed to create enabling environment for industrial development and attracting foreign investment and shared that various programmes were introduced for reforms at policy-level and procedural level for the same. Pledging continuity for reforms and measures to boost industrial development, he asserted, ‘It’s imperative to emphasize increasing national productions based on local raw materials and local skills to reduce trade deficit. On the other hand, development of trade-related infrastructures is needed to reduce the cost of import” Furthermore, the PM spoke of the need to simplify and reduce the existing procedural hassles in foreign trade and said he was ready to collaborate with the private sector to promote trade.