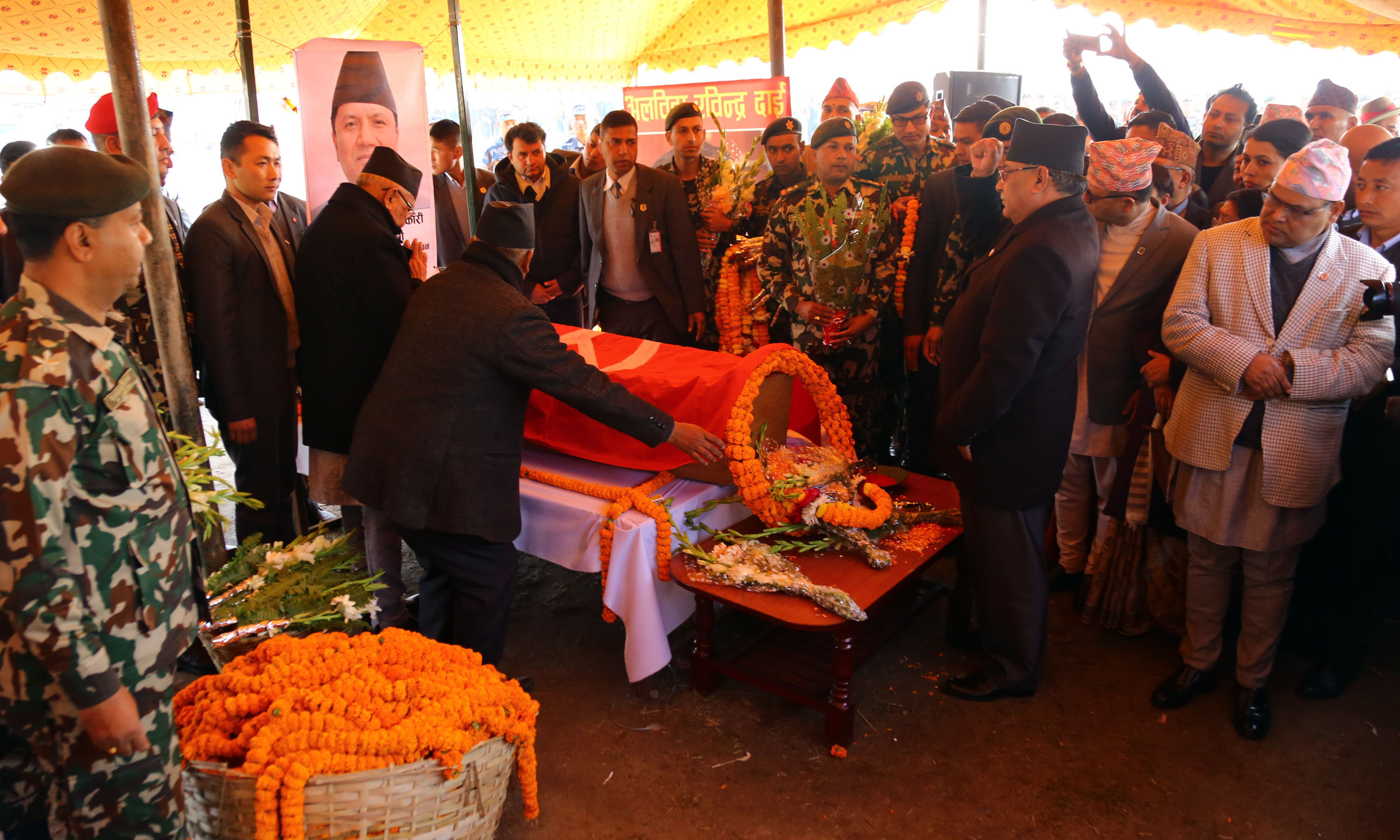 A helicopter carrying a team with Minister Adhikari crashed at Darebhir in Taplejung on Wednesday on the way back to Kathmandu via Pathivara.
All the dead bodies airlifted to Kathmandu from Taplejung on Thursday afternoon have been kept at Tundhikhel for tribute.