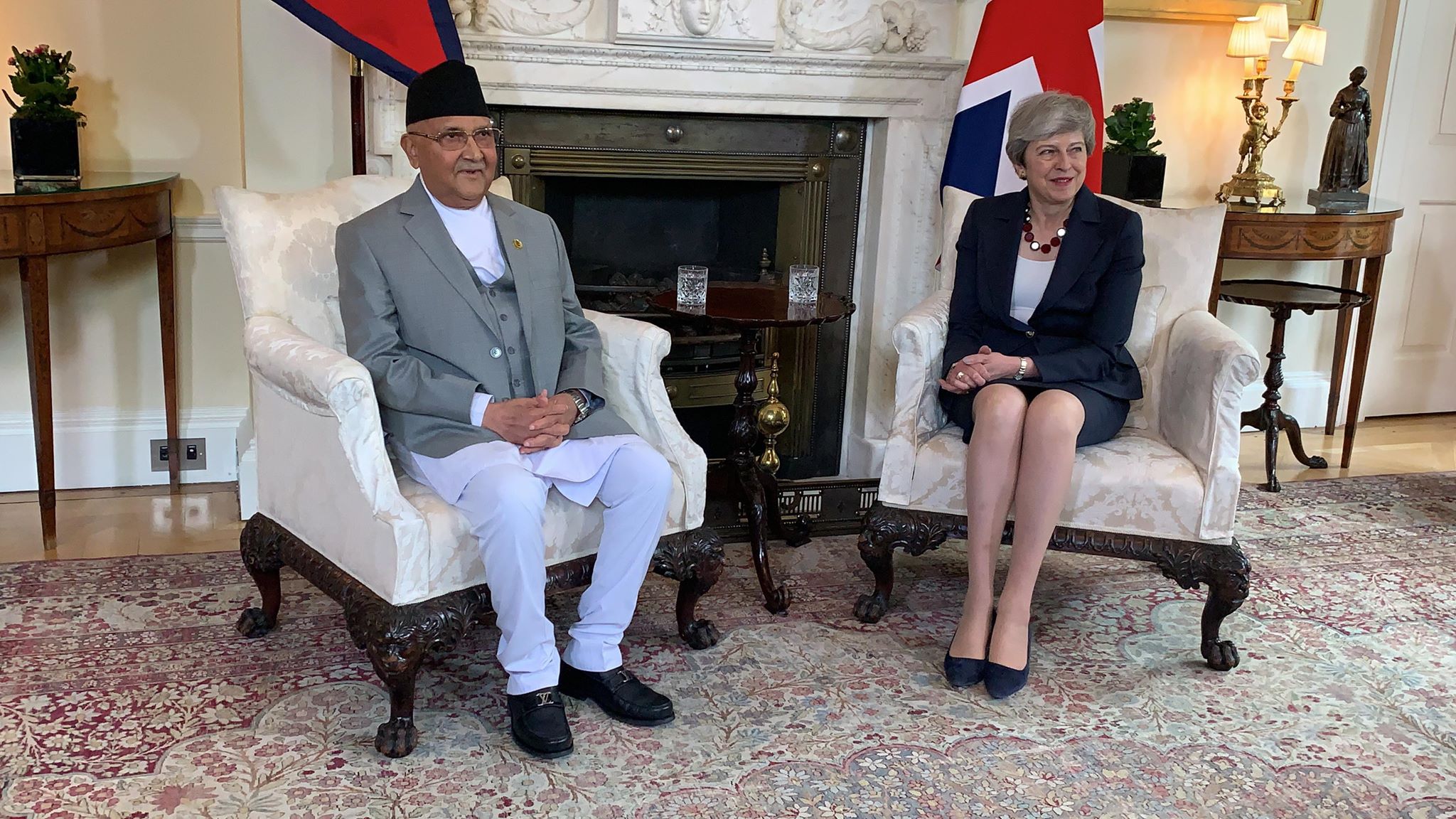 Prime Minister Oli was accompanied by his wife Radhika Shakya during the audience.
Prince Harry was on his official visit to Nepal during Oli’s first stint as Prime Minister of Nepal in 2016.
Prince Harry also travelled to the areas affected by the devastating earthquake of April 2015 and worked as a labourer to rebuild a school damaged by the quake in Lapubesi in Gorkha.
Likewise, Prime Minister Oli held a meeting with his British counterpart Theresa May also on Tuesday.
The meeting held at 10 Downing Street lasted for half an hour meeting. It was learnt that the two prime ministers dwelled on the issues of existing bilateral relations and various ways to further expand the ties. UK is the first country to have diplomatic relations with Nepal.
Minister for Foreign Affairs Pradeep Kumar Gyawali, Foreign Secretary Shankar Bairagi and Nepal’s Ambassador to UK Durga Bahadur Chhetri were present during the meeting.
Prime Minister Oli reached London on Monday after attending the centenary meeting of International Labor Organisation (ILO) in Geneva.
Earlier, PM Oli addressed a special program at Oxford University organised by Oxford Union on Tuesday evening.