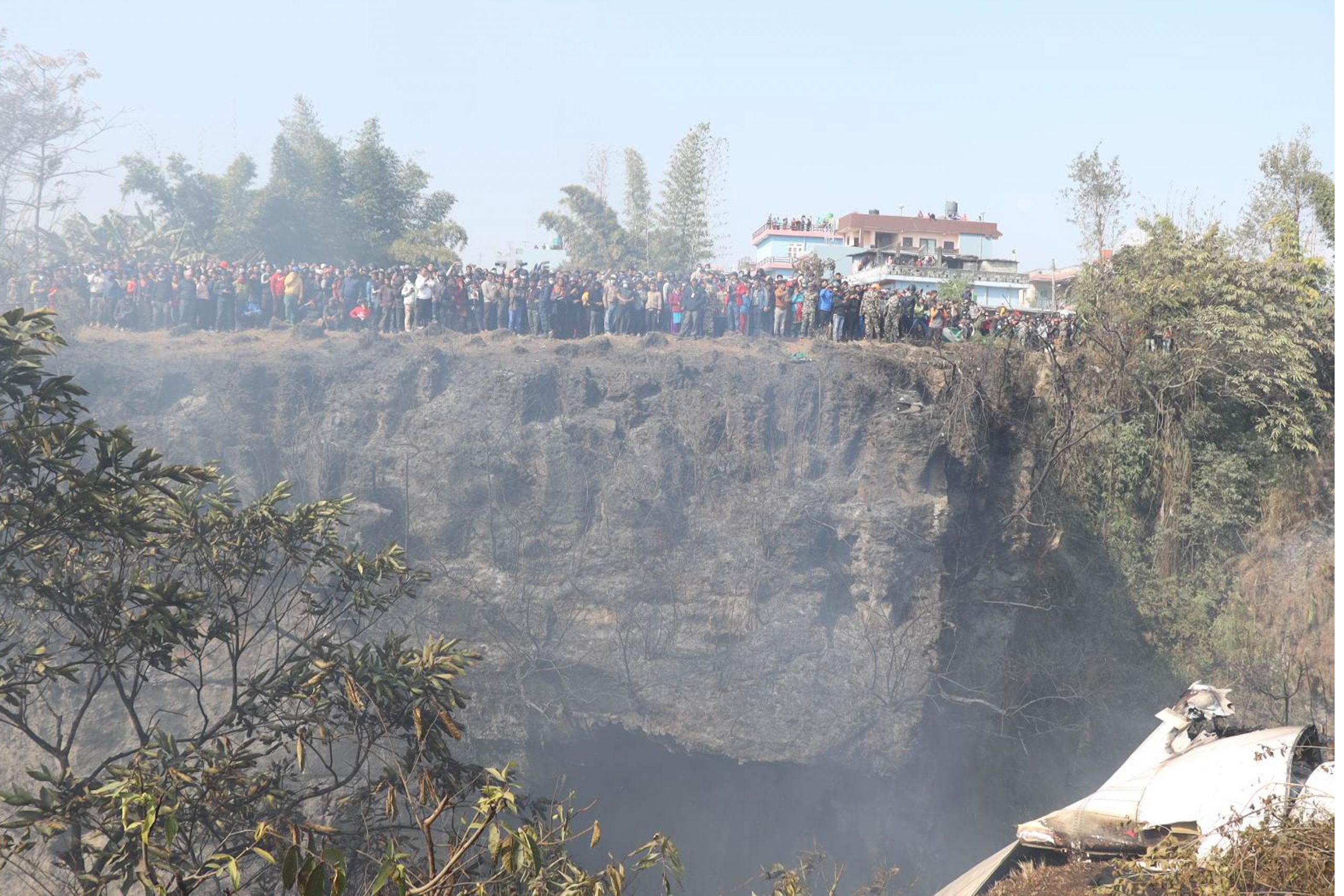 KATHMANDU- A total of 68 bodies have been retrieved from the site where the ATR-72 plane belonging to Yeti Airlines crashed in Pokhara of Kaski late this morning.

According to Kaski’s Assistant Chief District Officer Anil Shahi, crane is used to undertake rescue efforts as the plane fell deep down into the Seti River gorge. Thirty-one bodies have been already taken to the Pokhara-based Gandaki Hospital for post-mortem examinations.

A total of 72 people: 68 passengers and four crew members were onboard the plane that had flown from Tribhuvan International Airport to Pokhara at 10:33 am today. Among the deceased, 53 are Nepalis, five Indians, four Russians, one Irish, one Argentinian, two Koreans and one French national.