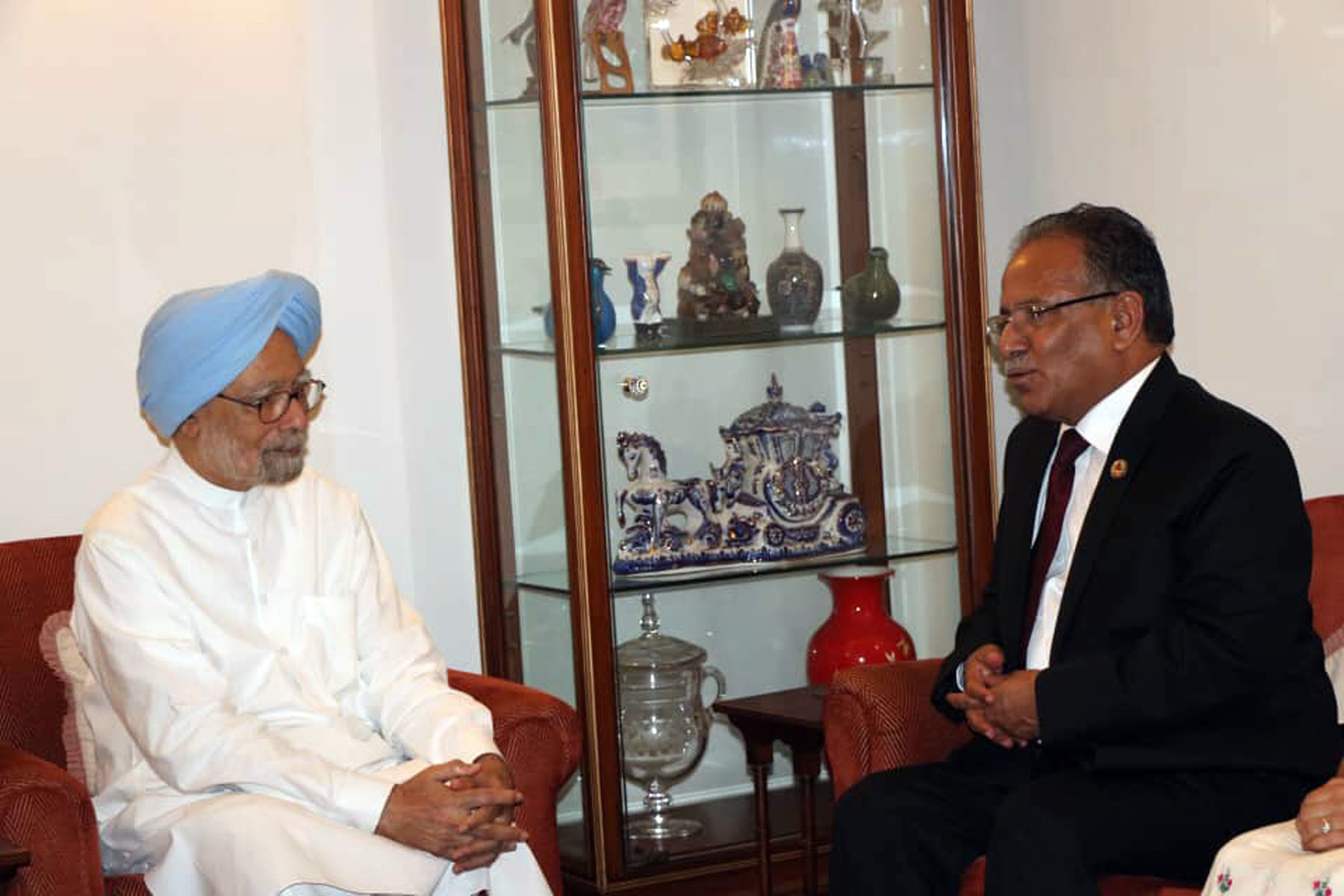 During the meeting, Prachanda thanked the Indian leader for his support to advance Nepal’s peace process during his premiership.
Likewise, Singh expressed his pleasure towards Nepal’s concentration on development at present after completing the peace process and promulgating new constitution.
According to Prachanda’s secretariat, the Indian former PM assured their supports to Nepal’s development efforts though the Indian Congress.