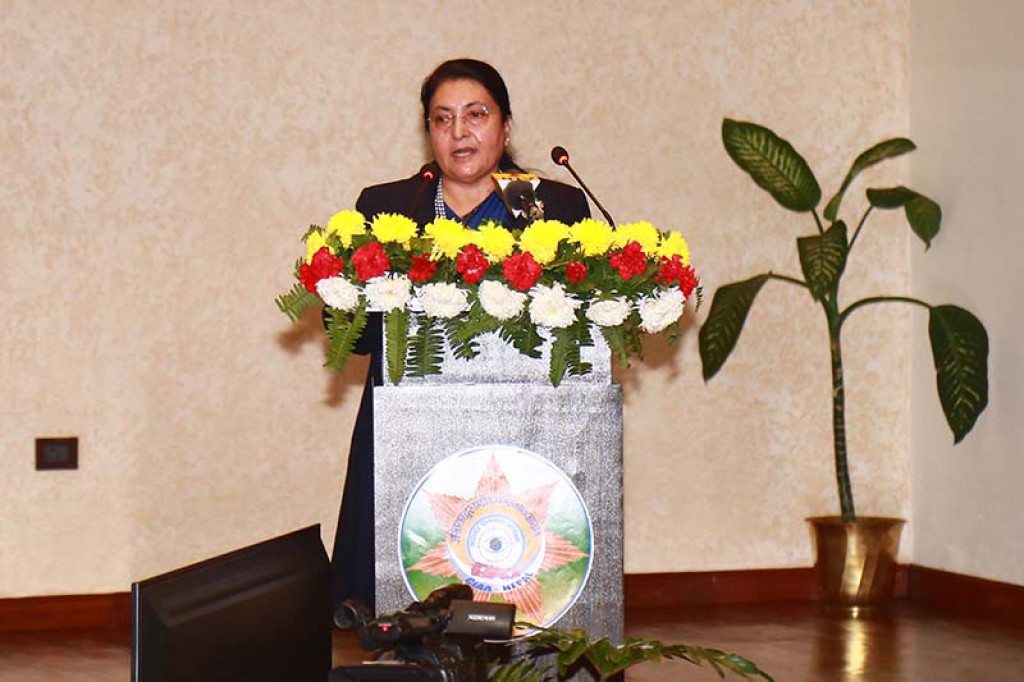 KATHMANDU- President Bidya Devi Bhandari has said proper mobilization of capital is essential to the economy oriented to self-reliance.

The President made such observation at the third annual general meeting of the Confederation of Bank and Financial Institutions Nepal (CBFIN) in the federal capital on Friday. “Building self-reliant economy is present need while promotion of small and cottage industries is equally important to boost domestic productions,” President Bhandari said, adding that development of entrepreneurship helps create jobs.

Similarly, Nepal Rastra Bank Governor Maha Prasad Adhikari admitted that Nepali economy also witnessed the impact of global economy, and warned of challenges in the days ahead. “Although the economy has seen slight progress, it is yet to free from challenges,” he informed. CBFIN’s Chairman Pavan Golyan shared the plight that general people had the illusion that BFIs were imposing huge interest rate. “BFIs are transparent. They have been releasing the financial details every three months,” he reminded. He however said industries were adversely impacted with the rise of interest rate on bank loans.