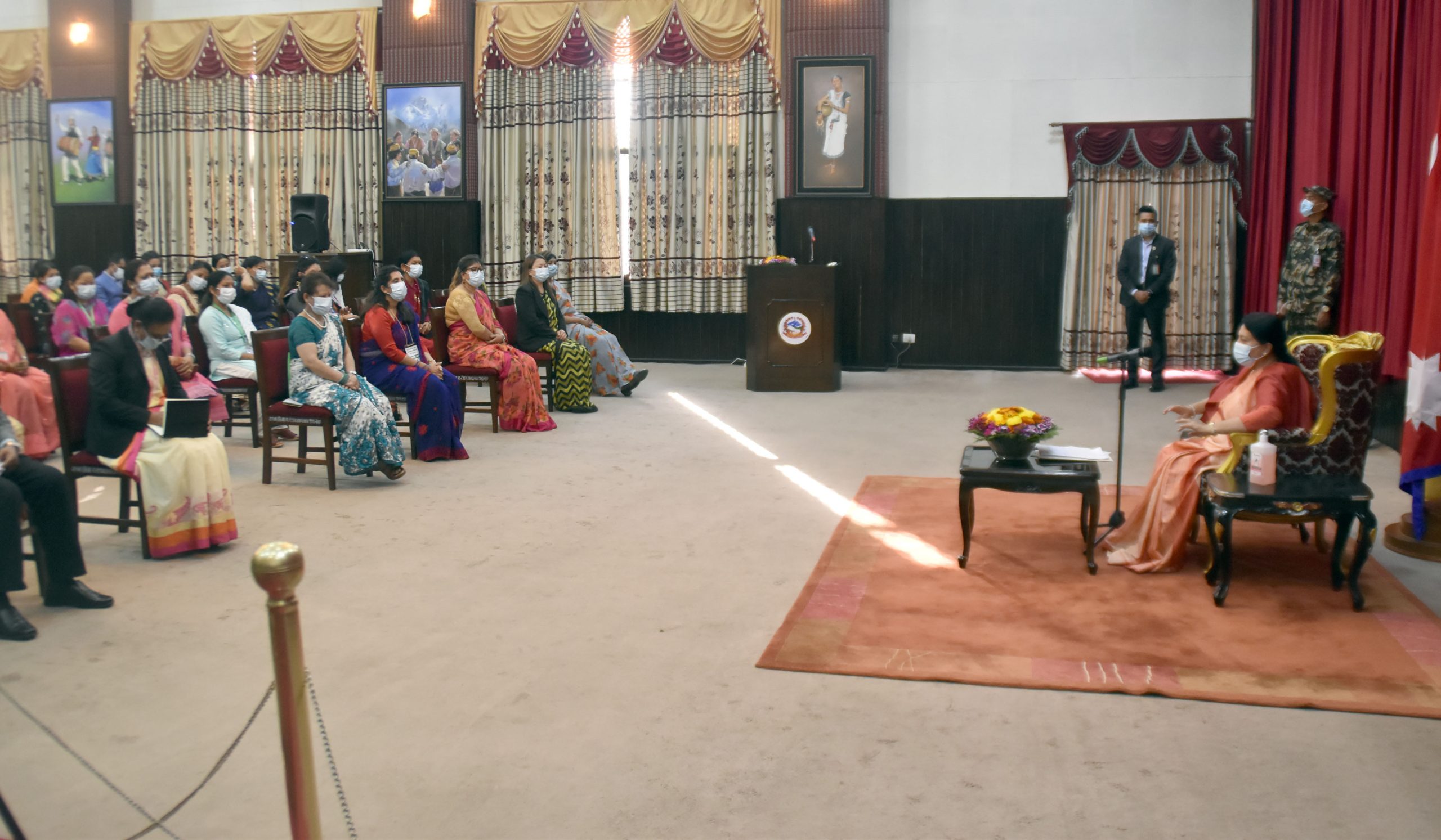 RSS (KATHMANDU, 14 March 2022) – President Bidya Devi Bhandari has said the root causes of foreign employment should be addressed for its sustainable solution.

Receiving the ‘Kathmandu Declaration’ issued after the 5th National Meeting of Victims of Trafficking to Combat Human Trafficking, the President said the State should create employment opportunities at home so that there will be no compulsion to go for overseas job.

The Kathmandu Declaration was jointly submitted today by two civil society organisations named Shakti Samuha and AATWIN Nepal. On the occasion, the President said, “A thorough study on women’s obligation to overseas migration should be conducted to identify the reasons and the State should address the causes of foreign employment for once and all.” The President was of the view that women migration is taking place, most probably, due to economic, social and educational issues and suggested that the government should unveil employment generating programmes in the districts with high rate of overseas migration.

Stating the poor implementation of Act and laws relating to foreign employment and trafficking in persons are also a problem, President Bhandari also assured to take initiatives to address the problems existing in the foreign employment. The President stated that the woes and sufferings of women migrant workers are of the entire country not merely of women migrants and pledged to address the issues of returnee women migrants through ‘President Women Upliftment’ programme. The two-day meeting concluded in Kathmandu on Monday by issuing 29-point declaration.