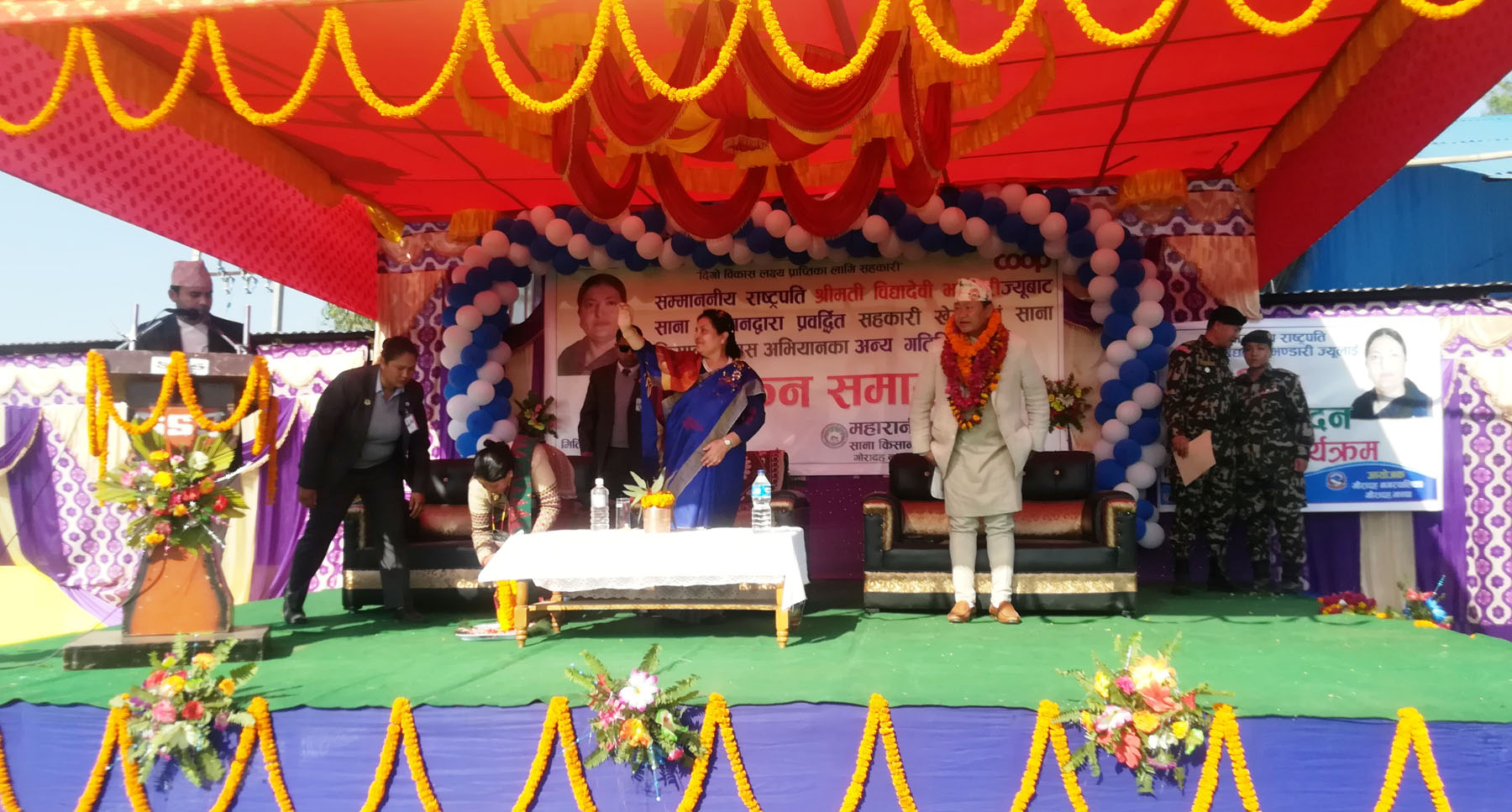 BHADRAPUR (2 January 2018) – President Bidya Devi Bhandari made an observation of the Model Agriculture Project at Gauradaha in Jhapa district today.

The Project has been implemented across 100 bigahas area by farmers associated with Women Agriculture Cooperatives Organization.
President Bhandari viewed the farming of wheat, maize and millet in the Project site from the helicopter.

The Head of the State is also scheduled to visit Chandradangi Agriculture Farm at Sibasatakshi Municiplaity-4 in the district today itself.
The Farm stretches across 84 bighas. Locals were elated with the news of the President’s visit to the Farm at the time when efforts were being made to convert the Farm into an Agriculture University, according to Agriculture Farm Board of Governors’ former Chairman, Dhundiraj Guragain.