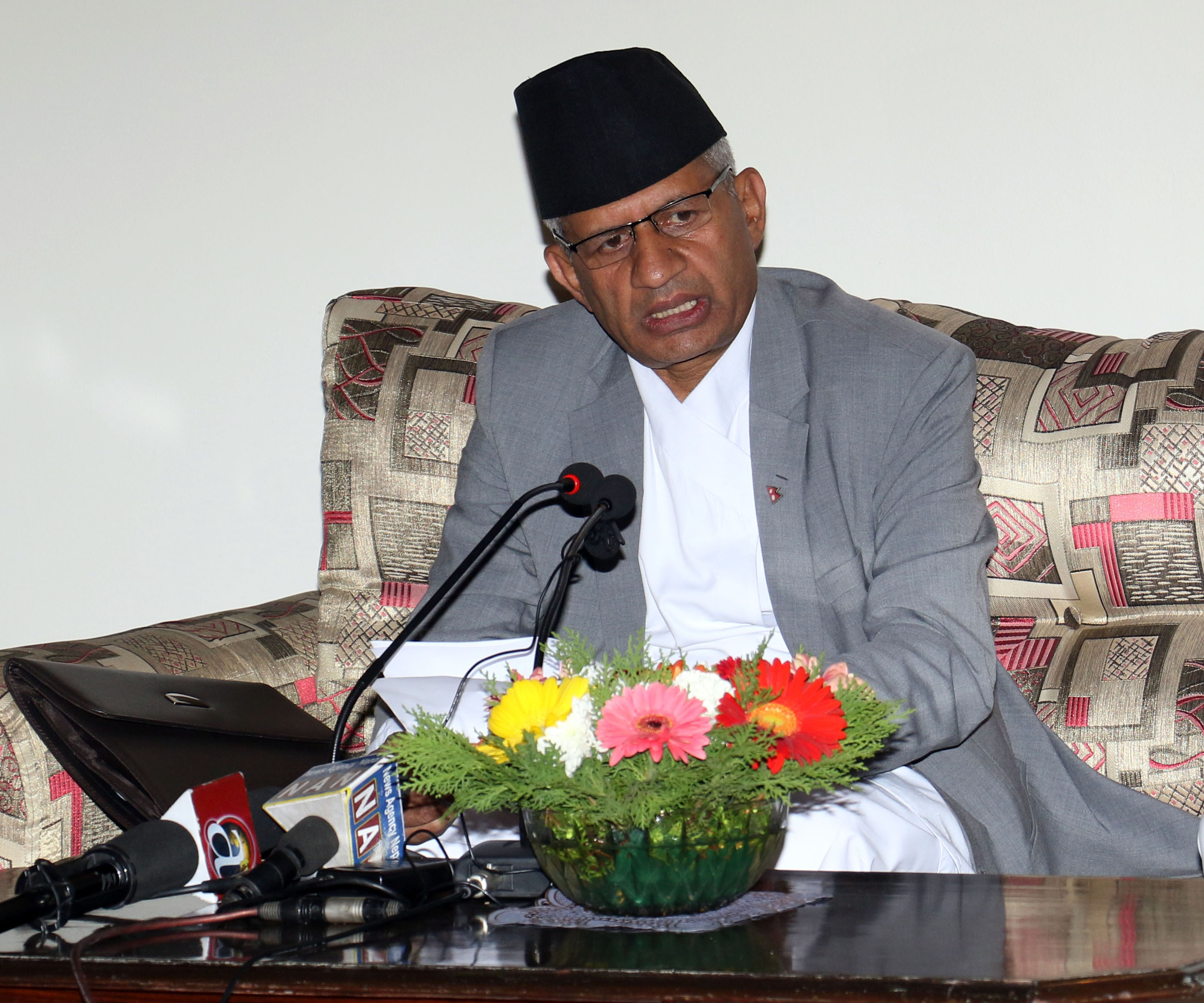 President Bhandari had left Kathmandu leading the Nepali delegation for Qatar on November 29 for the visit at the invitation of the Emir of Qatar Sheikh Tamim Bin Hamad Al-Thani.

Sharing about the achievements of the Qatar visit at a press meet held at the TIA, Foreign Minister Pradip Kumar Gyawali said the visit was productive and result-oriented in promoting bilateral interests between the two countries. “During the meetings, the members of the Nepali delegation urged the Qatari side for investment in Nepal’s agriculture, livestock, infrastructure development, exporting clean water and construction of airports,” Minister Gyawali said.

Stating that talks were held in detail concerning the welfare of the Nepali migrant workers in Qatar, Minister Gyawali shared that he had held a separate meeting with the Minister of Labour during the visit.

On the occasion, talks focused on the issues regarding return of the incapable migrant workers to their home country, availing treatment to them, enhancing their capacity and establishing skills development and training centres for the aspiring migrant workers among others to which, according to Minister Gyawali, the Qatari side took it with positivity.

The agreement signed on agriculture and food security has opened up avenues for the exchange of cooperation in this area. He shared that wider discussion was held on promoting organic farming in Nepal.

The document also includes the matter related to collaboration between the security officials of both the countries on security affairs, he further said.

The President addressed a programme organized by Qatar-Nepal Business Forum where she called on the private sector there to make investments in Nepal, the foreign minister added.

In a meeting held with Nepali workers in coordination with Nepali Embassy there, President Bhandari asked them to capitalize the knowledge, skills and competencies gained during their stay in Qatar to the development of Nepal.
In a courtesy call on by Qatar government officials and private sector investors on Thursday, President Bhandari called for making investments in the construction of new airport, hydropower, drinking water and food sectors in Nepal.
RSS