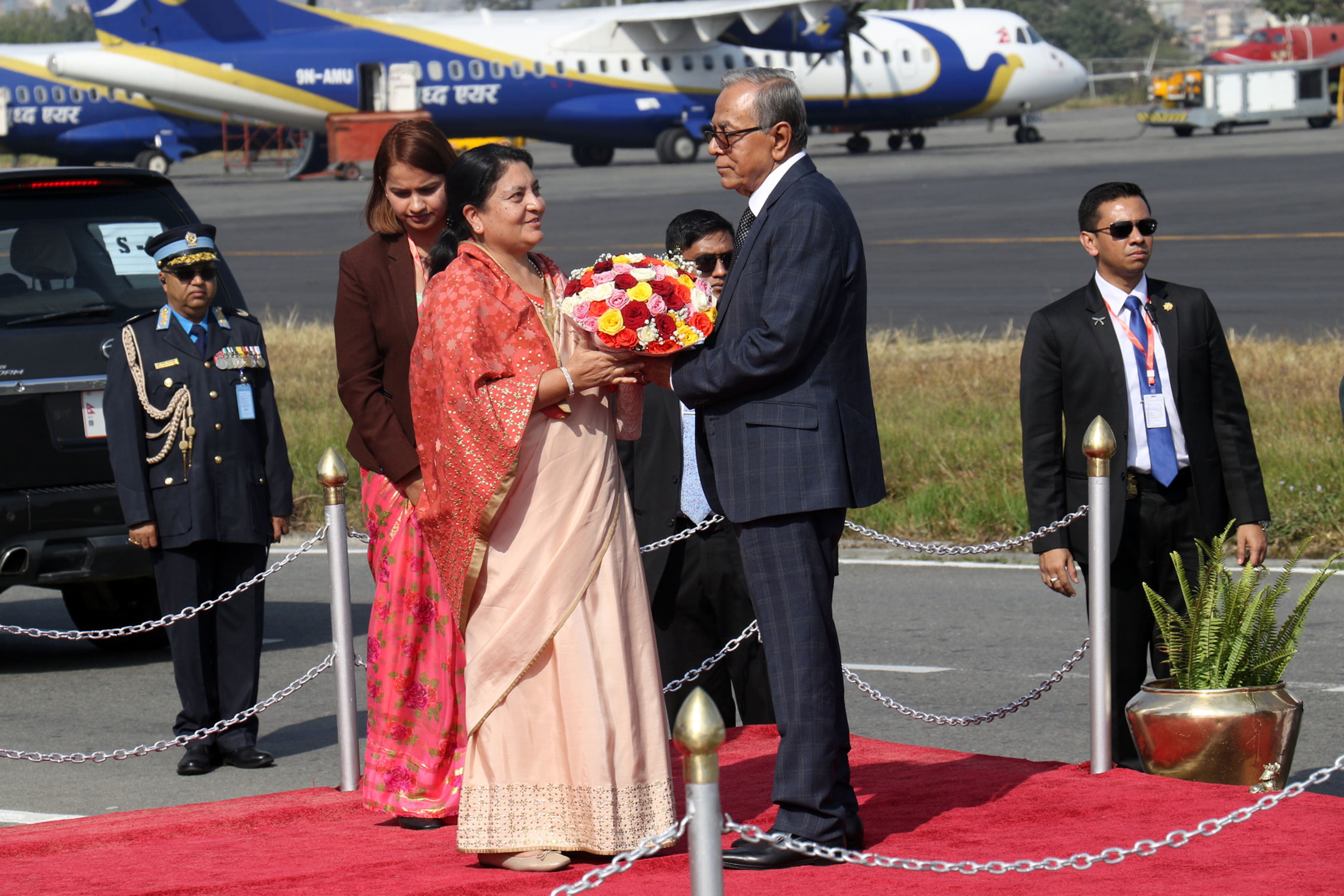 President Bhandari welcomed the Bangladeshi President at the VVIP Lounge of Tribhuvan International Airport (TIA). On the occasion, a group of Panchakanya (five girls) offered him wreaths at the same lounge. Prior to this, he was received by Minister for Physical Infrastructure and Transport Raghubir Mahaseth upon landing at TIA.

The President of Bangladesh was accorded a ceremonial welcome at TIA upon his arrival. A contingent of Nepal Army presented a 21-gun salute to him. Cultural processions featuring art and culture of all seven states were carried out. Deputy Prime Minister Ishwor Pokhrel, Home Minister Ram Bahadur Thapa and Foreign Minister Pradeep Kumar Gyawali were also present. Bangladeshi President Hamid is scheduled to meet President Bhandari at the Office of the President, Sheetal Niwas, on Wednesday afternoon.