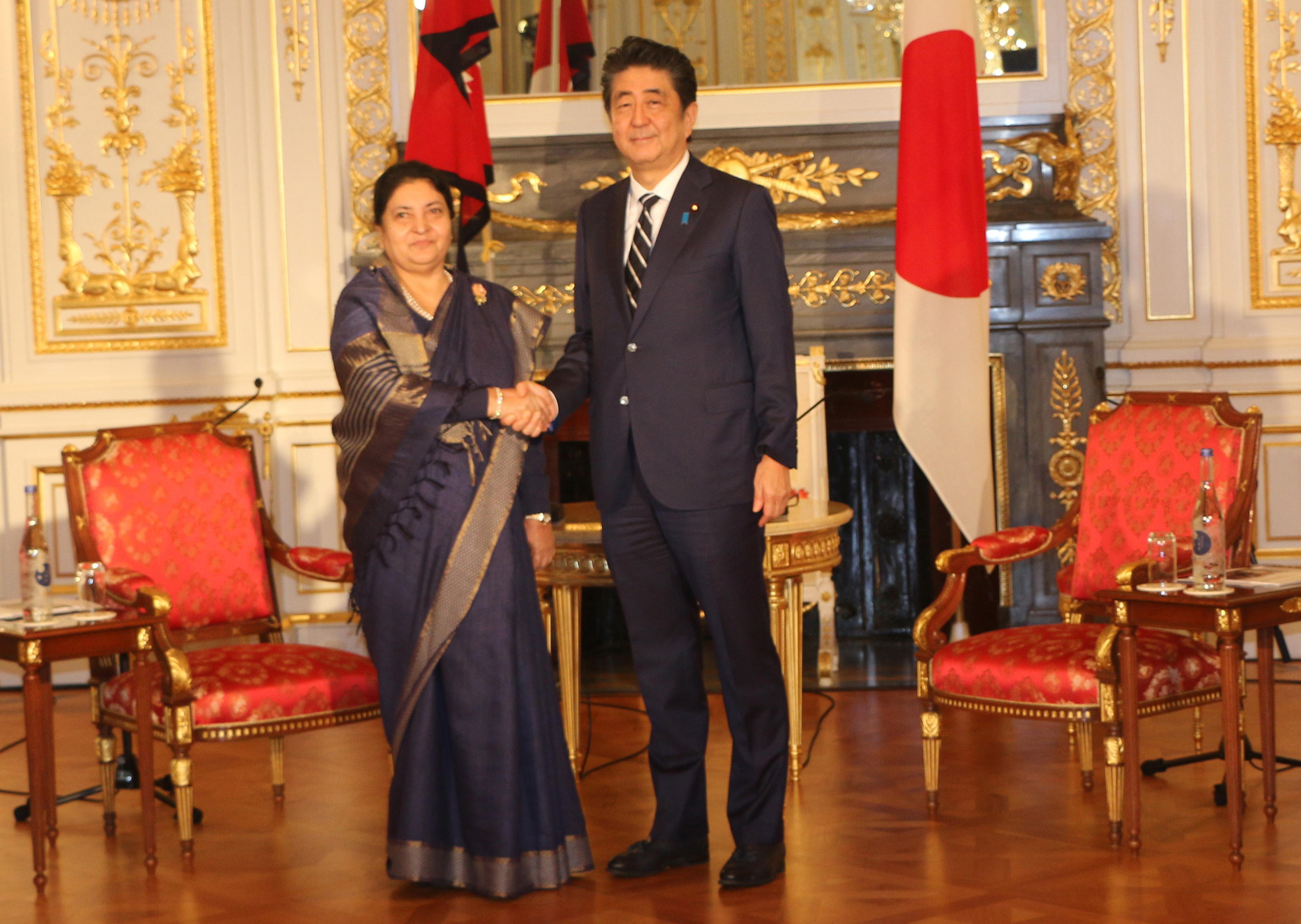 At a news conference organised here on Wednesday to inform about her visit, Minister for Home Affairs, Ram Bahadur Thapa, said that President Bhandari’s visit has helped further strengthen Nepal’s relations with Myanmar and Japan.

She also extended her grief over the loss triggered by Typhoon Hagibis that left at least 14 dead, and her condolence to the families of those killed in the tragedy. President Bhandari said that with historical and political stability in Nepal, an environment conducive has been created for the country’s social development.

Home Minister Thapa said that President Bhandari shed light on the steps taken by the government to make a clear policy and create an investment-friendly environment in order to materialise country’s goals of ‘Prosperous Nepal, Happy Nepali’. Saying Japan’s capital, technology, skill and knowledge would be significant for Nepal in the context an environment conducive for foreign investment has been created in Nepal, she expressed the hope that people’s level relations between Nepal and Japan would be expanded once there would be collaborations between the two countries in trade, investment and tourism sectors.

Likewise, she expected help from the Government of Japan and its citizens to make Visit Nepal Year, 2020 a success. She also requested high level participation from Japan in the Sagarmatha Dialogue scheduled to take place in Nepal in April, 2020 wherein the countries from South Asia and beyond discuss contemporary global issues, including climate change.

The event at the Nepali Embassy in Japan was attended by the people from various walks of life including Nepali students, non-resident Nepalis in Japan, Japanese lawmakers, high ranking officials of Japan and well wishers. On the occasion, the President expressed the hope that the Government of Japan would continue support for the social and economic transformation of Nepal. On the occasion, she also met with President of India Ram Nath Kovind. During the meeting, she invited President Kovind to visit Nepal, said Home Minister Thapa.

On October 16, President Bhandari embarked on her five-day state visit to the Republic of the Union of Myanmar at the friendly invitation of her Burmese counterpart Win Myint. During the visit, she also paid an official visit to Japan from October 20 to 22 after wrapping up her Myanmar visit.