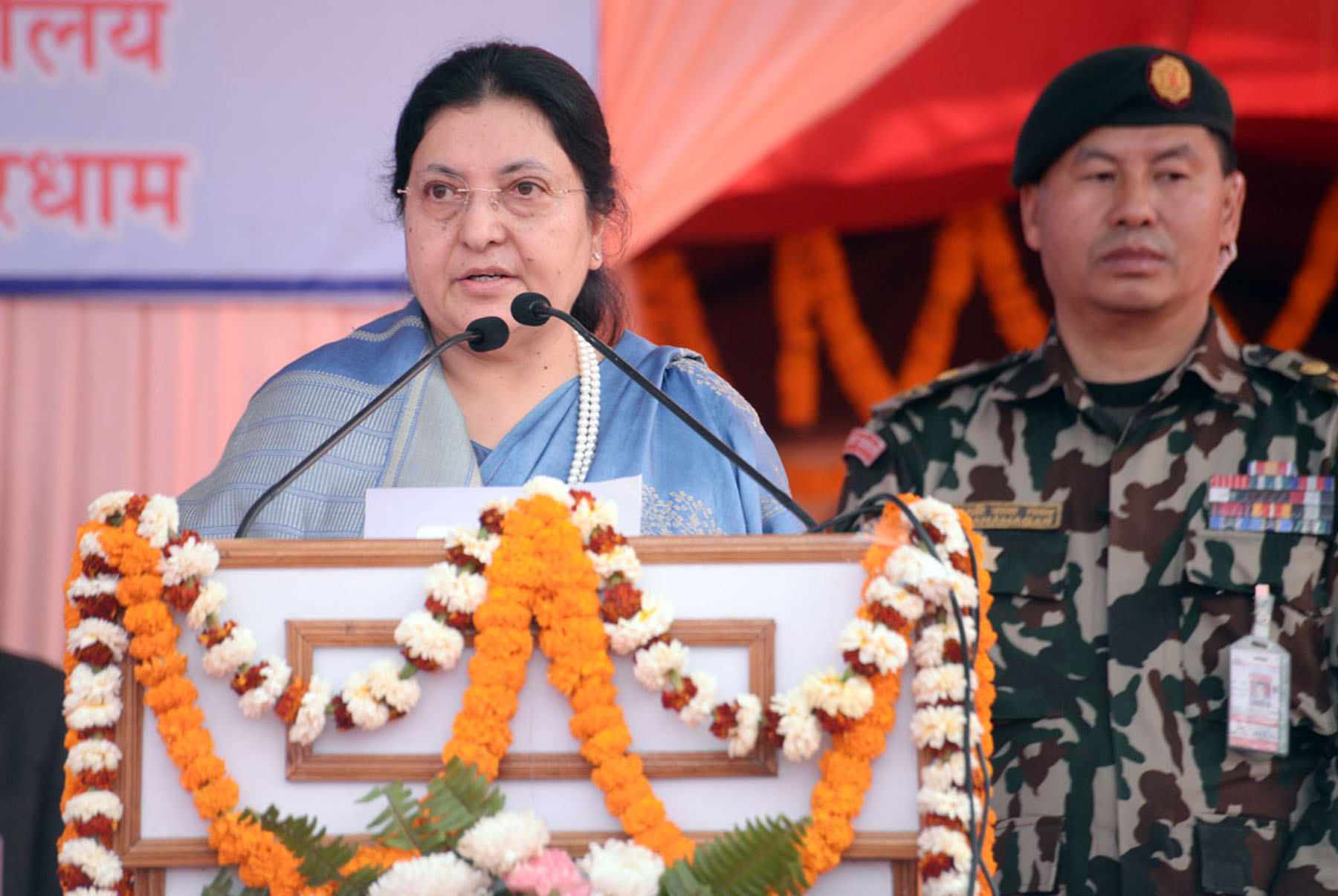 The Province-2 government has allocated Rs 890 million for the campaign in the fiscal year 2018/19.

Addressing the programme on the premises of Trijuddha Secondary School in Birgunj after launching the account, President Bhandari stressed on the need of taking forward the ‘daughter education’ by creating an environment for taking pride in the nation, nationality and culture of the country, a country where an icon like Mata Janaki was born.

“Educating the daughters is the need of the day as today’s daughters are tomorrow’s responsible citizens. Education should be imparted to daughters in such a way that they would be able to stand on a strong foundation of culture,” the Head of State said.

Stating that the campaign brought by the Province-2 Government would prove to be a milestone to build a prosperous society and to respect the high dignity of women, President Bhandari reiterated that the constitution has also ensured the women’s right.

She said that the women have played an effective role in the social, economic and political development of the country, underscoring the need of stamping out harmful social practices like dowry system existing in society.

The President reiterated that the daughters, daughters-in-law and all women should be respected. She also spoke of the need of stopping the youths from going abroad by providing them job in the country and engaging them especially in agriculture by keeping in priority facilities like irrigation, seed, fertilizer.

She called for stopping the degradation of the environment in the Chure belt while taking into account its fragile environment in the course of infrastructure development and developing integrated settlements.
On the occasion, President Bhandari handed over the documents related to the opening of fixed deposit account at local Prabhu Bank Limited of 14 girls to their parents. The girls are from Ward Nos 1 to 14 of Birgunj Sub-metropolitan City.