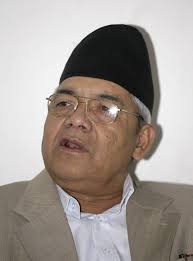 The Embassy’s attention has been drawn to the statement of H.E. Mr. Bamdev Gautam, Hon’ble Deputy Prime Minister and Home Minister of Nepal in the Parliament on 24 August 2015 regarding the sequence of events leading to violence in several parts of Nepal.  In his statement, Mr. Gautam mentioned that “he had heard that a large number of intruders from the south” had entered Gaur, Rautahat.

The Ambassador met the Hon’ble Deputy Prime Minister and Home Minister today and conveyed the Embassy’s concern about this and similar unsubstantiated statements that could cause misunderstandings and distort perceptions about the cordial and friendly relations between our two countries.

The Embassy wishes to clarify that it has not been contacted by the Nepalese authorities about any unusual movement of people across the border in recent days.  Indian border authorities keep in constant touch with their Nepali counterparts and continue to monitor the situation.