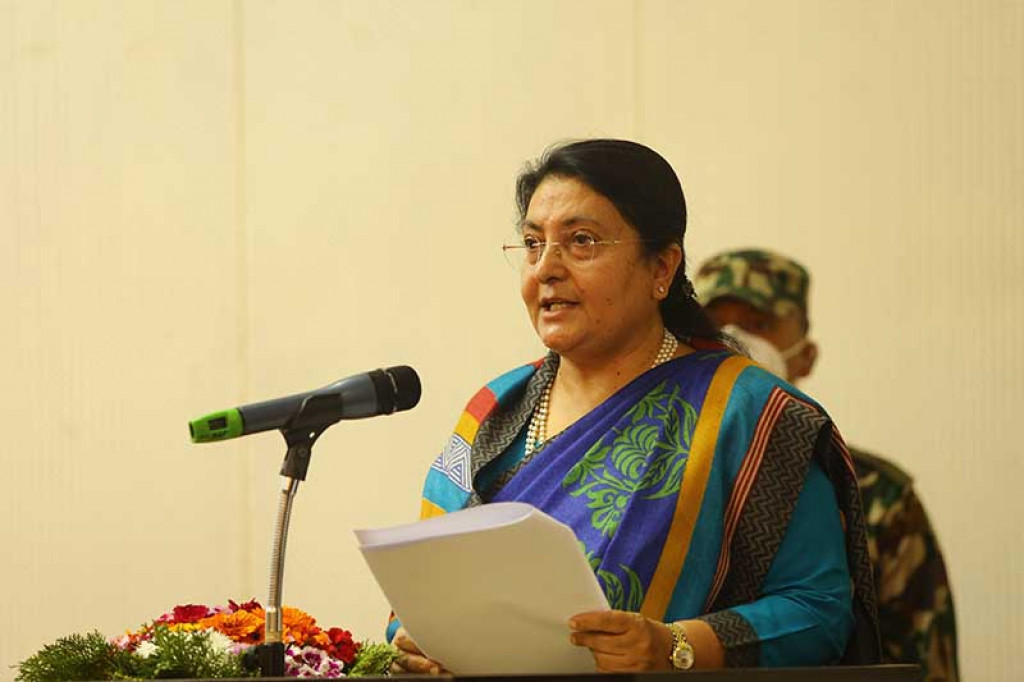 RSS (KATHMANDU, 18 December 2022) – President Bidya Devi Bhandari has called the newly elected members of the House of Representatives (HoR) who can secure the majority of votes with the support of two or more political parties representing in the HoR for becoming the new prime minister.

The President has given a week- till December 26-for the HoR members to submit their claim for the prime ministerial post, stated a press release issued by the Office of the President on Sunday. They need to make the claim before 5:00 pm on December 26.

The President called for the prime ministerial claim in accordance with Article 76 (2) of the Constitution of Nepal after no political party was able to gain clear majority in the parliament.