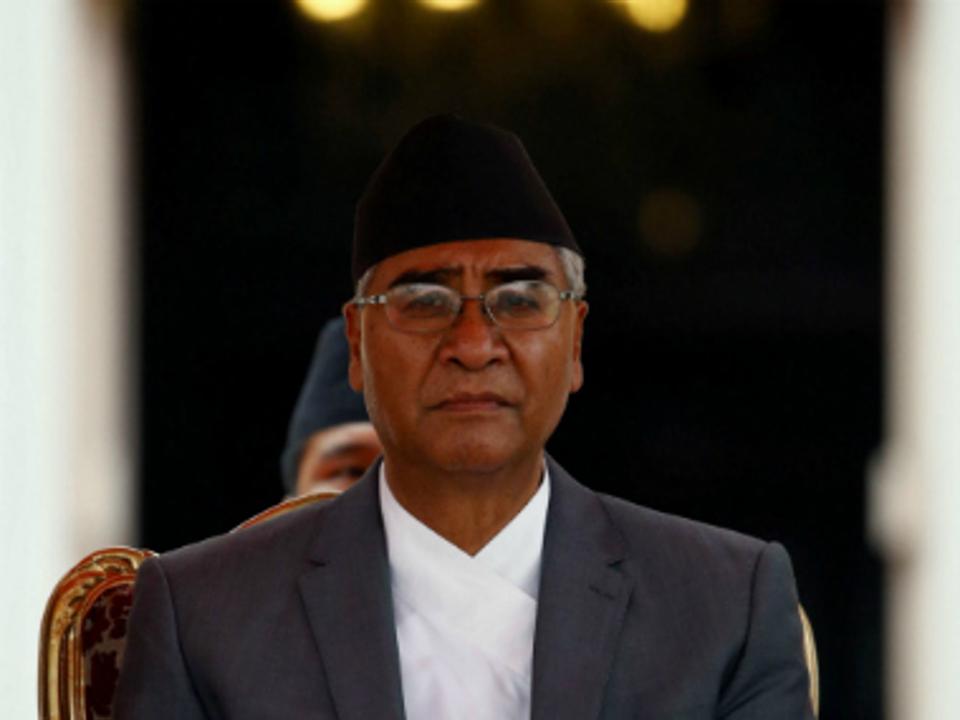 Prime Minister Deuba will stay abroad for six days at a time when the country has to move forward with the most pressing issues – election of provincial and federal parliament- with consensus. The provincial and parliamentary elections are scheduled to be held in 26 November and 7 December 2017.

Critics have said that Prime Minister should not attend UNGA, which has been a regular phenomenon, leaving aside the historic tasks of implementing constitution and the issues of corruptions that need immediate actions. Prime Minister Deuba has maintained mum for taking actions against those involved in corruptions and embezzlement.

According to MoFA, Prime Minister will leave for New York on 19 September after celebrating the Constitution Day. Apart from other high-level engagements and deliberation, the PM will attend a dinner to be hosted by US President Donald Trump in New York in honour of the visiting heads of the state and government.

Besides these all weather scheduled programs, Nepal has, this time,  an additional agenda that is to secure a seat on the UN Human Rights Council (UNHCR) for the 2018-20 term. Prime Minister Deuba will be laying out Nepal’s case for securing the UNHCR seat during his visit to UNGA.

An official of MoFA has claimed that apart from an address to the UN General Assembly on September 23, Nepal’s major diplomatic agenda will be seeking support for its bid for UN Human Rights Council. Prime Minister Deuba and Deputy Prime Minister Krishna Bahadur Mahara, during their visits to India, had sought the support of India and other nations, which are looking after Nepal from their Delhi’s residential missions.

Having announced its candidacy, the government has been consistently lobbying in New York. In the process, it has even extended the term of Nepal’s Permanent Representative and Ambassador to United Nations Durga Prasad Bhattarai.

“This is our major diplomatic agenda. The PM will seek support from the member states in all bilateral meetings and engagements,” said a senior Foreign Ministry official. Several bilateral meetings have been planned during the PM’s sojourn in New York for the purpose, he further said.

This is the first time Nepal has presented its candidature to the council. Nepal is a party to 24 human rights instruments, including seven of the nine core human rights conventions and protocols.

According to MoFA, senior Nepali officials, including Deputy Prime Minister Mahara, will be participating in a series of high-level meetings in New York. Mahara is leaving for New York on Sunday, two days before the Prime Minister.

DPM Mahara will head a Foreign Ministerial level meeting of the Saarc Council of Ministers as the current chair of SAARC and will attend a meeting of the Asian Cooperation Dialogue that Nepal joined as a member in 2016.

Nepal will be part of other engagements on the sidelines of the UNGA, including ministerial level meetings of Landlocked Least Developed Countries, Non-Aligned Movement, G-77, South-South Cooperation, UN Peacekeeping Operations and will sign the Treaty on Prohibiting Nuclear Weapons, an official of MoFA informs.

The PM is scheduled to hold bilateral meetings with some heads of the participating state and government on the margins of the UNGA. On his return, PM Deuba is set to make a stopover in Oman and meet Nepali ambassadors based in the Middle East, including Israel and Egypt.

The UNGA meets under its president or Secretary General in annul sessions, the main part of which lasts from September to December. It’s not mandatory that the head of the government should attend the UNGA, the leadership of the delegation can be decided as requirements.

”Why should Prime Minister go to New York instead of focusing on domestic fluid situation ? This is not the right time to visit abroad. I really don’t see the importance of UNGA” a former diplomat says.