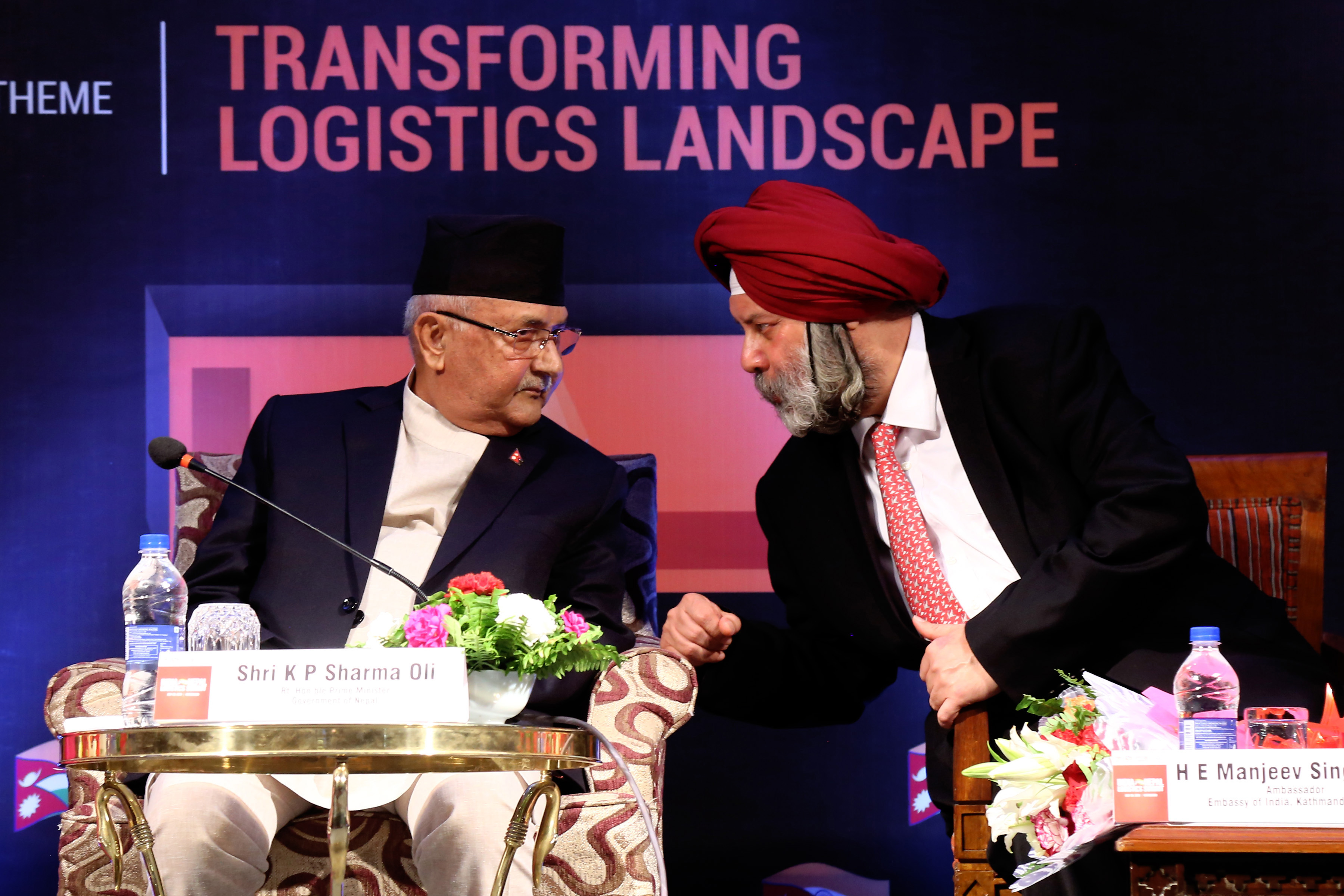 Nepal Foreign Affairs (KATHMANDU, 28 July 2019) – Prime Minister KP Sharma Oli has again called upon the investors across the world to invest in Nepal.

In his address to the ‘India Nepal Logistics Summit’ that kicked off here today, the PM said the government had already created an investment-friendly atmosphere at home by removing legal, institutional and procedural hurdles, so that investors could invest here confidently.

An act relating to make provisions for the public-private partnership and investment, and another act on foreign investment and technology transfer had been implemented. A single point service centre had already come into operation for the convenience of investors.

“We call upon investors across the world including in India to invest in Nepal,” he stressed. The PM went on to say that a government with political stability had been formed; an investment-friendly environment had been enabled and economic development and prosperity taken as a common goal of all and Nepal remained as the accessible and reliable destination for investment.

He added that expansion of road network were accorded top priority, and works for the operation of railway and water transportation were going on. “Customs system has been further systematized with the application of information technology. Business community has been provided a better atmosphere for trade and commerce.”

An integrated customs office had already come into operation in Birgunj in a bid to systematize the customs system additionally and such type of office would come into operation in Biratnagar after some time. Stating that reducing the country’s ballooning trade deficit remained as one of the special priorities of the government, he said the expansion of road network had been focused.

Efforts were on to intervene in the growing trade deficit through the regional and sub-regional organisations including BBIN, SAARC and BIMSTEC. The incumbent government has already established a ship office to add the means of transportation and a process initiated for the railway construction, according to the PM.

He informed that roads along the Nepal-India border were widened and the import and transport of cargo made easier with the improvement of highways in Bihar and Uttar Pradesh of India. The PM further made it clear that government had forwarded clear thoughts, policy and programmes to graduate Nepal to the status of middle income by 2030, and the plans on sustainable would be fulfilled. The last fiscal year witnessed nearly 7 percent economic growth rate. This with the social security pogramme has created atmosphere for the industrial investment and improvement on labour relations, he argued.

PM Oli urged the foreign investors to invest in the prioritized areas of government as agriculture, tourism, physical infrastructures and energy and utilize the business-friendly climate. The import and exports of electricity were possible from various seven points in addition to the Dhalkebar-Mujaphphapur interstate transmission line. The Dhalkebar-Mujaphphapur interstate transmission line would be upgraded to 400 KV. Priority was placed on expansion of air connectivity linking various destinations in India as well, he added.

On the occasion, Secretary at the Ministry of Commerce and Supply, Kedar Bahadur Karki, said Nepal and India were working jointly to solve the problems relating to cargo and logistics. FNCCI Chairperson Bhawani Rana expressed her belief that coming days would be more comfortable and convenient in business as the government had given priority to the expansion of air, road and water connectivity between the countries.

Similarly, Indian Ambassador to Nepal, Manjiv Singh Puri, reminded that both the Prime Ministers from Nepal and India had jointly inaugurated the Integrated Customs Post at Birgunj. Similar inaugural would be in Biratnagar soon, which would help add new dimension in the two-country trade relations. According to him, the construction of the Motihari-Amlekhgunj Petroleum Pipeline had completed and the cargo and logistics sectors eased. Various industrialists, entrepreneurs and those working in cargo and logistics from both Nepal and India participated in the programme.