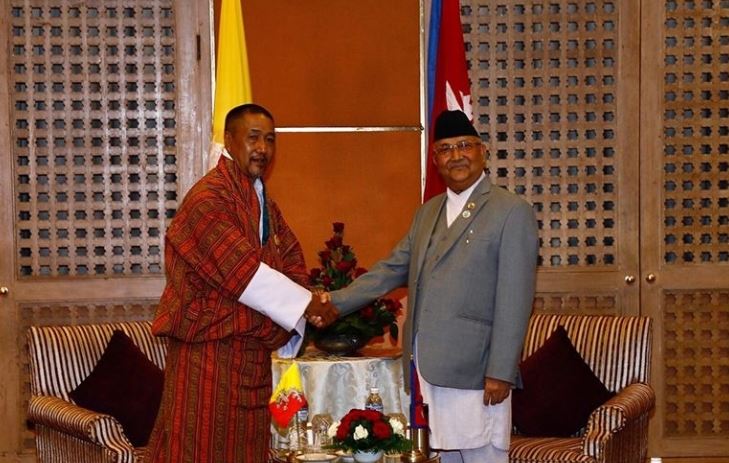 According to the Ministry of Foreign Affairs, it was the first bilateral meeting planned in the sidelines of the regional summit.  Prime Minister Oli will hold sidelines meeting with all the head of the governments of BIMSTEC during the summit.

Prime Minister OIi and Wanchuk discussed on the diverse issues of bilateral relations including the Bhutanese refugees. It is said that Prime Minister Oli has requested the Bhutanese government to repatriate those left in a camp of Jhapa since they have not been sent to the third country settlement due to some alleged reason.