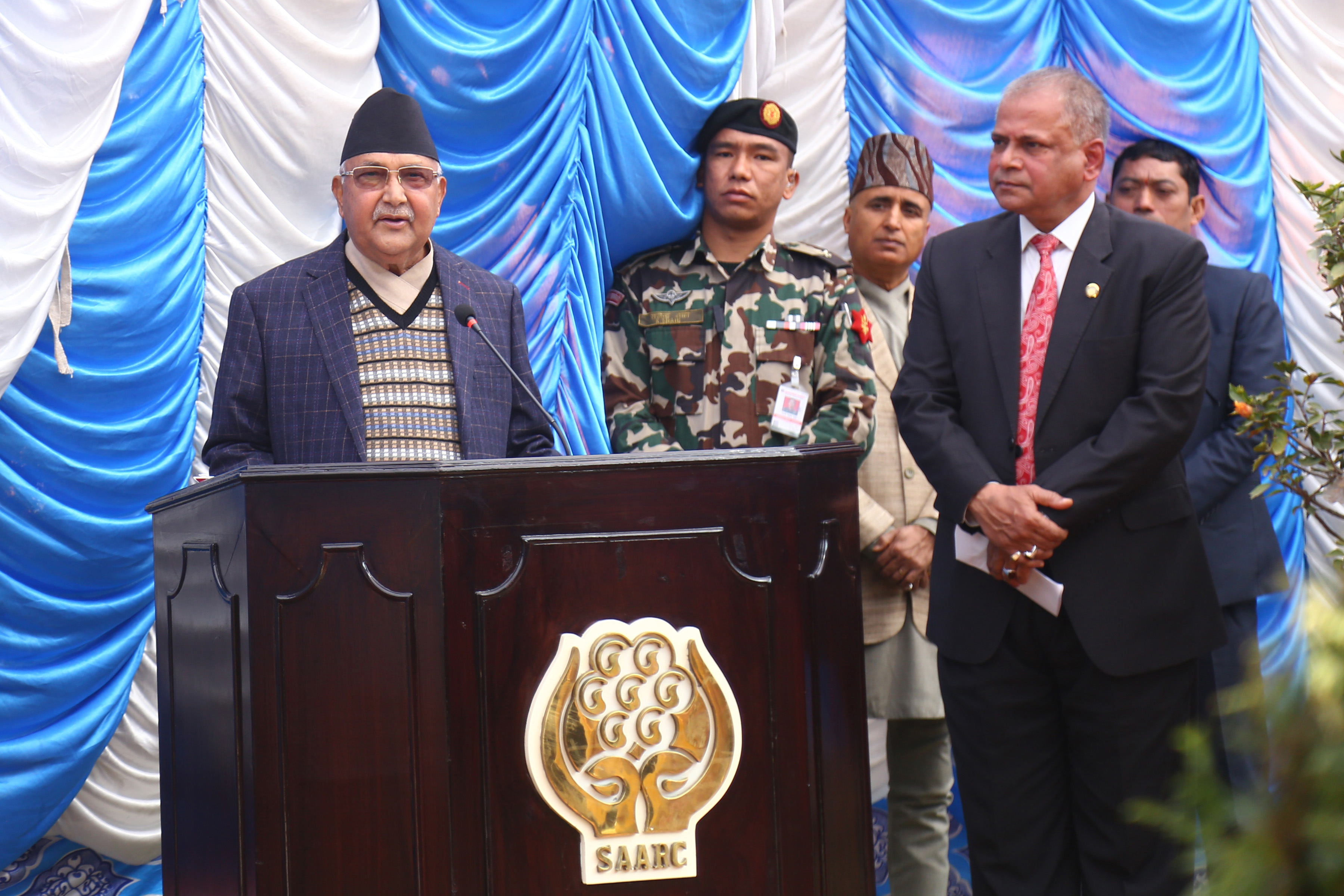 In his brief speech following the visit to SAARC Secretariat today, the Prime Minister who is also the current Chair of this regional organisation, said he was confident that the Summit would be held soon. Stating that he was eagerly waiting to hand over the Chair of SAARC to Pakistan, he recalled that the 18th Kathmandu Summit had laid an emphasis on deeper integration for peace and prosperity in the region.

The SAARC Heads of the State and Governments expressed commitments to the principles and objectives of the organisation, according to the Prime Minister. “The SAARC leaders agreed to reinvigorate regional cooperation and revitalize SAARC as an effective vehicle to fulfill the developmental aspirations for the peoples of South Asia,” the Prime Minister added.

Describing SAARC as an expression of regional solidarity, he said SAARC has been a common identity of the people of South Asia. He took time to say the organisation was the representation of hope of 1.7 billion people of this region for accelerated economic development, social progress and cultural development.

PM and SAARC Chair Oli reiterated that Nepal as a founding member and current SAARC chair strongly believed in regional cooperation in order to promote collective well-being of the people of South Asia. He said promotion of regional cooperation was one of the top priorities of the Nepal’s foreign policy. He praised the role of SAARC Secretary General Amjad Hussain B Sial in enhancing regional cooperation remaining within the perimeter of SAARC.

PM Oli planted a Rudraksha tree sapling in the premises of the SAARC Secretariat. He also put his signature on the Visitors Book at the Secretariat. Secretary General Sial welcomed PM Oli and expressed his gratitude for continuous support from SAARC member states including Nepal to make it dynamic. He admitted to some delays in convening the 19th SAARC Summit while showing satisfaction with continuous operation of SAARC activities. Informing that he is retiring from his position on February 29, he said he served his two terms in Nepal as a SAARC Secretary General, and that Nepal and Nepali people would be remembered forever.