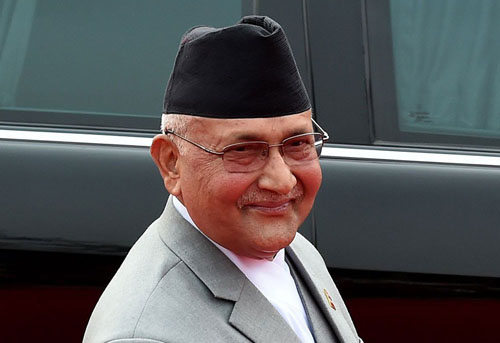 Nepal Foreign Affairs (KATHMANDU, 20 October 2019) – Prime Minister K P Sharma Oli will be leading the Nepali delegation to the 18th Summit of Heads of State and Government of the Non-Aligned Movement (NAM) being held in Baku, Republic of Azerbaijan from 25 to 26 of October 2019.

According to a press statement issued by the Foreign Ministry here today, the Prime Minister will address the general debate of the Summit on 26 of October. The General Debate of the 18th NAM Summit will be held on the theme of “Upholding the Bandung Principles to ensure concerted and adequate response to the challenges of contemporary world”.

The Prime Minister will attend the official dinner to be hosted by the President of the Republic of Azerbaijan, Ilham Aliyev, in honour of the heads of delegation on 25 October 2019. Prime Minister Oli will also hold bilateral meetings with the Heads of Delegations of different countries on the side-lines of the Summit.

The 18th NAM Summit will be preceded by the Preparatory Ministerial Meeting on 23-24 October and Senior Officials Meeting on 21-22 October 2019. The Summit will consider the report of the Preparatory Ministerial Meeting, review the progress achieved in the implementation of the outcomes of the 17th Summit held in 2016, and conclude with the adoption of the Baku Declaration.

It may be noted that Nepal is a founding member of the Non-Aligned Movement and has been actively participating in all NAM Summits since its inception. Principles of non-alignment constitute one of the basic tenets of Nepal’s foreign policy. The Prime Minister will return from Baku in the evening of 26 October and arrive Kathmandu in the morning of 27 October 2019, adds the statement.