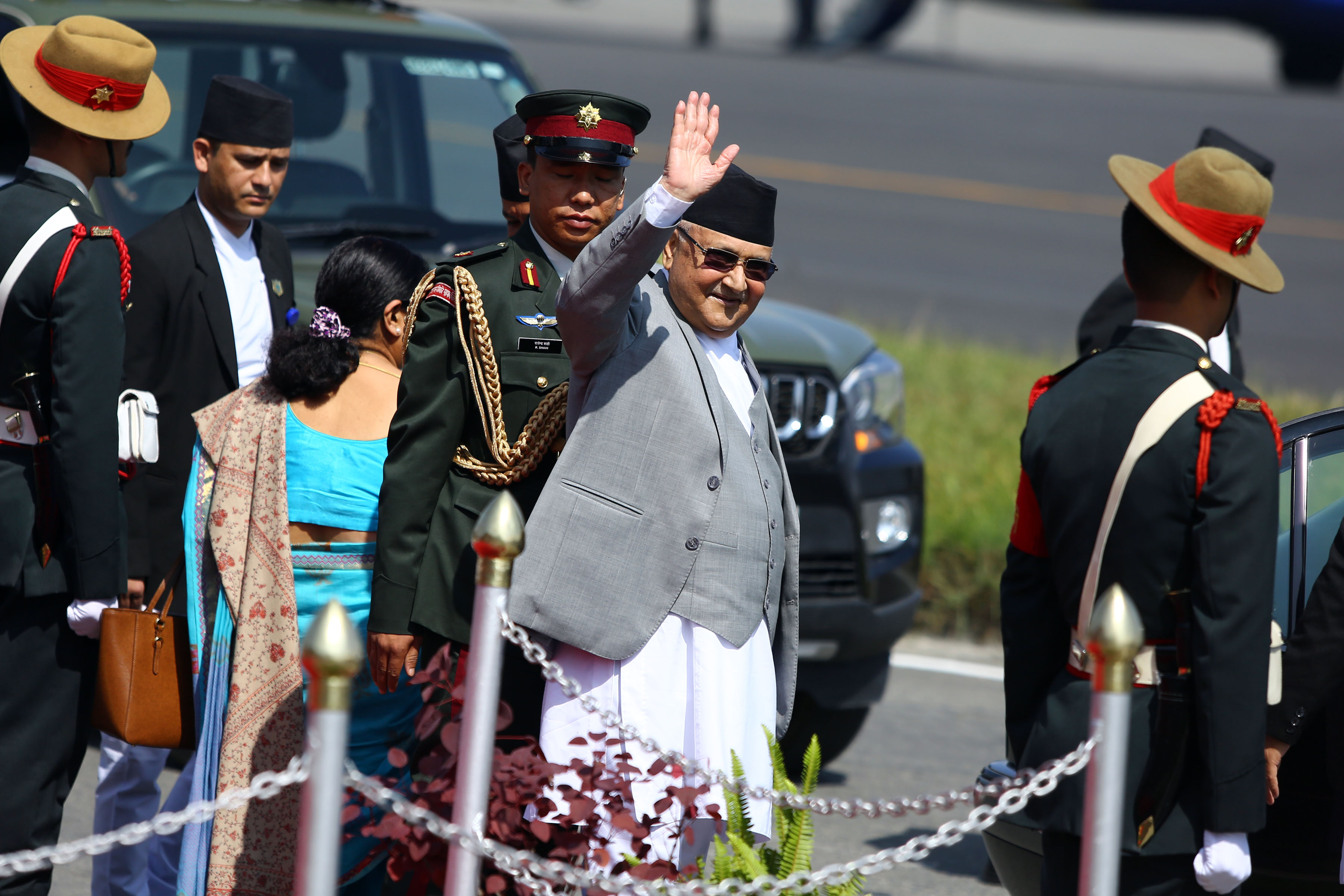 Nepal Foreign Affairs (KATHMANDU, 24 October 2019) – Prime Minister KP Sharma Oli has left for Baku, the capital of the Republic of Azerbaijan, today, leading a 21-member Nepali delegation to the 18th Summit of Heads of State and Government of the Non-Aligned Movement (NAM).

Ministers, high-ranking officials of the government, chiefs of security bodies and representatives of diplomatic missions, were also present on the occasion. A contingent of Nepal Army offered guard of honour to PM Oli on the occasion.

As a founding member of the Non-Aligned Movement, Nepal has been actively participating in all NAM Summits since its inception in 1961. Prime Minister Oli is scheduled to return home on October 27.