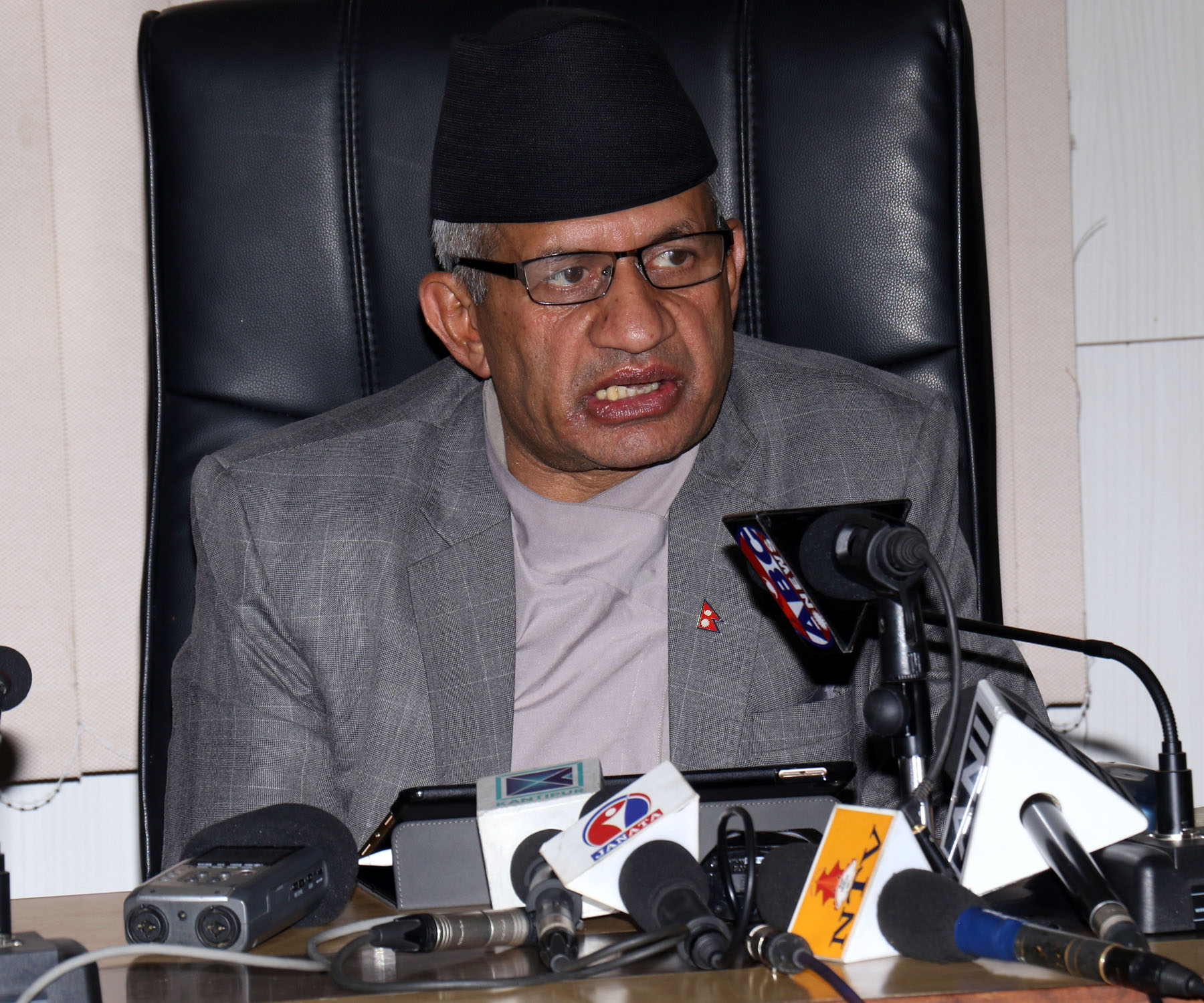 KATHMANDU (3 May 2019) – Prime Minister KP Sharma Oli will embark on a 8-day official visit of Vietnam and Cambodia.

The visit will be focused on learning how the war-torn country that lost about 2 million people in two decades became an economic powerhouse in the East Asia, said Minister for Foreign Affairs Pradeep Kumar Gyawali.
“In the last three decades Vietnam has made it one of the world’s best investment destinations.

It has many learning from which Nepal can benefit as we have recently completed the political transition after a decade long war,” he said while interacting with the journalists at the Ministry in Singh Durbar on Thursday.
Vietnam lost about 2 million of its citizens and more than 200,000 military force during the war with United States of America from 1955 to 1975. But it has improved the policy regime and business environment in such a way that many global firms and investors want to make their way to Vietnam.
PM Oli is embarking on a five-day (May 9-13) entourage of the south-east Asian nation at the invitation of its PM Nguyen Xuan Phuc.

Likewise, Nepal also hopes to get benefit from the large Buddhist population in Vietnam, a potential source of Nepali tourism industry that is set to double itself by 2020.

“The Gautam Buddha International Airport will be completed by the end of 2019 which will open door for bilateral flight cooperation between Nepal and Vietnam which can increase the flow of Vietnamese tourists to Lumbini and other tourist destinations in the country,” said Gyawali.
PM Oli will address the Boishakhi event and deliver speech at the Ho Chi Minh Political Academy, a Vietnamese think-tank.

He will conclude his Vietnam visit on May 13 and leave for Cambodia for a three-day official visit which is happening at the invitation of Cambodian PM Hun Sen. Hun had visited Nepal during the Asia-Pacific Summit in December last year.
Gyawali said that the visit would be focused on strengthening bilateral relations between Nepal and Cambodia and attracting more tourists from there.
He also indicated signing of some important agreements.
President’s China visit successful Foreign Minister Gyawali said that President Bidya Devi Bhandari’s China visit was highly successful in strengthening the bilateral relations and enhancing economic cooperation between the two countries.
“The joint communiqué issued after the conference on the ‘Second Belt and Road Forum for a Brighter Shared Future’ has given special attention to issues like strengthening transit and connectivity infrastructure to facilitate the landlocked countries, regulating the multi-sectoral trade system and creating Nepal-China Trans-Himalayan Multi-Dimensional Connectivity Network, including Nepal-China cross border railways,” he said. “These issues are important for us.”
During her visit, Nepal signed the Protocol on Transit Agreement which has opened up seven Chinese ports to Nepal. Likewise, there was signing on agreements and Memorandum of Understanding (MoU) handover of projects maintained by China, bilateral administrative customs cooperation, support to standards measurement, economic and technical cooperation, and livelihood support.
Minister Gyawali said that Chinese President Xi Jinping pledged support in creating cross-border railways and other infrastructure under the wider network of creating Nepal-China Trans-Himalayan Multi-Dimensional Connectivity Network.
Xi also said that China was ready to support Nepal in its priority areas like education, export trade promotion and opening up more border points. He also said that he would visit Nepal in near future.
Tatopani border to reopen this month
Minister Gyawali said that the Tatopani border would come into operation within this month.
“China has completed the construction of the dry port at Larcha of Sindhupalchowk and the Miteri Bridge is about to be completed. China has already constructed the required structure across the border,” he said.
However, Nepal is yet to reconstruct the road that was damaged by the devastating earthquake in 2015.
Gyawali said that after reopening, the border point would not be used to trade retail goods.