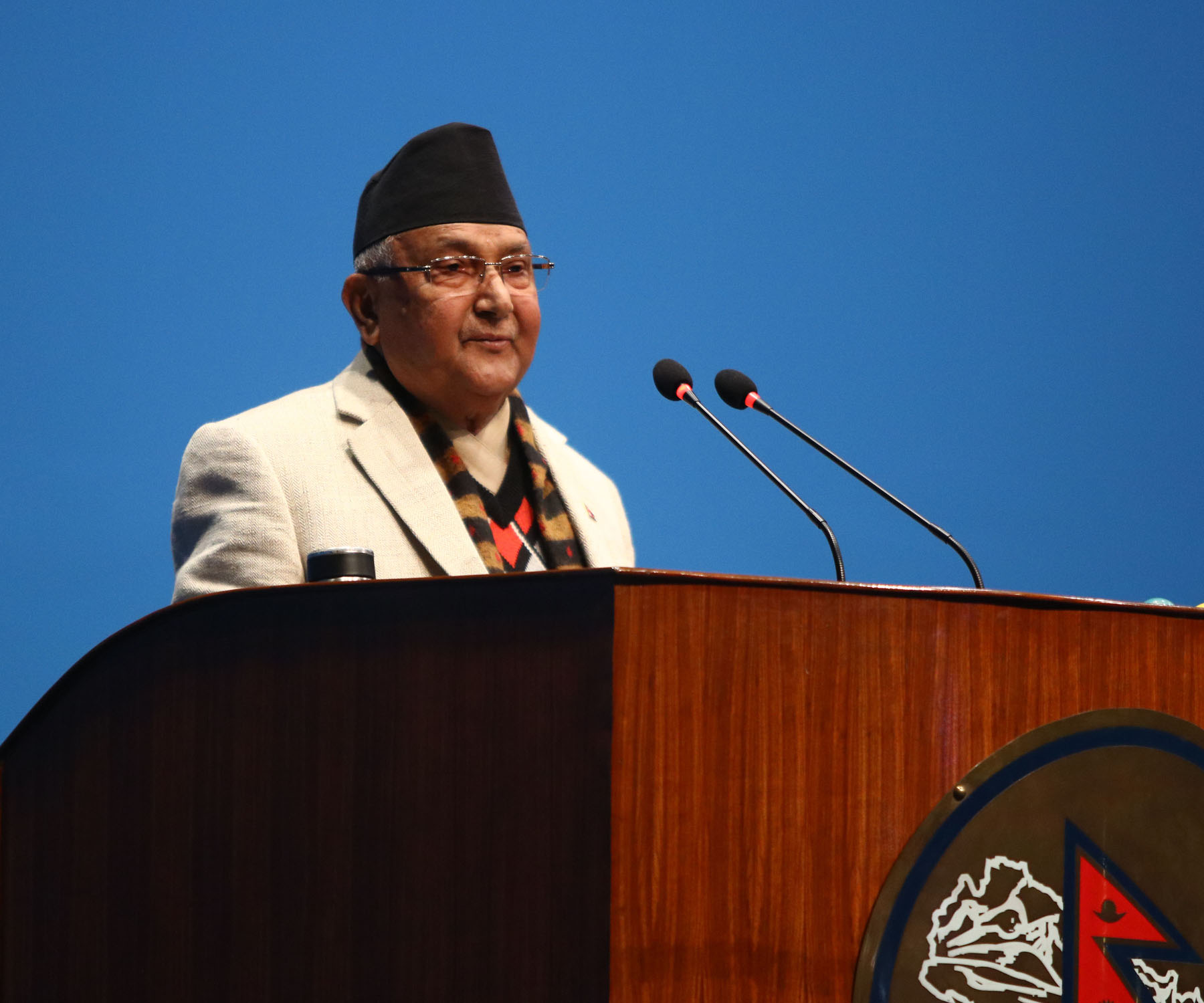 At the meeting of the House of Representatives today, PM Oli shared the information that PM employment programme was initiated; President Chure Programme continued; special watch maintained on the project facing problems; and livestock insurance programme handed over to the concerned department.


According to him, construction of fast track was satisfactory; integration of information continuous; digital action room set up at PM’s office to monitor the national pride projects; a new department of national identity card set up; working journalists’ wage increased by 25 percent; work permit granted from Janakpur and Birgunj as well; and safe and integrated citizens housing programme launched. As many as 17,000 houses were built and handed over under the citizens housing programme. Contribution based social security programme was launched, the PM added.


He further informed that the social security programme begun with the distribution of Rs 100 per month to above 75 years citizen has made a significant stride.
After the formation of the current government, as he said, 26,000 new customers were provided electricity service. The foundation stone was laid to sewage processing centre at Balkumari some days back.

The lawmakers were further made aware that the Kodari highway would be brought into operation from coming Baisakh. In order to materialize the dream of railway, feasibility study was continuous on the railway connecting Rasuwa-Kathmandu, Kathmandu-Lumbini and Birgunj-Kathmandu. The PM shared that efforts were on to prepare country’s own satellite by coming Baisakh.


A total of 33,8147 houses have been built following the earthquake; the works of the high level education commission were finalized and programme being launched to ensure full literary in the country by the coming year. Syndicate in transport has come to an end, the PM informed the lawmakers on government activities.


He argued that the government has achieved 96 percent success in crime control; 46 persons were arrested in connection with gold smuggling; and investigations continuous on smuggling of 33 kg gold.


“I’ve been feeling strange in the recent days. Questions are raised over performance. It is time to devote to development. If not done now, when to do? I don’t want to entangle on any logic. People have voted for the government of two-thirds majority,” he underscored.


The PM viewed that he was not interested in debate and discussion anymore.