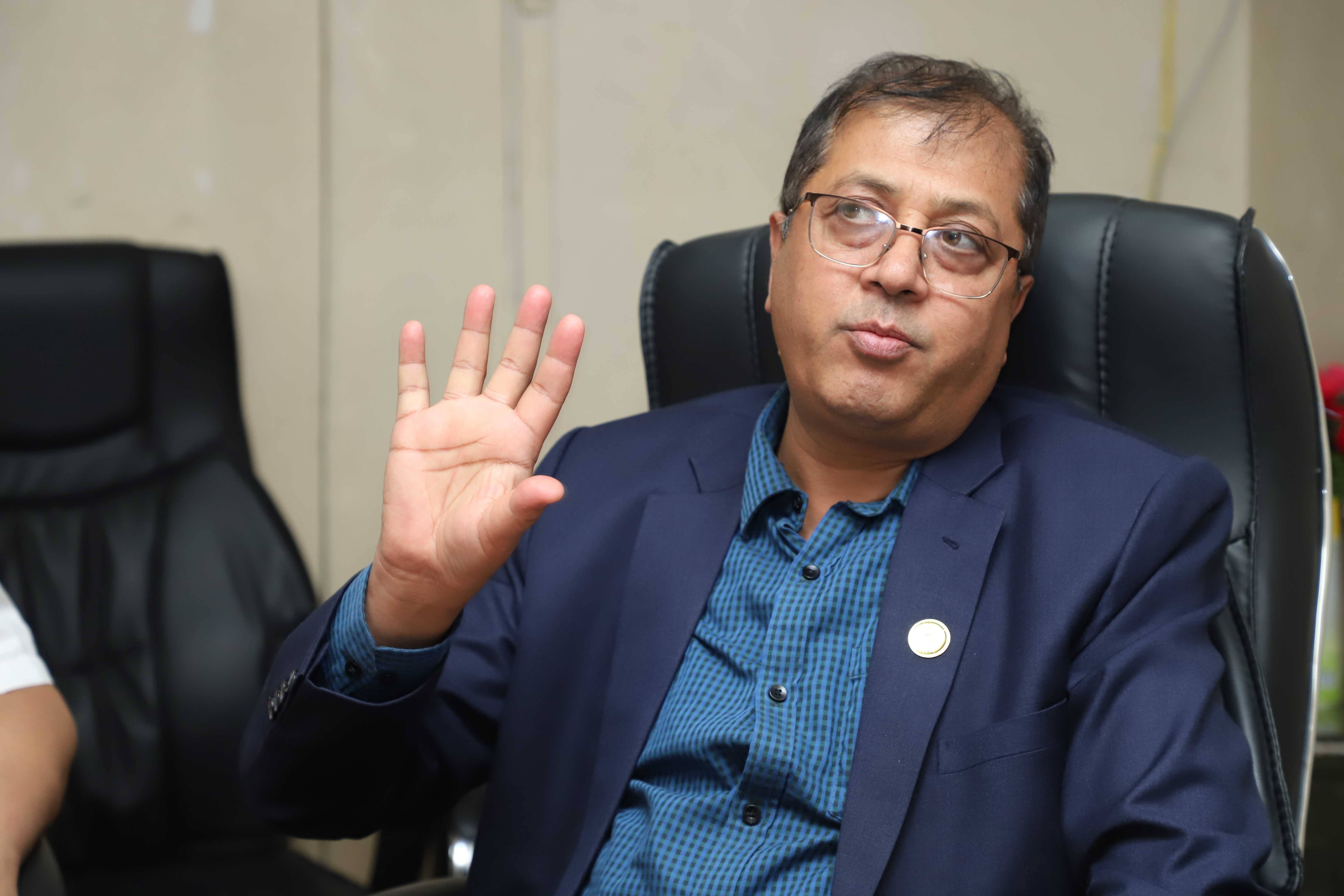 By Dr. Rajan Bhattari ( KATHMANDU, 24 June 2019) – It is unfortunate that some people are judging the recent visit of Prime Minister KP Sharma Oli to the United Kingdom and France in monetary terms. Economic benefits are or should not only be the agenda of bilateral visits. The requirements of the bilateral relationship with the respective country should be considered, we cannot expect same thing from all the countries.

The visit has enhanced Nepal’s image in the international arena on the eve of Visit Nepal 2020. We must inform the world about the current situation, changes and development the country is going through. We have set examples in post-conflict and transition management, post-quake reconstruction and social development, and we need to tell the world these things.

We are clear about our foreign policy dynamics. There won’t be any compromise in the fundamental principles of non-alignment, United Nation’s Charter and relationship with mutual benefits. Present government has adopted the principle of ‘Friendship with all, enmity with none’ while our geographical situation also forces us to adopt this principle, and the same applies with the recent international phenomenon like the Belt and Road Initiative (BRI) and Indo-Pacific Programme.

Likewise, the UN Charter says that all independent and sovereign countries are equal. We will not deviate from these principles. We won’t let any forces to use our territory to use it against any other country. The Indo-Pacific programme has not come in a concrete form yet, most of the talks about it and linking Nepal with it are more hypothetical.

It seems that some experts and political leaders are living with the defensive psychology and inferiority due to small geography and economy, but the situation is different. Nepal has made strides in terms of foreign policy and bilateral and multilateral relations. Nepal can make independent decisions on both the domestic and foreign issues.

Although the implementation of the country-specific diplomacy has been delayed, ambassadors are sent with specific Terms of Reference. Economic diplomacy has got priority and it has been exercised to increase the export trade and foreign support and tourist arrival. Nepali missions abroad are working in these areas. However, the benefits are limited due to insufficient production in the country. We need to increase production to get the trade benefits like the Generalised System of Preference, and everything but arms.

A section of experts and opposition parties criticised the PM’s recent visit to Europe. This is sad. There should be a national sentiment that whenever a PM goes to foreign land, he or she is the leader of the country not any specific party. We are yet to be mature in terms of such thing. The visit and talks in the United Kingdom were focused in the three areas – 1947 agreement about the British Gurkha Army, British cooperation to national development and prosperity agenda, and growth of the bilateral trade.

The UK expressed satisfaction over the political, social and economic progress Nepal has achieved in the recent years. There were also the discussions about the exchange of high-level delegations and mobilising Nepali diaspora in the national interest.

Talks were very positive with British Prime Minister Theresa May. Her government is not a caretaker one since she has resigned only from the chairman of the ruling party.

Similarly, the PM’s France visit was more concentrated on attraction and promotion of investment. The PM clearly asked the French authorities that how could they stop Nepali aircraft from flying to and fro European territory while they were selling their won planes. France can provide us support in various technological areas like security printing, air service and cable car. Nepal also signed agreements with the United Arab Emirates and Mauritius during the International Labour Organisation (ILO)’s assembly.

I think the visit was successful in telling the international community about Nepal’s progress and current situation. Nepal was termed as a ‘failed state’ in the past and we needed to change that image. At the same time, we had to expand the reach of country’s diplomacy to attract more capital and technology which is not sufficient here.