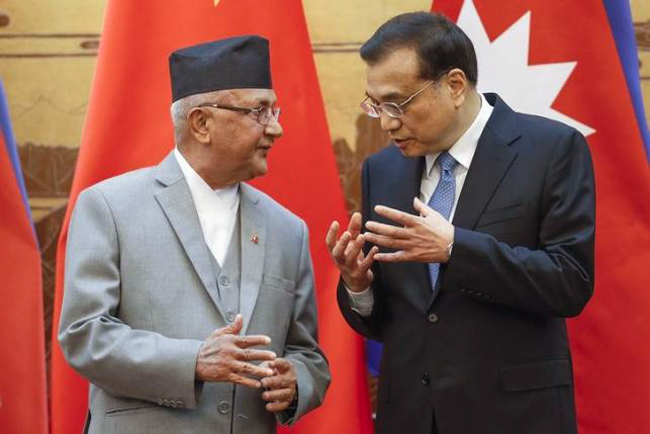 BEIJING, 18 June 2018 (Xinhua) – Nepalese Prime Minister Khadga Prasad Sharma Oli is to pay an official visit to China from Tuesday to Sunday at the invitation of his Chinese counterpart, Li Keqiang.

He had served as interior minister, deputy prime minister and foreign minister of Nepal.

He was elected prime minister for the first time in October 2015 and re-elected for the post in February, 2018.