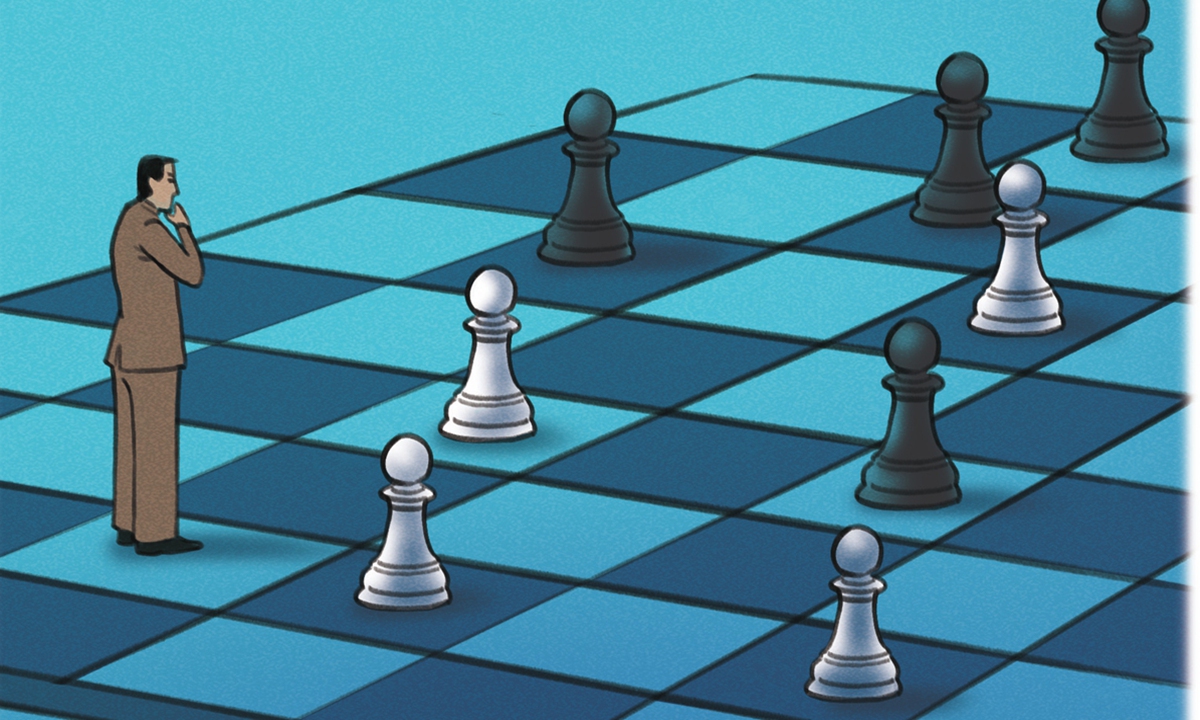 By Xin Qiang (Global Times, 12 January 2022) – The Quadrilateral Security Dialogue (Quad) between the US, Japan, India and Australia, which is described as a mechanism aimed at countering China, seems to have been quiet for months. Since the 2021 second phase of the Malabar exercise in October, no joint moves by the four countries have been reported.
Meanwhile, bilateral cooperation between the four countries has been intense. The annual US-India 2+2 meetings at the foreign and defense ministers’ level are reportedly scheduled to take place in the third week of January in Washington. A virtual 2+2 meeting between the US and Japan just took place last week. And Japanese Prime Minister Fumio Kishida virtually met his Australian counterpart Scott Morrison on the same day.

The objective law of a multilateral mechanism is: the more actors, the more divergent interests, and less possibility for them to reach a consensus. It applies to the Quad as well. Frictions among the four countries have been seen, especially between India and Australia. Many analysts describe New Delhi-Canberra relations as the biggest weakness of the mechanism. As Tokyo and Canberra are two of Washington’s closest allies, New Delhi may still be wary of the group.

Furthermore, the four countries have their own China policy and different concerns over how to deal with China. None of them wants to heavily offend China. Under the multilateral mechanism, each country has its own axe to grind, hoping others will sacrifice themselves while it receives gains. All are clearly aware that they will pay a heavy price for a direct conflict with China.

In this context, the four countries cannot coordinate with each other or take pragmatic action. But in the scenario of bilateral engagement, the two actors are more likely to find common interests and execute joint practices.

Additionally, almost every multilateral institution needs strong leadership. The US is at a loss to cope with its domestic issues like racism, gun violence, and political polarization. The US at present is reluctant to offer any actual benefit to its allies and partners as incentive to follow its lead. Against this backdrop, few of its allies or partners are willing to tie themselves to Washington’s anti-China chariot, and the effectiveness and influence of multilateral mechanisms like the Quad are dropping.

Therefore, in the long run, the significance of the Quad is difficult to ramp up. The Biden administration’s Indo-Pacific Strategy is likely to emerge in 2022. By then, the US’ support over the bloc will be louder. Apart from some rhetoric, a series of moves, such as holding summits and joint exercises, will be seen. Other than symbolically, it is difficult to produce any substantial damage to China.

Almost all the countries in the world would like to keep a cooperative relationship with China. They need China’s assistance in a spectrum of issues including pandemic control, economic recovery and financial stability. Meanwhile, the US, the sole superpower in the world, is not willing to offer any economic benefits and even pushes other countries to the forefront of its great power games.

The author is deputy director of the Center for American Studies at Fudan University. [email protected]