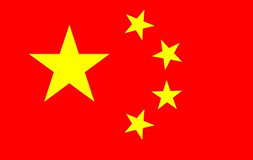 A proposed extension of the Qinghai-Tibet Railway to the China-Nepal border would boost bilateral trade and tourism, experts said, as there is currently no rail line linking the two countries.

“If the proposal becomes reality, bilateral trade, especially in agricultural products, will get a strong boost, along with tourism and people-to people exchanges,” said Wang Mengshu, a rail expert at the Chinese Academy of Engineering, on Wednesday.

He said that the project is being undertaken at Nepal’s request and that China has begun preparatory work.

Losang Jamcan, chairman of the Tibet autonomous region, told Nepalese President Ram Baran Yadav during their recent meeting in Lhasa that China plans by 2020 to extend the railway by 540 kilometers to Kerung, the Chinese town nearest Nepal and a recently opened border trade port, according to reports in Chinese media.

Yadav said he expected closer connectivity would generate more opportunities for both nations.

In August, a 251-kilometer extension of the line was completed from Lhasa to Xigaze. The new segment would extend from there to Kerung.

But Chinese officials see even greater opportunities beyond the border. During a visit to Nepal in December, Foreign Minister Wang Yi asked the country to conduct a feasibility study on extending the line all the way to Kathmandu, Nepal’s capital, and beyond, according to Nepalese media.

Hu Shisheng, director of the Institute of South and Southeast Asian and Oceanian Studies at the China Institutes of Contemporary International Relations, said the line connecting Tibet to Nepal should add new momentum to the region’s tourism and service sectors because the existing roads cannot satisfy demand for passenger and cargo transport. The bottleneck has resulted in sluggish trade growth.

Fu Xiaoqiang, another expert at the China Institutes, told Global Times in an earlier report that China’s aim with the line is simply to improve local economies and people’s livelihoods.

Wang said engineers will face a slate of technical difficulties once the project begins.

“The changes in elevation along the line are remarkable,” he said. “And the line will probably have to go through Qomolangma so that workers may have to dig some very long tunnels.” Qomolangma is known as Mount Everest in the West.

Restrained by those and other physical factors, trains running on the line will likely have a maximum speed of 120 km/h, Wang said.

China opened its 1,956-kilometer-long Qinghai-Tibet railway in 2006, making it the first line to connect the southwestern autonomous region to another province.