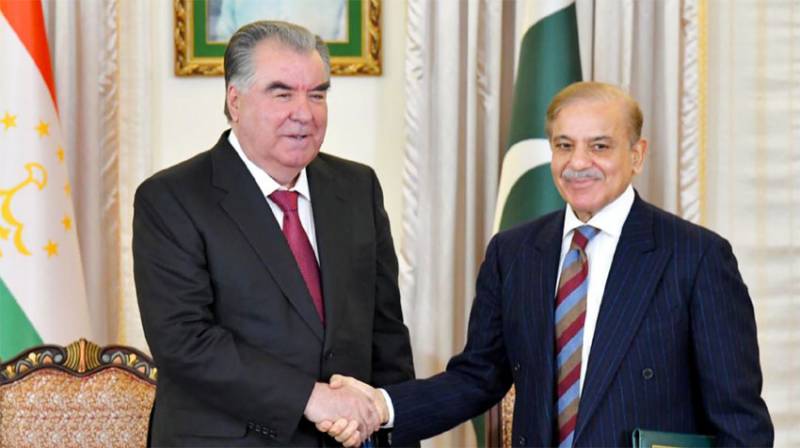 He said Pakistan desires to further strengthen the bilateral cooperation in all fields including energy, trade, joint ventures in agriculture and food.

He expressed the hope that Tajik President Emomali Rahmon’s visit to Pakistan ‘would usher in new era of cooperation and development between the two countries.

President Tajikistan Emomali Rahmon said both countries have been making joint efforts to further promote the friendly ties and expressed the optimism that the MoUs signed between the two countries would give new impetus to these relations.

He said during their delegation-level deliberations, they had discussed security, economic situation, global economic decay, energy and connectivity activities and linking of Gwadar port.

Earlier, Tajik President and the Prime Minister witnessed the signing of a number of MoUs and agreements to boost bilateral cooperation in diverse fields.

These MoUs and agreements included MoU for establishment of Sister Cities Relations between Dushanbe and Islamabad, Agreement over cooperation in industries and technology, Agreement over Transit Trade, Agreement between Tajik Drug Control Agency and Anti-Narcotics Force Pakistan to control illicit trade of narcotics drugs, and psychotropic material.