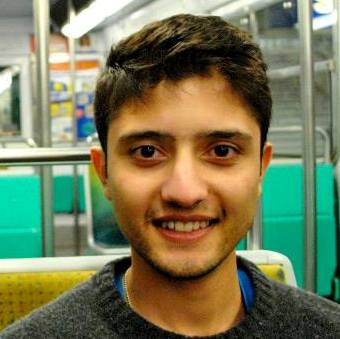 By Sisir Devkota—The South Asian Association for Regional Co-operation is arguably the best example of a regional co-operation show full of contradictions and underachievements. The idea of a regional group in South Asia during the summer months of 1980 were fueled by the likes of the then President of Bangladesh, Z.Rahman and most notably later by the deceased King Birendra of Nepal during its official establishment in 1985. During the time when nations around the world could sense an end to the greatest Cold War in history, leaders of South Asia were at least not mistaken on the necessity of grabbing a historical opportunity to work together as a geographical cluster. The inability to anticipate difficulties that lied ahead for nations in South Asia was SAARC’s biggest mistake. The confusion surrounding the existence of SAARC and what it should be working towards is enormous. Even though it is quietly unacknowledged in political and diplomatic circles.

Unlike any other regional organization around the world, SAARC uniquely escapes tensions that grip nations inside a complex regional setting. As caviling as it may sound, SAARC is a casual exhibition of eight pretentious nations. In reality, not only do SAARC nations have internal problems but a disturbing quantity of animosity towards each other. The recent diplomatic skirmishes between India-Nepal, India-Maldives, India-Sri-Lanka or the prevailing hostility between nuclear India and Pakistan are evidences to that. There is a growing global security concern in relation to terrorist activities in Pakistan and Afghanistan. Human Rights issues are rife in Bangladesh and Bhutan.

Nepal, Sri-Lanka and Maldives are defamed examples of political disasters. These issues question the existence of SAARC as a regional body. A critique could argue that SAARC does not hold authority as per its charter to poke into issues that plague nations in South Asia. But, it is important to contemplate the fact that regional arrangements should have the power and will to operate agendas that can deal with problems. Not merely organize yearly expos in the name of ministerial, secretarial and directorial level of meetings. The first problem of SAARC is its uncompromising personality of acting as a denying victim to the realities inside the South Asian continent.

The second problem of SAARC has been its colossal lapse in anticipating and ignoring political influences that determines its setup. The mistake in the past was its lack of audacity to approach and persuade China into an active role (if not a member), which borders four SAARC nations. The other mistake was to add Afghanistan into the family late into its establishment. The SAARC leadership especially situated in smaller nations like Nepal until late failed to acknowledge the importance of persuading nations like China as an active member. Had that been the case, countries like Nepal and SAARC in general would have had a robust share of economic connectivity with China. At present, South East Asia and the rest of the world seems to have gained at the expense of South Asia’s missed break.

Another problem is the appalling contradiction of differing bilateral relations between SAARC nations. The special privileges of Nepal and Bhutan inside India and vice versa is a prime example of the existence of “politics of affinity” in the subcontinent. It might sound as a dangerous speculation but Nepal, Bhutan and India with exception to Sri-Lanka have contrasting cultural and religious orientation with the rest of SAARC nations. Among so many disparities, the existence and survival of a regional cohort is nonetheless extraordinary.

Is SAARC required at all? From the point of national interests, it is a no. SAARC has most importantly failed to garner three significant leverages. First, SAARC does not endorse nor does guarantee a common diplomatic position at world bodies like the UN. In fact, South Asian nations exercise a strictly realist based foreign policy; in as much also questioning each others’ actions in the United Nations framework. Second, SAARC does not guarantee what it preaches. Notable examples are the ineffective trade mechanisms under SAFTA and counter-terrorism policies.

Third, SAARC cannot contain the threat of regional violence or war. Examples include the brief India-Pakistan war in 1999 and ongoing conflicts in the Afg-Pak border. SAARC needs an exhaustive transformation which it cannot attain. Banishing SAARC is the solution to one of the problems in South Asia. Without SAARC, the comfortable bubble that nations justify to be living with will explode. Hence, creating space for a better regional design which can survive in the current reality of the world as well as hold capacity to solve significant issues.