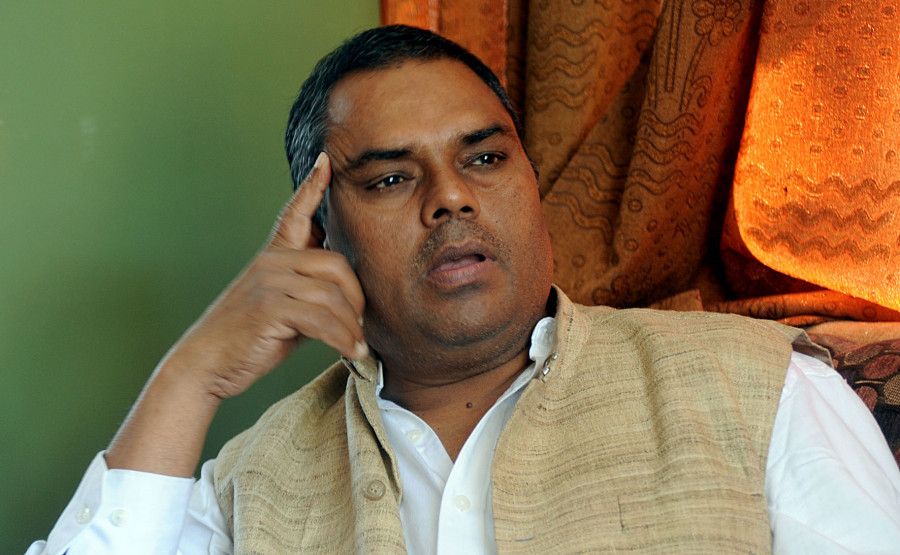 Nepal Foreign Affairs (KATHMANDU, 24 December 2019) – The Socialist Party has decided to walk out of the government led by the Nepal Communist Party, citing the non-implementation of a two-point agreement that two sides signed earlier. Party Chair Upendra Yadav who is the Deputy Prime Minister in the incumbent government announced the party’s exit from the government through a press statement today. As he said, the two-point agreement which also includes the constitution amendment issue was not implemented by the government.

Leader Yadav, who also assumes the portfolio of the Ministry of Law, Justice and Parliamentary Affairs, said that he in the December 23 meeting of the Council of Ministers proposed to constitute an expert committee to carry out homework for the constitution amendment, but the proposal was rejected and that’s why he resigned from the government. “I hereby inform about my resignation from the post of Deputy Prime Minister and Minister for Law, Justice and Parliamentary Affairs to be effective from today as it seems staying in the government holds no meaning now on a moral ground when it is clear the government has backtracked from the two-point agreement and unilaterally violated it,” Yadav stated in the press note.

The then Federal Socialist Party had joined the government on the condition of amending the constitution. The Party stated that it had introduced the topic of constitution amendment in the meeting of the Council of Ministers and the Parliament from time to time as well as submitted a memorandum in this connection to the Prime Minister. It alleged that however its concerns were not heard.

Minister for Urban Development Mohammad Ishtiyak Rai who also represented the party in the government also resigned from his post today. There are 17 lawmakers from the Federal Socialist Party in the Parliament.