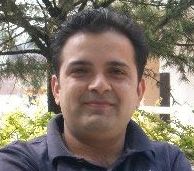 When “progressives” of all hues interpret Kailali carnage only as an outburst of Tharu anger, when Tharu leaders demonstrate no remorse for gruesome killings of unarmed police and a toddler and yet blame those killed than the killers, when the intelligentsia is just concerned about being politically correct, when even media pretends to treat hate speech by Madheshi leaders as a voice for inclusion, when everyone seems to know who is behind all this and yet does not speak the truth, somebody like this scribe has to either forcefully join chorus of silence or speak his mind.It’s now proven that Rajendra Mahato and Amresh Kumar Singh had incited Tharus in Tikapur to chase away hill settlers using domestic weapons. There was announcement of bounty of five million for those who laid their life at the altar of “revolution.” Tharu leaders themselves spoke of people coming from across the border on the eve of Kailali carnage. Home Minister was bold enough to speak of infiltration from the “south” in his address to the parliament.

Despite these truths, there was an attempt to falsify details of telephone conversation between Indian PM and his Nepali counterpart. A journalist wrote of it as a dressing down of Sushil Koirala by the Indian PM for taking constitution process ahead as per the wish of “four-five” leaders, an assertion that the PMO in Nepal refuted. The journalist expected us to believe that all the unrest in Tarai plains is spontaneous.

Issues related to India’s hand (and now even illegitimate demands of Madheshi leaders) are met with disturbing silence in Kathmandu. Is there a foreign hand? You ask a leader or an analyst. ‘Perhaps, but I suggest you to keep your own house in order, before pointing fingers at foreigners,’ they respond. If you pester, they offer further hints. ‘The forces that do not want to see sovereign Nepal, those that want to maintain controlled instability and want to destabilize this tiny Himalayan country for their vested interests are behind it,’ they tell you. Who do you mean by such forces? You ask. You are smart enough to understand, comes the reply. We understand. They mean India.

However, when it comes to political meddling of India, most tongues are tied in Nepal. Now even when it comes to excesses of Madheshi leaders we are expected to stay quiet. Especially if you are among hill Brahmin/Chhetri commentators, you must be careful not to speak a word against Madheshis. This speak-no-evil has cost us dearly.

Nepali Congress, CPN-UML, UCPN (Maoist) and Madheshi People’s Right Forum (Democratic) displayed rare unity in June and signed 16-point deal. International community welcomed it. Then some Madheshi leaders knocked doors of Indian Embassy in Kathmandu. Top leaders started receiving invitations for Delhi visit. It was reported from various sources that Delhi was bent on scotching the deal. Is that the case? We asked Chairman of Constituent Assembly Subhash Chandra Nembang. He only made insinuations. “Why do you want to get it from my mouth? Look at how Gagan Thapa and Pradip Giri have changed tunes. Study the corollary of events.”

Chain of events suggests more: India had a hand in spoiling the deal and fuelling ongoing unrest in Tarai. Separatists have become emboldened. Nepali Congress’s Amresh Kumar Singh (he is said to openly boast of his Delhi connections with journalists) is acting like he is above everything—sovereignty, constitution, CA and party statute. He and Rajendra Mahato challenge the State Affairs Committee, ‘yes, we are spreading secessionist sentiment, do whatever you can.’ This does not become a media debate, nor do parliamentarians raise this issue in public. It’s like every member in the CA knows that the likes of Mahato and Singh are there to serve Indian interests but nobody speaks out against them. They seem to know that speaking against these leaders is like speaking against India.

They are becoming successful. They might target people of hill origin living in Tarai next. Some radicals are openly exhorting India to annex Tarai plains of Nepal. Yet we are expected not to speak evil of Madheshi leaders and India. Fawning intelligentsia would have us understand it as the movement for liberation of Madheshi people.

It’s rare to find a person to say anything critical against India. Do you want to quote? They ask you. If you say yes you never get anything. Say no, and then they tell you ‘it’s all India’s doing; it wants instability in Nepal.’

Why don’t they speak against India meddling? Since it’s hard to find a person to critically respond to this question I turned to Nagarik editor Gunaraj Luintel. “Because of fear,” says Luintel, “every leader and member of intelligentsia hopes to be in good book of India. Only those who have no hope and no fear will speak up.”

Interestingly, when it comes to chiding our leaders everyone is excited and they even resort to name calling. This tendency is fraught with danger, says Luintel. “One big risk is”, he warns, “India will never know how anti-India sentiment is growing in Nepal and it won’t be appreciated even for doing good for Nepal.”

This speak-no-evil of India must be broken because truth, like water, will find its way. Someone will make it public one day anyway.

Indian Professor SD Muni revealed in 2012 that King Tribhuvan had, during the anti-Rana agitation in 1950, exhorted India to annex Nepal. Historian Rishikesh Shah has written about how Nepali politics was under India’s control during the 1950s. Cabinet meetings, he writes, would not be held unless Indian envoys participated. India “did not even seem to regard Nepal as an equal and independent country.” B P Koirala’s Atmabritantra is another testimony of how Indians control Nepali politics. Even Nepal’s journalists have exposed how India was behind ‘people’s war’ to the dethroning of King Gyanendra to the dissolution of CA in 2012 to the second election of CA in 2013.

Nothing remains secret in the era of digital eavesdropping. There are attempts to take the country back to state of open Indian meddling.

There are some bold exceptions to ‘speak-no evil against India and Madhesh’ camp. Among writers Mumaram Khanal, Yubaraj Ghimire, Bipin Adhikari and Bhimarjun Acharya come to mind. They have consistently spoken against Indian meddling in Nepali politics. Among politicians, no one is as candid as Chitra Bahadur KC—who recently told the parliament ‘there are not only Nepalis here but also someone who lost local election in India, so the government cannot take action against him.’ He was referring to Amresh Singh. Another is Narayanman Bijukchhe—who maintains that India has been treating Nepal as its colony. It is another thing that they are ridiculed or ignored.

There are genuine fears of the compromise of our sovereignty in the name of federalism. How do you explain the call for taking away almost half of the territory—from Chure to the south, from Mechi to Mahakali—to isolate hills and mountains? How do you explain the inability of Nepali Congress to take action against Amresh Singh? What do you say to the rejection of taking federalism to national referendum?

Progressives have readymade answers: For the liberation of the poor Madheshis and Tharus, to end historical marginalization of the weaker groups and to build prosperous Nepal.

Those who are dissatisfied with this ill design must say what they know. They must tell the big brother how it is being criticized by people in Nepal. They should tell the people that the leaders who are shedding crocodile tears in the name of poor Madheshis and Tharus have something else in mind, even if that inadvertently means speaking some evil against India and hurting some.

(This article was published in Republica Daily on August 31, 2015)