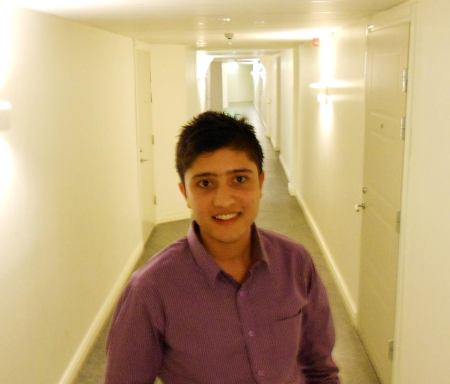 By Sisir Devkota (KATHMANDU, 15 Sep. 2017) – In the early hours of 3rd September 2017, North Korea was rocked by an earthquake of 6.3 magnitude. Unprecedently, the world knew it was not another natural event of seismic action; rather it cultivated dangerous assumptions.

Did North Korea advance its nuclear program to the extent of no return? Did DPRK’s recent developments close all doors of engagement? Is it too late and are we going to have to live with a nuclear armed, highly volatile North Korean regime?

As much as the DPRK has been untrustworthy to its international commitments; most notably violating its 1994 treaty with the United States by organizing a secret nuclear program; the west has rather under estimated DPRK’s ambitions and its quality of program expertise. Until recent, DPRK’s nuclear announcements became viral jokes in the internet; scientists and scholars reiterated DPRK’s incapability, and yet earlier this year; it devised an intercontinental ballistic missile.

Developing an ICBM did not guarantee anything; but the message was clear- the Kims were being funny but they certainly were not joking about their nuclear aspirations. DPRK truly set an example of how nations like people could break promises and cheat behind another nation(s) back. After declaring to have tested its first nuclear weapon in 2006, North Korea agreed to close its reactor in exchange of $400 million.

As part of the same exchange, in 2008, it destroyed water cooling centers used for its nuclear program. Trusting DPRK’s effort, the United States rather ecstatically removed North Korea from its list of states that supported terrorism. A year later, North Korea sensationally declared to have conducted its second nuclear test that not only shocked international lobbyists, but also hinted on the fact that we were all dealing with an unpredictable regime. A regime that could strike a nuclear weapon first; then declare later.

There has been a visible lack of international efforts to contain the regime’s inclination towards developing nuclear weapons as it took three years for the United States to reconsider talks with the DPRK; after the Hermit Kingdom broke the “six party talks” held in 2008. Until last year, the regime kept threatening Japan, South Korea and US allies but was largely taken as a ridiculous joke coming from the entertaining Kim Jong-un. However, earlier this month, it launched two ICBM over Japanese territories after repeated warnings from Donald Trump to face peril that humankind would have never seen.

North Korean intentions are very covert but they seem to have a very clear pattern. After all, the DPRK meant to strike US and its allies when it declared so. The DPRK meant to advance its weapons program when it announced to and is having the last laugh as it managed to keep the world in a loop while secretly establishing its nuclear capability. On the other hand, international actions have long been lagging behind a clear consensus on ways to contain North Korea. Just like Kim Jong-un’s pattern of dealing with his adversaries, diplomatic action towards North Korea has rather repeated similar mistakes from the past. In 2002, when the regime cut off from the treaty on the non-proliferation of nuclear weapons, it was not until 2007 when it was approached for dialogue. In relation to the DPRK, western diplomacy has failed.

It is only rational to assume that North Korea is developing nuclear warheads to increase its scope of influence and power. The western efforts to contain North Korea via economic sanctions has not worked; despite blessings from Beijing. For any solution, China will have to play a significant role as it not only assumes regional leadership but is also using the DPRK to impose its own posture in the world. For China, the Kim card is one that of balancing its strained relationships with almost all of its neighbors in Asia. Among so many antagonists, China has found an ally which cannot afford to be un-loyal for its survival. Just like Russia harbors the Baathists regime in Syria, Beijing will hold on to Pyongyang; just in case the United States decides to strike militarily. After recent developments, the scope of regional hegemons like India or the EU taking lead in solving the issue has gone out of the window. Such club of nations will be careful to not act in abruptness as the general assumption will be that the DPRK is closing quickly to form its own nuclear means. A nuclear armed North Korea is a potential threat to international security but amazingly is more of an opportunity to other nuclear states; for energy trade.

North Korea has grown bolder over the years and it might have come from the fact that they are very close in making a nuclear bomb. Self-determination and sovereignty ambitions might have rightly driven the regime to undertake a rather long and painful process of establishing nuclear power. The DPRK has taken a leap while the world was busy teasing its competency. The consequences could be fatal but the world might also be on the verge of witnessing a counter hegemonic state of world affairs.