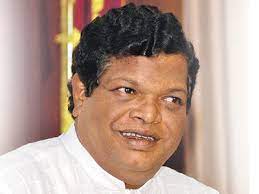 COLOMBO, May 31 (Xinhua) –  The Sri Lankan government announced on Tuesday that it has decided to amend five taxation acts in order to hike tax rates to bring the government revenue back to 2019 levels.

The tax rate hike is expected to involve value added taxes. Inland Revenue Act, No. 24 of 2017, Value Added Tax Act, No. 14 of 2002, Telecommunication Levy Act No. 21 of 2011, Betting and Gaming Levy Act, No. 40 of 1988, and Fiscal Management (Responsibility) Act No. 3 of 2003 were relaxed in 2019, leading to an about 25 percent decrease in the government revenue, said cabinet spokesperson Bandula Gunawardena.

The cabinet has approved a proposal to prepare the necessary bills to amend the above-mentioned acts with a view to increasing government revenue, said Gunawardena. Sri Lanka has lost close to 1 million taxpayers following tax cuts introduced in late 2019, according to former Finance Minister Ali Sabry.