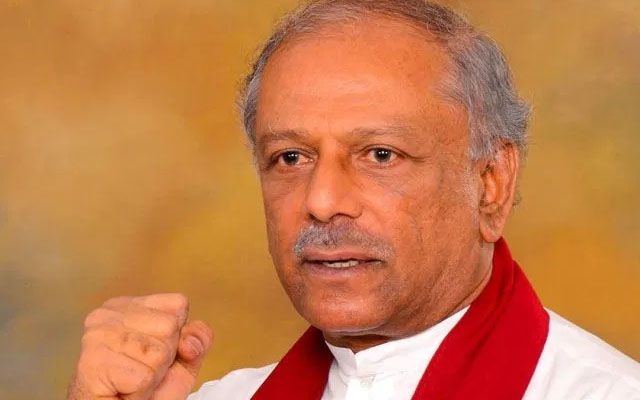 PTI (Colombo, 23 February 2020) – Sri Lankan Foreign Minister Dinesh Gunawardena will officially announce Colombo’s withdrawal from co-sponsoring a 2015 UN Human Rights Council resolution on accountability for war crimes during his address at the council’s session on Wednesday, according to his office.

Sri Lanka co-sponsored the resolution along with 11 other countries, including the U.S. and Britain, calling for an investigation into alleged human rights violations during the island nation’s civil war, which ended in 2009.

Mr. Gunawardena will make the announcement on Wednesday during his address at the 43rd Session of the Human Rights Council (HRC) in Geneva.

Ahead of the Session, Foreign Secretary Ravinatha Aryasinha briefed the President of the UNHRC Elisabeth Tichy-Fisslberger in Geneva on Lanka’s decision to withdraw from the resolution, the foreign ministry said on Saturday.

Sri Lanka decided to withdraw from co-sponsoring the resolution after the U.S. imposed travel restrictions on Army chief Lt Gen Shavendra Silva and his immediate family members over alleged gross violations of human rights during the final phase of the island nation’s Civil War in 2009.

The resolution 30/1 on promotion on reconciliation in Sri Lanka was co-sponsored in 2015 by the Lankan government headed by then President Maithripala Sirisena.

Sri Lanka’s ruling and opposition parties have strongly opposed the U.S. move to impose the travel ban on Lt Gen Silva, saying America’s decision was based on independently unverified information.

Foreign Minister Gunawardena earlier said that Lt Gen Silva was only conducting a war against a designated terrorist group which was the LTTE.

Lt Gen Silva was appointed as the Sri Lankan Army Commander last year and previously headed the Army’s 58th Division in the final battle against the Liberation Tigers of Tamil Eelam (LTTE) rebels of the civil war in 2009.

The UN rights body resolution had blamed Silva’s brigade of committing rights abuses during the final phase of the battle which ended in May 2009. Both government troops and the LTTE were accused of rights violations. The Sri Lanka Army has denied the alleged rights abuses.

The resolution 30/1 called for an independent investigation with foreign judges and prosecutors to probe war crimes allegation.

According to a United Nations report, some 45,000 Tamil civilians were killed in the last months of the war alone.