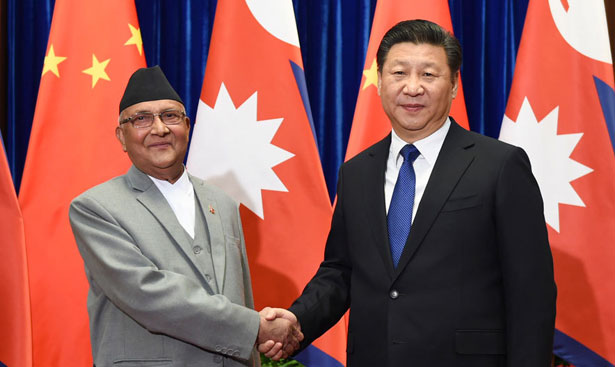 One concerning aspect of China’s rising prominence is its troublesome relations with its neighbours. It has fought both real and legal battles on territorial and ideological grounds on several fronts including in India, Vietnam and on the Korean peninsula in the past, and currently is causing controversy with its maritime expansion. But one break in this pattern is the country’s long-standing relationship with Nepal.

Although the two countries share pre-historic ties that date back to the seventh century, modern-day Sino–Nepal relations began with an exchange of diplomatic missions in 1955 and the signing of the treaty of peace and friendship in 1960.

China prioritises relations with Nepal due to its geo-strategic location, lying between India and China’s autonomous region of Tibet. Chinese interest in Nepal has been stoked by national security concerns related to the free Tibet movements. The two countries share 1400 kilometres of remote and relatively unguarded borders. This has provided a safe passage for refugees fleeing Tibet to go to India or Nepal since China’s reclamation of the territory in 1959.

Nepal hosts around 20,000 Tibetan refugees in different camps around the country. The most concerning issue for China is the continuing anti-Chinese protests by Tibetan refugees in Kathmandu, who are joined by free Tibet activists from Dharamsala in India — home to the majority of the exiled Tibetan population. The porous border between India and Nepal has placed Kathmandu as a vantage point for the free-Tibet movement to conduct their operations with relative ease.

Thanks to successful Chinese diplomacy, Nepal steadfastly maintains a ‘One China’ policy by curbing all kinds of anti-China protest. Nepal maintains vigilance over the Tibetan community as exemplified by the ultra-high security arrangement in Kathmandu at the outset of the Beijing Olympics Games in 2008.

It is no coincidence that Chinese aid, including in the security sector, is flowing into Nepal at a rapid rate. China is constructing a training centre for Nepal’s Armed Police Force, a paramilitary force created to combat Maoist rebellions 15 years ago. It also invites high-ranking members of the Nepalese army to do various courses in its military academy. Keeping anti-Chinese activism in check has thus remained the focal point of Chinese foreign policy in Nepal.

Recently, other aspects of the relationship are also burgeoning. On the economic front, the two countries are making strides. Trade is rising and China is now the second largest trading partner of Nepal after India. The number of Chinese tourists visiting Nepal has increased 15 fold since 2003, giving a much needed impetus to the sluggish Nepalese economy.

China recently became the largest foreign investor in Nepal, a position long held by regional rival India. China is investing heavily in infrastructure projects, including in the two largest hydropower projects in Nepal. The two countries have agreed to develop a cross-border transmission line, the construction of an international airport in Nepal’s second largest city of Pokhara, and the extension of the Qinghai–Tibet rail network through the Himalayas to the border town of Lasha and on to the capital Kathmandu.

These infrastructure projects are part of China’s long-term plan to connect to broader South Asia as a part of its Silk Road Economic Belt policy. The projects, if successful, would have huge strategic and economic implications for Chinese relations with Nepal as well as its other South Asian neighbours. And they would provide land-locked Nepal with an alternative route to connect to the outer world without having to rely solely on India.

In return, Nepal played a catalytic role in giving China observatory status in the South Asian Association for Regional Cooperation (SAARC), an apex body of eight South Asian countries including India and Pakistan. Nepal also strongly advocated for granting China full membership of the association given its repeated and explicit desire to play a more influential role in the region through SAARC.

The weakest link in China–Nepal relations has been a minimal connection among the general public in the two countries, with bilateral exchanges largely limited to the official level. Not only are the people on either side of the Himalayas largely oblivious about each other’s language and culture, they often stumble over the geographic location.

Still, both governments have been making attempts to change that scenario in recent years. A branch of the Confucius Institute, a not-for-profit organisation under China’s Ministry of Education, has been set-up in Kathmandu to promote Chinese language and culture. The institute runs regular language classes teaching Mandarin and also organises cultural events across the country.

Increasingly large numbers of students from both countries are travelling under various cultural and educational exchange programs. Many Nepalese students head to Chinese universities on their own for higher education in medicine and engineering.

The Nepalese public are generally positive about their country’s relationship with China. This is due in part to China’s impressive economic success and modernisation in recent decades, and more importantly, the perception that China employs a ‘cooperation without intervention’ policy. This policy in particular has enabled China to accumulate considerable soft power in Nepal.

Considering the often-tense relations China shares with most of the neighbours, having at least one trouble-free relationship in its backyard must be a gratifying success for Chinese diplomacy.

(Bishal Chalise is a Masters student at the Crawford School of Public Policy at the ANU. This article was originally published in East Asia Forum on April 2, 2016. http://www.eastasiaforum.org/2016/04/02/sunny-days-ahead-for-blossoming-china-nepal-ties/)