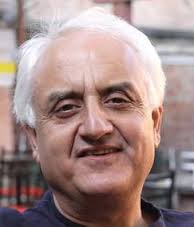 By Kanak Mani Dixit (10 October 2017) – The Dasain (Dushhera) holiday was a time of a secretive exercise in Kathmandu between the leaders of the mainstream left Communist Party of Nepal (Unified-Marxist Leninist) and the Communist Party of Nepal (Maoist-Centre) leaders on seat adjustment for the upcoming provincial and parliamentary elections slated for November-December.

The announcement took everyone by surprise, including the public, the ruling Nepali Congress that is actually in coalition with the Maoists, and the Ministry of External Affairs in New Delhi, which has long been invested in Kathmandu politics.

There has been every reason to look forward to the dual elections up ahead, following on local government polls already concluded, as this would mean the long-awaited ‘normalisation’ of the polity. We needed respite after the decade of conflict, the decade of Constitution-writing, and times of communal polarisation and foreign interventionism. The economic resurgence emanating from political stability would also serve the people well, as also India, especially the northern ‘peripheries’ of Uttar Pradesh, Bihar and West Bengal.

But one is confronted instead by this distasteful cohabitation between a communist party that was developing a home-grown liberal democratic ethos and the unapologetic radical force led by the opportunistic Pushpa Kamal Dahal (‘Prachanda’). The latter wants simply to keep his past from catching up — vis-à-vis conflict era accountability and financial scam on demobilisation funds — by using his party and cadre to remain personally, politically relevant.

The deal provides respite for a Maoist party that has been in steady decline, and Mr. Dahal can now once again be expected to disrupt democratic evolution for sake of personal survival. Even Baburam Bhattarai, who broke from Mr. Dahal and was wandering in the political wilderness, has found refuge in the new alliance.

The UML, together with the Nepali Congress, constituted the democratic force that chaperoned Nepal out of the decade of excruciating conflict and into the new democratic era under a new Constitution. But today, not only is the UML going for electoral adjustment with the Maoists at an unbelievable 60:40 ratio, they have also declared plans for unification after the elections.

Why this desperation on the part of UML Chairman K.P. Oli, this risking of ignominy? Why has the UML seen fit to endanger Nepal’s normalisation, cooperating with the unrepentant bosses of the ‘people’s war’ who have proceeded to sabotage ‘transitional justice’ and generated hopelessness among conflict era victims?

To try for a rationale, one needs to go back to 2015, when Nepal was still in the middle of the second Constituent Assembly, with the NC and UML in a democratic alliance that was to remain for a year after the promulgation of the Constitution through to parliamentary elections. New Delhi made no bones about its dislike for the Constitution that was promulgated, and slapped a five-month economic blockade, which began during the prime ministership of the NC’s Sushil Koirala and continued under Mr. Oli.

As Nepal reeled under shortages, the resulting public resentment gave Mr. Oli the political leverage to reach out to Beijing to sign 10 agreements, including on trade, transit, energy, commerce, infrastructure and investment. The blockade made Kathmandu’s pivot northward possible, but New Delhi retained its ability to influence Nepal affairs, and its mandarins helped engineer the collapse of the NC-UML coalition and the power-sharing arrangement between the NC’s Sher Bahadur Deuba and Mr. Dahal.

The latter became prime minister in August 2016, and relinquished the post to Mr. Deuba in June 2017. With an eye to post-election government formation, Mr. Deuba picked up tiny parties into the NC-Maoist coalition, creating the largest cabinet ever in national history. Claims of Indian involvement in Nepal’s political affairs tend to be pooh-poohed by New Delhi’s phalanx of ‘Nepal experts’, many of them former diplomats or think tank-walas closely aligned to Raisina Hill. But the wearer perhaps knows better where the shoe pinches, and the first qualification of Nepal’s leaders became the ability to keep Delhi mollified but at arm’s length — which in fact is how the Constitution ultimately got promulgated.

While certainly New Delhi does not spend its waking hours conspiring against the neighbour, the fact is even the modest swish of the wand at South Block creates a windstorm in Kathmandu. And the messages came loud and clear, including via a Rajya Sabha Television programme in August with heavyweight panellists speaking ‘the line’, that Mr. Oli must be prevented at all costs from becoming Prime Minister. Some Kathmandu players were pleased at the prospect, others naturally distressed.

Besides annoyance with Mr. Oli, New Delhi’s concerns have been heightened by Beijing’s accelerating proactivism in Nepal, signalling a shift in the hands-off policy that had survived since the days of Zhou Enlai. Beijing has long favoured a coming together of the ‘communist’ forces, which too is a result of an under-appreciation of the democratic sophistication of Nepal and lack of understanding of the democratic chasm between the UML and Maoists. It is obviously too much to expect Beijing to respect democratic nuance, but at the same time it would be wrong to claim that the northern neighbour engineered the dramatic announcement of Dasain.

Mr. Oli is the political leader who has been the most clear-headed about Maoist atrocities from the conflict era. It was during his time as Prime Minister, nine months till July 2016, that Mr. Dahal was brought close to accepting the principle of accountability for (stateside and rebel) excesses committed during the conflict. Which is why it is incongruous (some would say poignant) to see the shifting political sands pushing him now into the arms of Mr. Dahal.

It was hardly as if others had not collaborated with the Maoists before this, which is why the remonstrations of the NC faithful and New Delhi commentators lack credibility. Even as this is written, the NC, avowed ‘democratic’ party started by B.P. Koirala, remains in coalition government with Mr. Dahal’s Maoist party, and had an electoral alliance with him in the local government polls.

The Maoists have in fact long been kosher for New Delhi, which has engaged, cajoled and intimidated Mr. Dahal for over a decade to get its way, even overlooking his ‘anti-Indianism’ on the altar of realpolitik. India has employed a carrot-and-stick approach on Mr. Dahal — even selectively making use of the platform of the UN Human Rights Commission in Geneva to put the fear of retribution in him — and so New Delhi may fulminate today but its options are limited.

Having worked tactically with the Maoists, it does not behove the NC to decry the UML-Maoist alliance. Instead the deal must be firmly questioned on objective considerations — because it denies the Nepali public’s desires for peace and accountability, for being opportunistic and abandoning ideology and morality altogether. The alliance must be challenged because it opens the avenue for extended political instability when we thought the society was settling down at last.

Directly and indirectly, the alliance will contribute to the further enfeebling of state institutions, as has been the case over the past decade of Mr. Dahal’s ascendancy. Rampant politicisation and skyrocketing corruption has already accelerated the deterioration of bureaucracy, judiciary, education (school and higher education), government services and economic activity.

If one were to desperately search for a silver lining, it would be the hope that the Nepali Congress will take advantage of being let off the Maoist hook, with new leaders to bring some civility back into the politics. The smaller, newer or regional parties may be attracted to work by the principles abandoned by the seniors, or there may be a useful consolidation of heretofore fragmented forces including the Madhes-centric parties of the plains. And, who knows, the UML’s Mr. Oli may have something up his sleeve to bring the Maoists to the point of apologia and accountability.

New Delhi diplomats, meanwhile, will hopefully try and understand how meddling can lead to unexpected results that spiral beyond one’s control. Certainly, they should desist the urge to rope in some Western powers and try to influence Kathmandu players for a postponement of upcoming elections. Such an effort to buy time would surely boomerang, as the Nepali public is primed and ready for the polls.

As the Maoist tail wags the UML dog, as it did wag the NC dog before this, it is important for the two large democratic parties to get back to ideology and come to a minimum understanding on democratic values and accountability. Elections have shown the commitment of the citizens of mountain, mid-hill and plain to representative democracy based on ideological differentiations. If only the parties showed the same commitment, resilience and acuity.

Kanak Mani Dixit, a writer and journalist based in Kathmandu, is founding editor of the magazine ‘Himal Southasian’. This article first appeared in The Hindu on 10 October 2017.