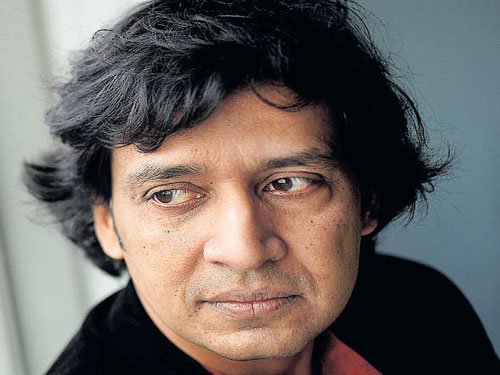 By Tabish Khair (24 March 2020) – The coronavirus that causes the COVID-19 disease is the first neoliberal virus in the world. To say so is not to reduce its dangers — particularly to the already vulnerable, such as the old, the ill or the poor (who cannot isolate without starving) — but to criticise how it has been confronted by most governments across the world. This even applies to the better social welfare capitalist States of Europe — such as Denmark, where I live.

On March 12, Denmark largely shut down for at least two weeks, as did many other European nations, with the exception of the United Kingdom and some others. There were about 500 known cases in Denmark then, out of a population of six million. This shutdown was necessary, and could have been implemented a few days earlier.

However, other necessary things were not and, at the moment I write this essay (17th March), are still not being implemented.

One of the most crucial is testing. Denmark, like many other European nations, is testing only acute cases. If you have mild symptoms — and at least a hundred other diseases give you the same symptoms — you are simply expected to self-isolate (in doubt). At the same time, Denmark has sealed its borders — a political gesture in the absence of widespread internal testing. It is also surprising that while it takes two to four days for test results to become available in rich western nations, it takes only four hours in the afflicted regions of China.

So, what do we make of this? Evidently, it is a neoliberal response, despite the structure of social welfare and a very good health system in countries such as Denmark. A major burden of stopping the virus has been passed on to ordinary citizens, who now have to isolate themselves even if they just have the common cold, while the government issues directives but spends as little as possible. This is not surprising. For the past two decades, whenever corporations or significant banks have stumbled, national governments have pumped public money into them, while cutting public services (including health and research) to raise the money. This has happened everywhere. It is happening again.

Such buffering of the national economy is necessary. But there are two major problems. Most of this money is not being strictly earmarked to preserve jobs, and the lowest wage earners are particularly ignored. Scandinavian Airlines has already suspended 10,000 jobs. Many other workers have been fired by corporations in different countries. But Bernie Sanders seems to be the only western politician who is insisting that handouts should be tied to preserving jobs for the bottom 95%, not to buffering share values for the top 5%. The other problem is that almost no country has put in comparable amounts into the health, social and educational aspects of combating the pandemic.

There are rumours that the virus scare in China, added to the subterranean racism of the West when anything bad is reported in non-white nations, sent American and European investors on a panicked selling spree. They got rid of their controlling shares in significant Chinese sectors at a pittance, and these were bought up by the Chinese government or Chinese investors. Now, with China seemingly in control of the virus, it might be that it has also regained more control over its own economy and sectors. On the other side, American Congress and Senate representatives sold off their shares, based on confidential briefings, just before the U.S. market fell. Once again, a neoliberal virus: a process that will continue in areas like digitalisation and robotisation, with effects on working rights.

The U.K. was the first country to openly concede that many people will need to die before the virus is controlled. Critics pointed out that, given the lack of sufficient action to control the spread of the virus, what politicians were saying was this: “The virus mostly kills the old, the ill and the undernourished poor, and we do not really care whether such economically unproductive people live or die.” Politicians immediately backtracked and said they were just doing their duty by not lying to the people.

But were they? Or were they being influenced by neoliberal logic: financial value is the only value that matters? The fact that 8,000 children die per day from the virus of hunger, whose vaccine (food) is available, is part of this neoliberal equation. Inevitably, the fight against other deadly diseases will suffer, as we scramble to protect ourselves from the coronavirus.

A lot still needs to be done to combat this pandemic. Xenophobia and nationalism will not help. A lot also needs to be done to prepare for similar pandemics that will undoubtedly occur in the future: just a century back, in 1918, the ‘Spanish flu’ (which started among British or allied soldiers) killed 50 million. But nothing much will be done unless we see this as the first neoliberal virus pandemic in the world, and act accordingly.

Tabish Khair is an Indian novelist and academic who teaches in Denmark.