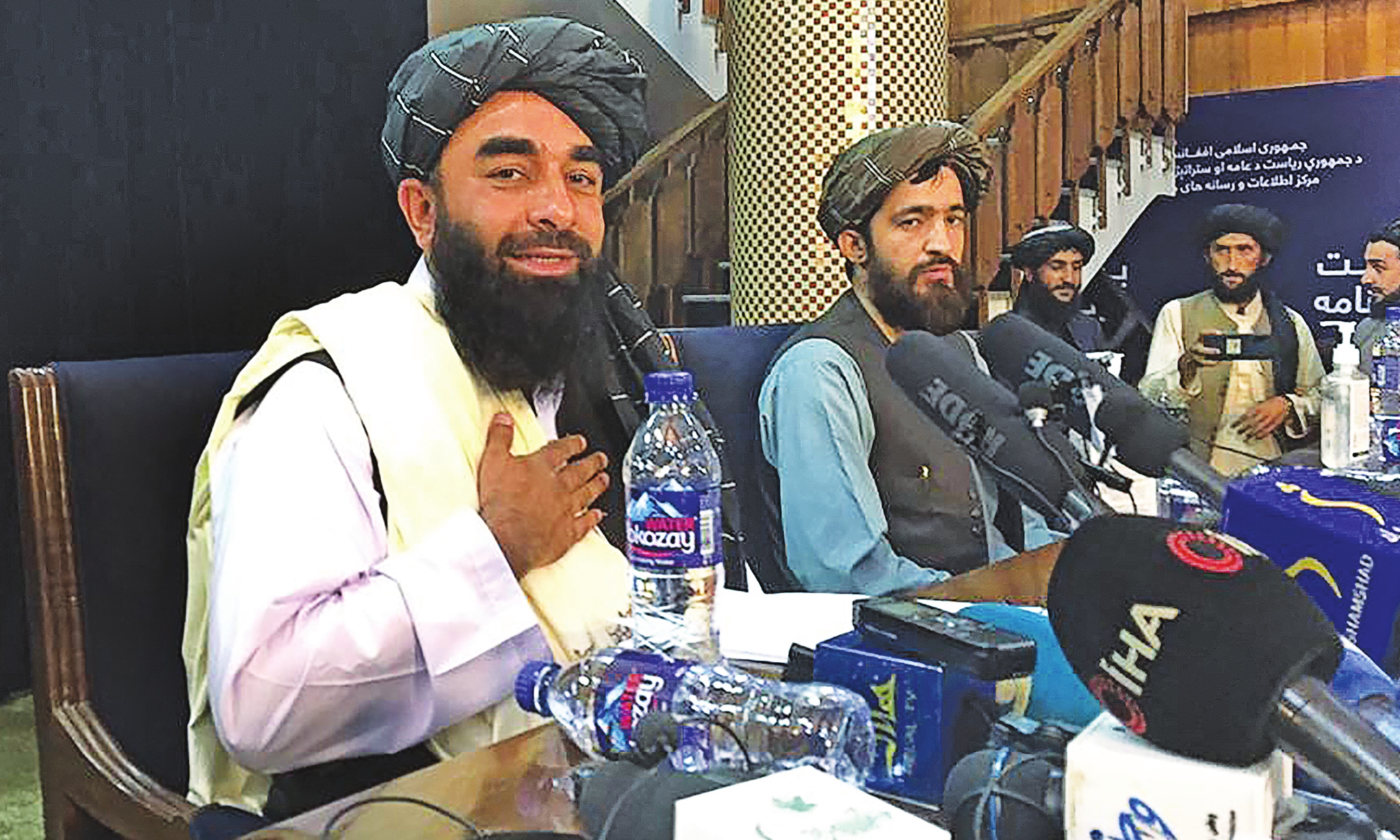 By Radha Kumar (27 August 2021) – On Thursday, External Affairs Minister S Jaishankar briefed the Opposition parties on India’s Afghanistan policy in the wake of the Taliban takeover. The main focus of his briefing was on India’s evacuation effort, but he also added that the Indian government’s policy is to wait and watch.

The briefing appears to leave as much unsaid as said. On evacuation, the Modi administration has prioritised safe passage for our citizens and minorities of Indian origin over our Afghan allies. Indeed, the Home Ministry has gone even further: It now says that any Afghans wishing to evacuate to India must apply for e-visas, and all other existing visas will not be honoured. This is a breathtaking demand to make of people in hiding, many without internet access. Are we simply abandoning the Afghans who worked for our embassy and consulates, students on Indian scholarships, human rights defenders, MPs and officials who might be under threat? One Afghan MP, who flew to Delhi from Istanbul to see her doctor, has already been turned back, to our eternal shame.

The urgency to leave is as great, if not greater, for Afghans. The Taliban oppose the flight of Afghans and have already started turning them away from the airport road. While the US and UK have prioritised evacuation of their citizens, as have other countries, they have also transported out thousands of Afghans who worked with them.

By contrast, the number of potentially at-risk Afghans that we have evacuated number a few dozen, including Hindu and Sikh minorities. The recent evacuation on August 24 of 78 people, including Indian nationals and members of minorities, suggests that our planes might be flying half-empty. Given the Taliban’s ban on evacuating Afghans, it is now vital for our government to seek to negotiate their travel to India, either on its own or in tandem with those G-7 countries that pledged they would negotiate safe passage for both foreigners and Afghans who wish to exit, beyond the August 31 deadline. When it comes to students, especially, our case should be strong. They are not seeking to flee the country; they are availing of educational opportunities that will enable them to contribute to Afghanistan’s development.

In view of the above, whether we can call waiting and watching a policy option is debatable; arguably, it is more akin to abnegation of responsibility. Indeed, it is not clear that the Modi administration is waiting and watching. Indian diplomats have already begun to focus international attention on the threat of terrorist revival following the Taliban takeover, as have several other countries. Terrorism has been India’s chief focus since assuming the presidency of the UN Security Council. In other words, we will wait and watch when it comes to the fast-changing events in Afghanistan but will warn proactively against the potential revival of terrorist threats.

Few will deny that there is such a potential threat, despite the Taliban’s assurance to the contrary. Indeed, threats have already begun to escalate at the Kabul airport. But to focus solely on this issue, disregarding not only our obligations to the thousands of Afghans whom we worked with and the infrastructure that we built, but also other key threats due to the rapidly changing geopolitics of our region, displays fatalism. Most of our neighbours and the great and middle powers are engaging with the Taliban; not only to pursue their own interests but also to create mechanisms to hold the Taliban to their stated commitments, for example on human and women’s rights.

At the recently concluded session of the UN Human Rights Council, the UN High Commissioner for Human Rights, Michelle Bachelet, called for a monitoring mission on human rights in Afghanistan, but the council voted in a watered-down resolution asking Bachelet to report on the situation at its next session. Reportedly, the Indian representative did not refer to the resolution at all, though he stressed the need for humanitarian assistance, an inclusive government and no sanctuaries for the Lashkar-e-Taiba and Jaish-e-Mohammed.

The G-7 similarly watered down calls for sanctions if the Taliban do not honour pledges on girls’ education — to demand a commitment to education for girls only up to the age of 18. In effect, the resolution accepted the Taliban’s decree in Herat that co-education is not acceptable, even at the post-graduate level. While this may permit all-girls’ schools to continue, the same degree of demand is unlikely at the post-graduate level, unless the Taliban actively encourage the setting up of all-girls’ colleges, something the international community is yet to seek.

Several EU member-states are already calling for firmer action on human rights. This demand does not conflict with other demands that the Taliban appear to be trying to fulfil and that have widespread international support, for example, continuing negotiations with former President Hamid Karzai, head of peace negotiations Dr Abdullah and the Panjshiri resistance, with whom they are reportedly trying to agree a ceasefire.

From the Indian statement at the UN Human Rights Council, it appears that the Modi administration might contribute to humanitarian aid for Afghanistan under Taliban rule, so long as the Taliban adhere to the red line on anti-India terrorist groups. The same levers — aid, the chair of the UN sanctions committee and support for an inclusive Afghan government — can also be used for evacuation, pressure on human rights and, down the line, trade access to Central Asia. Wait and watch cannot, surely, entail losing the gains made with Central Asia through common concerns over Afghan security and the stability and economic growth of its neighbours. At present, the message we are sending out to these countries is one of retreat. This is not a message we can afford to send, when China and Pakistan are cementing their power in the region, along with their alliance against India. Nor can we afford to alienate the Taliban to the point that they afford sanctuary to anti-India groups. Engage and expand your leverage is more practical than retreat and let China and Pakistan gain ground (aka wait and watch to many).

This column first appeared in the print edition on August 27, 2021 under the title ‘Connect with Kabul.’