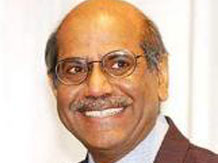 By Shyam Saran – The notion of boundaries as lines drawn on a map is a recent concept — as is the nation state. This is particularly true in the Subcontinent, where empires and kingdoms shaded into one another across ambiguous frontiers rather than be separated by boundaries marking sovereign jurisdictions. The India-Nepal border is unique in that neither country has allowed a political boundary to interrupt the age-old traffic of people who share ties of kinship, religion and culture. This is now being threatened by territorial nationalism on the Nepali side and an emerging security state on the Indian side.

It is easy to trigger anti-Indian sentiment in the Kathmandu Valley, which remains the crucible of Nepali politics and the arbiter of its domestic and foreign policies. As we witness in our own country, nationalist sentiment can be a potent instrument for political mobilisation, but its orientation could be positive or negative. This depends on the political leadership but equally on how aware and enlightened a citizenry is. In Nepal, political groupings of every persuasion have been unable to resist the temptation to conjure up a bullying and overbearing India to present themselves as the fierce custodians of national interest. This is what we saw at play in the demonstrations held recently on the streets of Kathmandu. Residual revolutionaries of the Left competed with the supposedly pro-India Nepali Congress to castigate India for releasing maps which showed Kalapani at the India-Nepal-China trijunction to the north and Susta to the south as Indian territory.

These latest maps have nothing to do with Nepal. They were published to reflect the recent bifurcation of the state of Jammu and Kashmir (J&K) into the two new Union Territories of J&K and Ladakh. There was no change in the depiction of India-Nepal boundary. Yet, the perception was created that the publication of the new map was a departure from the past and constituted pernicious cartographic aggression. It is true that Nepal has, in the past, claimed territory in the Kalapani area and Susta as its own. The two sides agreed that these differences should be resolved though friendly negotiations and their foreign secretaries were mandated to undertake this exercise. As far as one is aware, these talks are yet to take place. If this is an issue with the potential to arouse such strong public sentiment on the Nepali side, then such inaction is inexplicable. My own experience has been that the Nepali side raises such issues for rhetorical purposes but is uninterested in following up through serious negotiations. This is what happened with Nepali demands for the revision of the India-Nepal Friendship Treaty. The Indian side agreed in 2001 to hold talks at the foreign secretary level to come up with a revised treaty — one that, in the Nepali eyes, would be more “equal” with reciprocal obligations and entitlements. Only one such round of talks has taken place.

While I was in Nepal as ambassador, a request was made to put the issue on the agenda of the foreign secretary level talks held in 2003 but without any expectation of actual discussion. When we conveyed our readiness to have a substantive discussion on the treaty revision, the agenda item was dropped by the Nepali side. The purpose was to merely show that the Nepali side was taking up the issue seriously with India. I believe it would be a good policy on the part of India to regularly offer to take up such outstanding issues bilaterally even though the Nepali side may wish to side-step. If efforts are made to rake up such issues for political gain, then India would be able to list publicly the occasions when it has offered to resolve them through friendly negotiations. At the moment, raising these issues as means of hoisting their nationalistic colours is of little risk to the Nepali political parties.

It is not widely known that the two countries have managed to settle about 98 per cent of their common border and these are reflected in the 182 strip maps initialed by them. More than 8,500 boundary pillars have been installed reflecting the agreed alignment.

The Kalapani controversy has arisen due to a difference of perception as to the real and primary source of the Mahakali river. The Treaty of Sugauli concluded in 1816 locates the river as the western boundary with India but different British maps showed the source tributary at different places. This is not unusual given the then state of cartographic science and less-refined surveying techniques. We have similar problems regarding the alignment of the McMahon Line on the eastern sector of the India-China border. With regard to Susta, the problem has arisen as a result of the shifting of the course of the river, again a frequent occurrence in rivers shared by neighbouring countries. There are only two ways to deal with this challenge — either to accept a shifting border as the river itself shifts or to agree on a boundary which remains fixed despite changes in the course of the river. The latter is usually the more rational choice. But such matters require friendly consultations aimed at mutually acceptable outcomes not emotionally charged grandstanding.

Just a few days before this controversy erupted, the prime ministers of India and Nepal inaugurated, through a video conference, the much awaited Motihari-Amlekhgang pipeline, which will enable safe, secure and assured supply of petroleum products to Nepal. These supplies were trucked across the border in the past with frequents incidents of pilferage and contamination in transit and interruptions due to natural disasters or road blocks set up during political protests. This is a demonstration of what cross-border cooperation can achieve to benefit both countries. The ugly anti-Indian protests in Kathmandu provide the self-defeating counterpoint.

There are six to eight million Nepali citizens living and working in India. They enjoy immense goodwill and a congenial and friendly environment wherever they are. Political leaders in Nepal should reflect on this extraordinary asset their country enjoys built over centuries of benign togetherness. Its thoughtless erosion may prove to be costly for both our countries.

This article first appeared in the print on November 27, 2019 under the title ‘A line runs through it’. The writer is a former foreign secretary and senior fellow CPR. He was India’s ambassador to Nepal 2002-4.