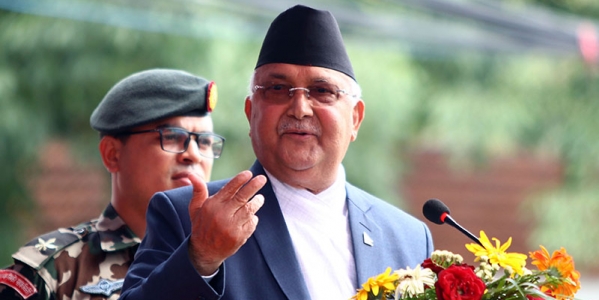 Nepal Foreign Affairs (9 September 2018) – Prime Minister KP Sharma Oli has said that Nepal would get the border points and get access to road to establish our connections with the third countries as per our will following the trade and transit protocol agreement between Nepal and China.

In a tweet today, PM said that the consensus on trade and transit protocol is a matter of extreme happiness for Nepal. The Nepal-China trade and transit agreement has opened up other doors by ending Nepal’s sole dependency on use of Indian ports for business purpose.
The officials of Nepal and China agreed on the protocol on September 6 in Kathmandu. With the agreement, additional border points would be opened along the Nepal-China bordering areas.