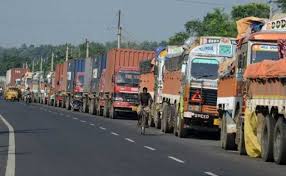 RSS (10 June 2022) – Nepal’s trade deficit has increased by 30.5 per cent in the first 10 months of current fiscal year 2021/22 as compared to corresponding period of the previous fiscal year.

According to the Trade and Export Promotion Centre, the total trade deficit has reached 177.8 billion till May 14 of the current fiscal year. The contribution of export and import in the total trade is 9.7 and 90.3 per cent respectively.

Nepal exported soybean oil, palm oil, woolen carpet and rugs, readymade clothes, juice, sunflower oil, cardamom, tea, pashmina shawl, dog chew, iron products, noodles, Nepali handmade paper and herbs during 10 months of the current fiscal year. Though there is a remarkable improvement in overall export during the period, the total trade deficit has reached Rs 143.1 billion, up by 24.9 per cent, due to the surge in import.