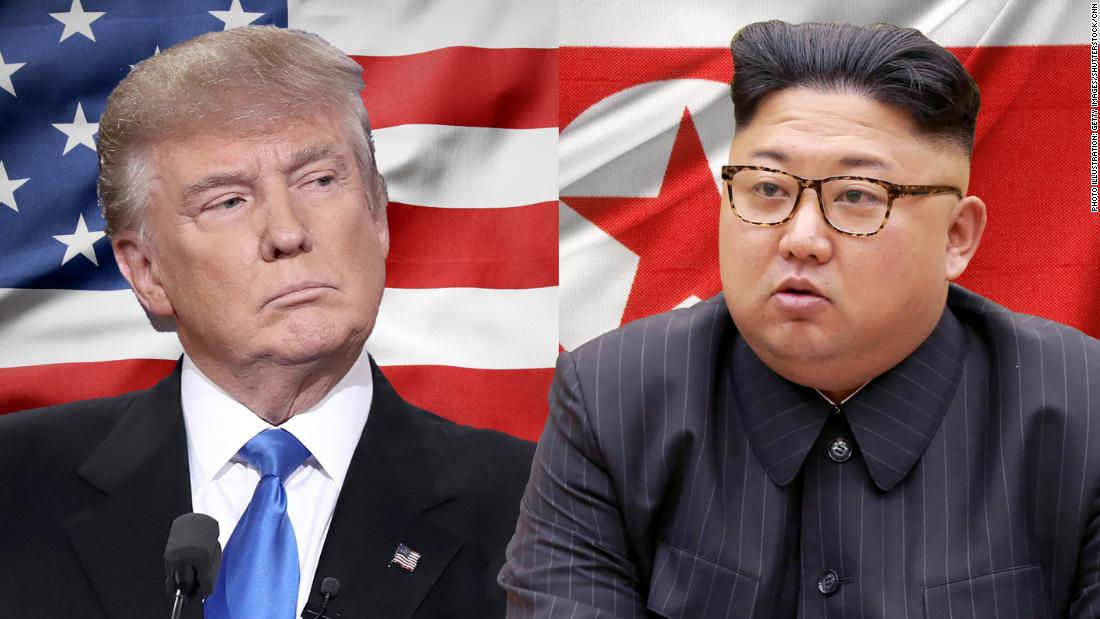 By Dmitry Shlapentokh (Global Times, 8 June 2018) – The mass media is full of articles on the most likely meeting between US President Donald Trump and North Korean leader Kim Jong-un. Still, one of the aspects of the rapprochement is often missing: how Trump is treating US allies and how it has informed observers about the general nature of the US’ foreign policy.

In one of his recent statements, Trump noted that if the negotiations were to fail, the US would engage in a full-scale war with North Korea and, he assured the American electorate, South Korea will fully pay for the confrontation. Trump supporters accept his statements and praise him as a shrewd manager who saves the taxpayers’ money.

Still, a more detailed analysis of Trump’s statement indicates not just the lack of logic, but an element of insanity. It is not just that South Korea and Japan would be utterly devastated in the case of war, but their desire to cover US expenses and, in general terms, to support the US’ possible ventures is questionable. If one remembers, a few months ago, Trump publicly stated that he would rather start a war in North Korea before it has missiles which could strike the US and noted that he understands a war would lead to thousands of deaths. He added that he would rather see these deaths in South Korea and Japan rather than in the US. Thus, Trump is ready to sacrifice South Korea and Japan and at the same time expects them to fully support his policy toward North Korea.

Many American commentators, those from the liberal and leftist mass media, would agree that Trump is an insane militarist, an ugly, lecherous tyrant who has made one wrong step after another, and consequently, his impeachment and replacement by a more appropriate leader would lead to a more sound US foreign policy. Thus, the entire problem is reduced to Trump as a person.

This is hardly the case. Trump’s policy represents the views of a broad segment of the American elite. Unable to understand the US’ withering ability to maintain its global hegemony and misreading the end of the Cold War, it engaged in reckless actions, and on occasion, almost insane verbalization.

The collapse of the USSR was seen by the US elite not as a winning lottery ticket delivered by Gorbachev, but as an affirmation of US socio-economic and military superiority. “Preventive” wars, actually wars of aggression, were launched by Democratic president Bill Clinton against Serbia/Yugoslavia (1999) and later by Republican president George W. Bush (2001 and 2003) against Afghanistan and Iraq. The ruling “neo-cons” did not even bother to moralize about the reason behind US actions.

Robert KoganKagan, one of the leading ideologists of the Bush administration, noted that Europeans are from Venus. He is na?ve to believe that Americans are from Mars; they understand that it is only force that rules supreme in foreign policy, and since the US is the most powerful nation on earth, it can do whatever it wants without being bothered by moral justifications. President Barack Obama criticized his predecessors’ foreign policy. Still, like Bush, he failed to understand the reason for the USSR’s collapse, continuous decline in the US’ industrial capacity and economy in general and limits of US imperial power.

Obama failed to understand that the US simply did not have enough resources for a global quest. In his view, the problem was just that the people in charge were not “smart” enough. Consequently, when  secretarywhen secretary of state Hillary Clinton was installed, she believed that a sophisticated strategy would solve all problems. The US would not be involved directly: it would “lead from behind.” HoweverAs a result, Clinton supported Islamists during the civil war in Libya, assuming that they could easily be tamed after fulfilling their task. They indeed overthrew Muammar Gaddafi and murdered him. Still, they were not tamed and quickly “rewarded” the “smart” Clinton by killing the American ambassador and several embassy employees. Libya was transformed into a failed state and this was the reason why it disappeared from American TV screens as example of a prosperous democracy.

Consequently, instead of the US imperial presence expanding, it actually declined as the debacle in the Middle East showed. As Trump later himself acknowledged, it cost the US $7 trillion and thousands of American soldiers’ lives. At the same time, there was no end in sight.

The economic burden of maintaining the empire led to retreat from the Middle East, where the US maintains only a skeletal force. Trump once again ignored the facts – the inability to maintain the empire – and reduced everything to the assumption that Obama and his advisors were “not smart” and allowed US allies and enemies to take advantage of the country. Still, Trump followed in Obama’s footsteps.

Trump proclaimed that nothing would be changed in the US’ socio-economic arrangements besidesadopted tax cuts for the rich few who would hardly reinvest money in American factories and roads. According to Trump, the problem was that all previous presidencies, starting with Bush, were not up to the task, and now he, “smart and tough,” would achieve everything that they had failed at.

Still, his statements, for example, his demand for payment from allies whom he wanted to sacrifice, indicated not just irrationality but implicit weakness. Indeed, the quick transition from an a promised nuclearimminent nuclear war to praise for Kim indicated the subconscious sense of insecurity and weakness. Kim could hardly take Trump’s threat of war and “Qaddafi scenario” seriously. Trump would have struck North Korea long ago if not for General Mattis’ sober note that a full-blown conflict would have catastrophic consequences, not just for North Korea, South Korea and Japan, but for the US itself. He also understood that neither South Korea nor Japan would be fully on the US’ side. Negotiation is the only option which, regardless of its outcomes, would implicitly underscore the US’ diminishing ability to impose its power on the rest of the world. Indeed, no American  president would treat as an equal the leader of a small country which has been dubbed a “rogue state,” and which generations of presidents dismissed as not being worthy of sitting with the leader of a superpower.

The very fact that Kim would discuss these matters with Trump not only indicates his status as leader of a nuclear state, but would implicitly be a sign of the US’ diminishing status in the global arena, regardless of Trump’s hubris.