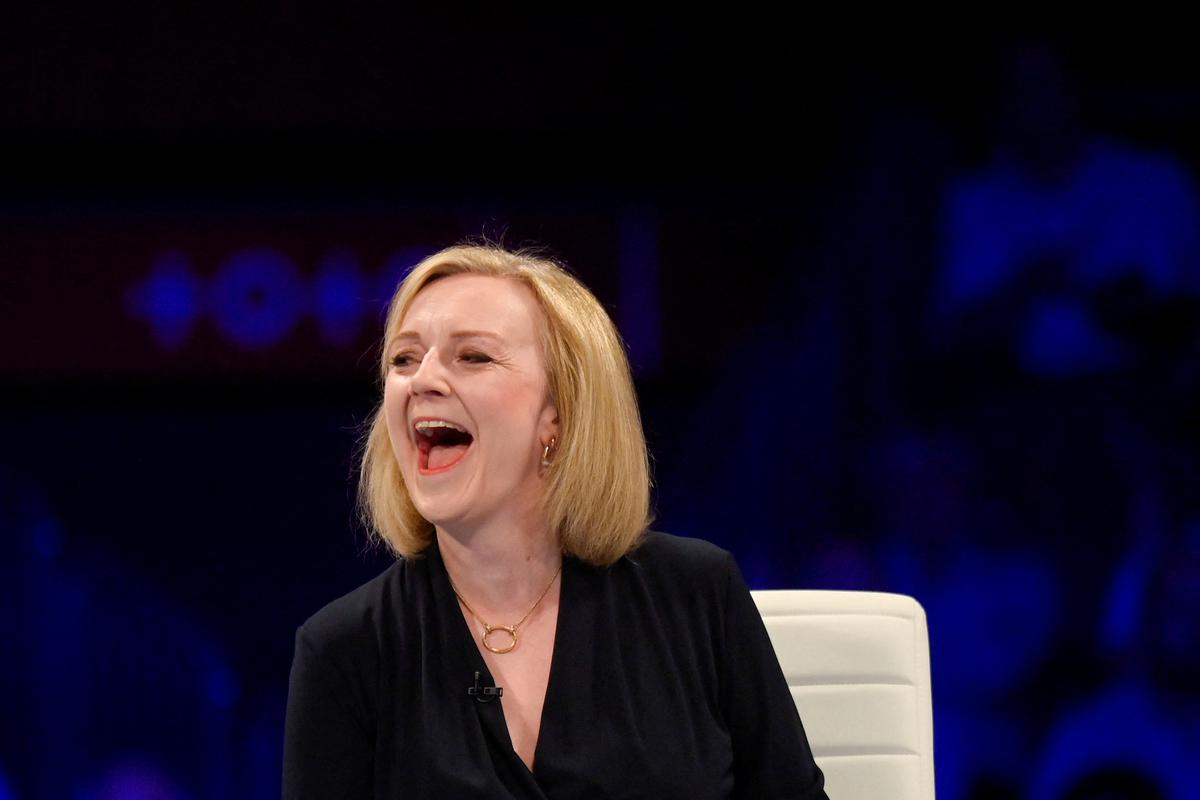 PTI (14 August 2022) – The U.K. prime ministerial race frontrunner, Foreign Secretary Liz Truss, continues to hold on to a commanding 22-point lead over former Chancellor Rishi Sunak in the Conservative Party leadership contest, according to a new survey of Tory members on August 14, 2022.

In an Opinion poll for ‘The Observer’ newspaper of 570 Conservative members with a vote in the election, Ms. Truss is on 61% and the British Indian former minister is on 39%. With under three weeks to go before the September 2 deadline for postal and online votes to be cast by the membership to elect a successor to outgoing Prime Minister Boris Johnson, Mr. Sunak seems to have closed the gap only slightly in recent days.

“From the moment we knew the final two candidates, it has been clear that Truss has had all the momentum, and our latest poll sets out just how large her lead among the party members has become,” Chris Curtis of Opinium told the newspaper.

“With many members having already returned their ballot papers, it is now very unlikely Truss won’t become Prime Minister in September. It’s clear that Sunak’s biggest problem is trust. While some members respect his economic arguments, this hasn’t been enough to overcome the view among members that he isn’t honest or trustworthy enough for the top job, particularly after he called for Johnson to go,” he said.

Opinium’s detailed questioning also uncovers a striking lack of enthusiasm for either candidate when members are asked whether they would prefer one of them to Johnson to run the party and country. When offered the choice of Johnson still being in No. 10 Downing Street, or Truss taking over, around 63% of Tory members polled said they would prefer Johnson to be still in charge against 22% who wanted Truss. On the other side, 68 per cent said they would prefer to still have Johnson than see him replaced by Sunak, who was preferred by just 19 per cent.

The poll also found that almost three in 10 of the Tory electorate (29%) had already voted. Some 47% said they would definitely be voting for the candidate they had opted for. Just 19% said they had yet to make up their mind.

Opinium said that while these findings meant it may still be possible for Mr. Sunak to pull off a “stunning comeback” to enter 10 Downing Street, but to do so he would have to win over almost all the undecideds and convert a sizeable chunk of those not fully behind Truss.

The Foreign Secretary’s support is particularly strong among older Conservative members, while Sunak’s is far higher among younger ones. For Sunak the most cited reason was that he would be better at managing the economy (22 per cent), while 10 per cent said they regarded him as the most competent or intelligent.

A main reason mentioned by people who backed Ms. Truss was dislike of Mr. Sunak (14%). The same proportion (14%) said the Cabinet minister was more honest and trustworthy, while 10 per cent chose the fact that she had remained loyal to Johnson and not called on him to resign. Around 2% of Tory members cited race or ethnicity as a reason for supporting Ms. Truss and not Mr. Sunak.

Meanwhile, the bookie’s odds also continue to be firmly in favour of a Ms. Truss win at 88% as opposed to 12% for Mr. Sunak. Both hopefuls continue to pledge new commitments if elected, with Truss saying she would take on the role of “Minister for the Union” and Sunak promising to introducing legislation to make the UK “energy independent” by 2045 at the latest, as he vowed to ensure there is no repeat of the looming winter crisis.

After voting closes on the evening of September 2, the winner between the two finalists will be declared on September 5 and he or she will take charge as Tory leader and British Prime Minister immediately.