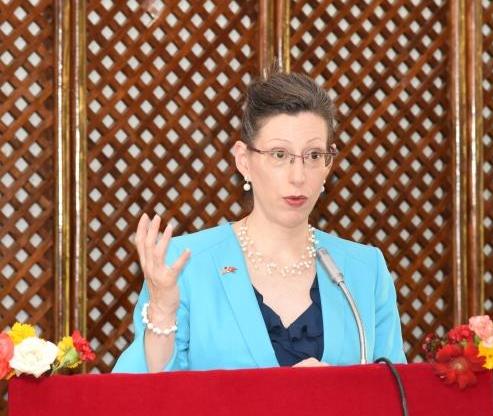 May 16, 2017 – The United States recognizes the efforts of all stakeholders – including the Government of Nepal, the Election Commission of Nepal, civil society, political parties, and the citizens of Provinces 3, 4, and 6 – in conducting what appears to have been a largely peaceful and broadly supported first round of local elections in Nepal.

We now urge all stakeholders to work to create the necessary conditions to ensure that the people of Provinces 1, 2, 5, and 7 are also given the same opportunity to peacefully exercise their democratic right to elect local representation during the second phase of local elections in June.

The United States strongly encourages the Government of Nepal to permit unrestricted international election observation during second phase of local elections, in order to enable the international community, including accredited diplomats, to observe and offer support to the outcomes of the election.

With less than thirty days before the next poll date, we encourage continued efforts to forge a political agreement that enables the broadest participation of voters in the phase two elections as possible for an inclusive process.  This will increase the credibility of the electoral process and strengthen democratic transition across the country.

We call on all parties to mutually respect the freedom of peaceful expression and assembly, and individual voters’ rights as laid out in Nepal’s laws and constitution.  We also call on the security forces to exercise restraint and comply with existing national and international standards when carrying out their duties.

The United States remains committed to working with all stakeholders for a peaceful, inclusive, broadly-supported, and credible election process.