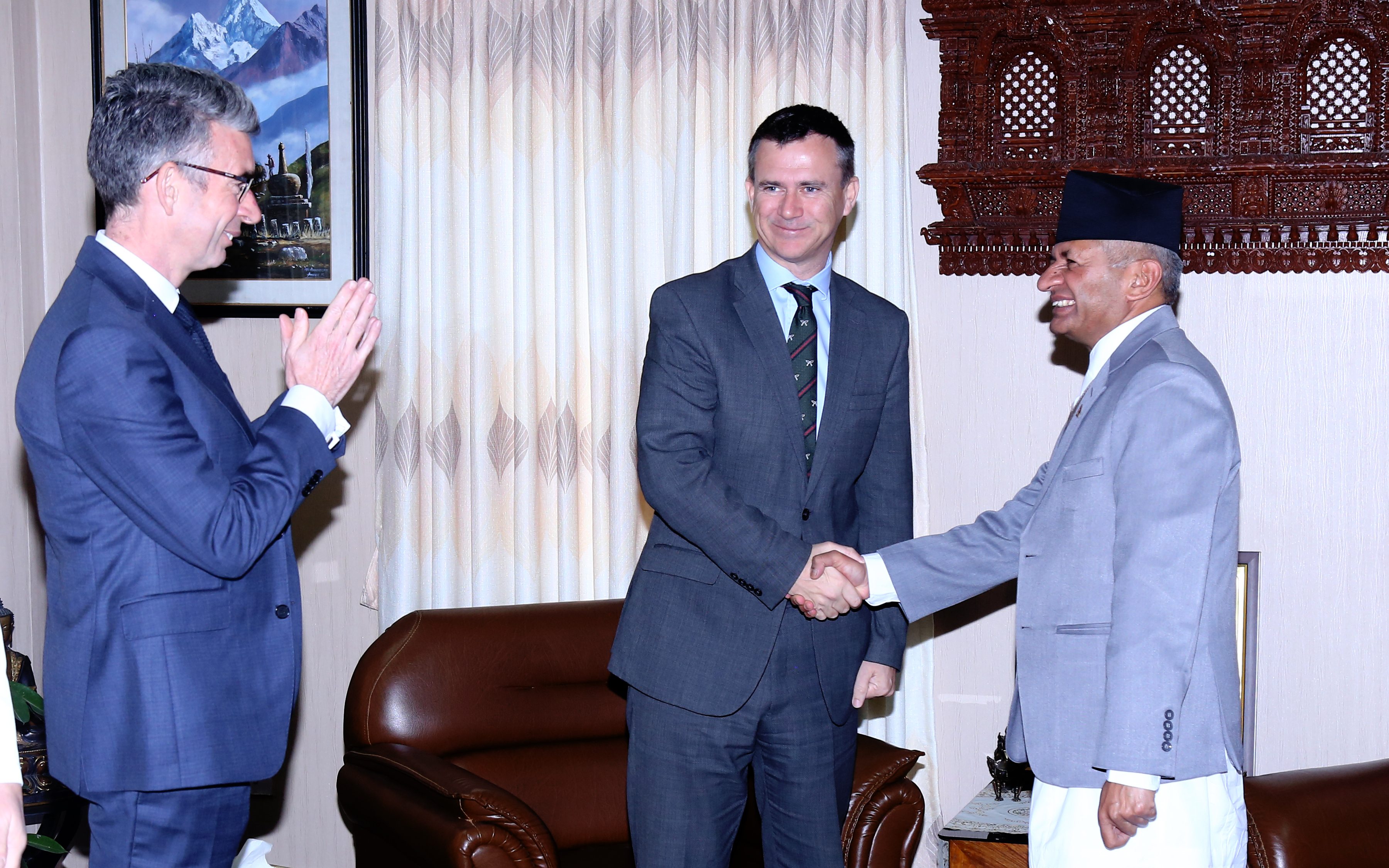 The visiting Minister of State for the Armed Forces of Britain, Mark Lancaster, made this commitment during a meeting with Minister for Foreign Affairs, Pradeep Kumar Gyawali, at his office in Singha Durbar today.

During the meeting, the two ministers exchanged views on Nepal-Britain relations as well as on all matters of mutual concern and interest. Foreign Affairs Minister Gyawali on the occasion extended gratitude to Britain’s continued cooperation to Nepal.

“We held discussions on British support to Nepal for development and construction, the peace process and emergency cooperation, among others, and the opinion of Nepal and its people towards the UK, a reliable partner in Nepal’s development and a country with which Nepal has multi-faceted relations,” Minister Gyawali said, talking to RSS after the meeting.

He said he emphasized on resolving the problems of the ex-British Gurkha soldiers by addressing their demands and also on evaluating their contribution without confining settlement of the issues only to financial domain.

Minister for Foreign Affairs Gyawali shared that he urged the UK government to be flexible to the maximum extent when it comes to resolving the ex-British Gurkha soldiers’ concerns to which the British Minister of State was positive.

He stated that the British Minister of State for Armed Forces expressed during the meeting the British government was preparing to make an announcement in the near future in connection to addressing the problems and concerns of the ex-British Gurkha soldiers.